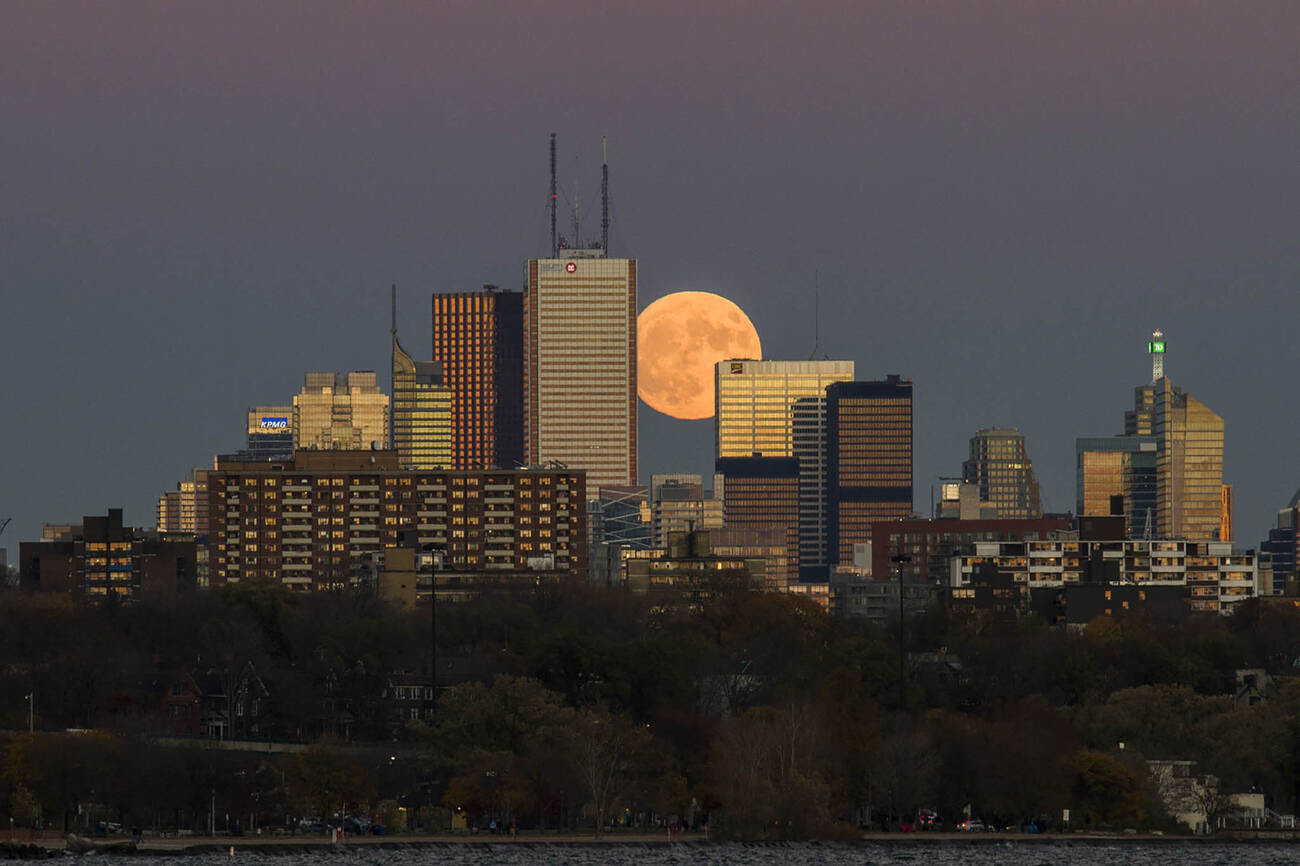 It's been a quiet year for lunar events in Toronto, particularly considering all the drama that we had in 2016. But, finally a full supermoon is set to rise over the city.

The giant-looking moon set to rise above the city on the evening of December 3 will be this year's only true supermoon, though it'll be followed by two more in January, the last of which will qualify as a rare super blue moon (the second full moon in a single month).

Full moons are characterized as "super" based on their proximity to earth. In this case, the moon is set to be about 357,987 km away, which is roughly 50,000 km closer than the full moon we witnessed in June this year.

To catch the Cold Supermoon, as this month's moon is called, look to the east northeast at 5:13 p.m. when it's expected to crest the sky. The following day will also provide a good show at 6:09 p.m.

If there's buildings or other items between you and the horizon, it'll take a while to spot the moon rising above them (but they might make the moon appear even larger).

A good spot to go moon watching in Toronto is Humber Bay Park West, which provides a sweeping view of the skyline and harbour, over which the giant orb will rise in all its majesty.

With any luck, a brilliant sunrise will just be wrapping up opposite the moon.

by Lisa Power via blogTO
Posted by Arun Augustin at 10:47 AM