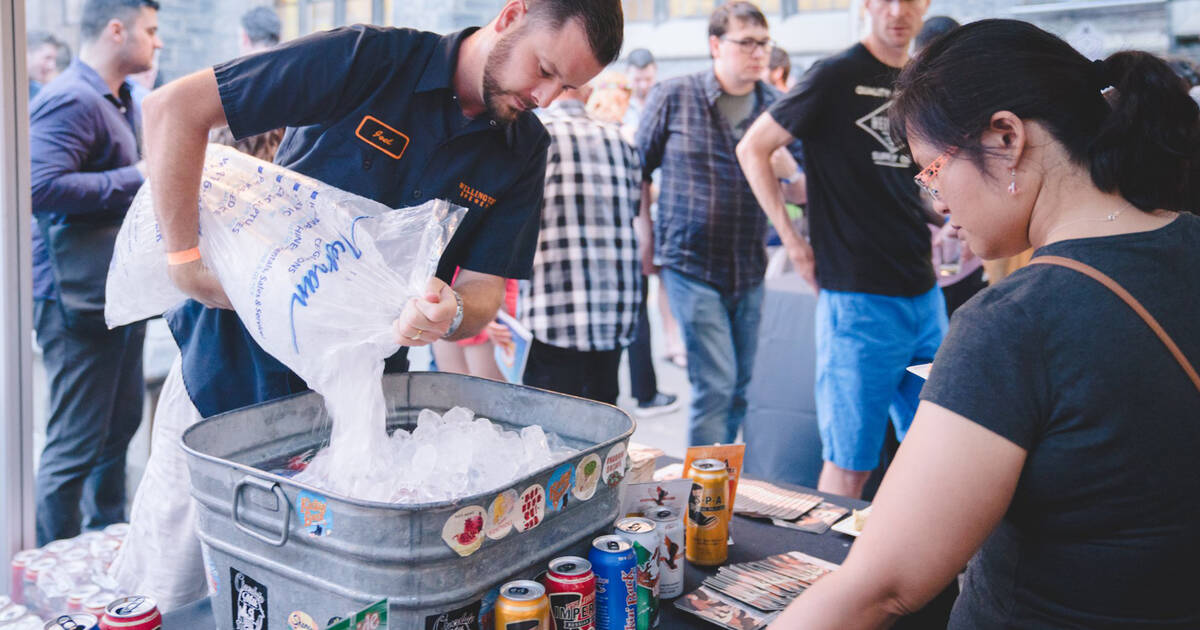 Welcome to August, Toronto, where events today are in full summer mode with a big beer festival and low-country boil. A fleet of food trucks is pulling up to one of the city's newest parks and you can get sweaty at a hot party or stay cool with the music of Ada Lea.

Hart House Craft Beer Festival (August 1 @ Hart House)
Nested in the courtyard of the historic Hart House is this big beer festival that looks to host local brewers and a huge unlimited barbecue feast.
Ada Lea (August 1 @ Drake Underground)
The melancholic and tragic sounds of love and loss are captured with Montreal's Ada Lea as she paints a vivid picture of both through her indie rock sounds.
Food Truck'N Friday (August 1 @ College Park)
It may be Thursday but this weekly food truck series is pulling up to one of the city's newest and nicest parks with a huge selection of street food vendors.
GUMBOANA (August 1 @ Nest)
Get ready to sweat to the hottest soca and dancehall beats courtesy of Trinidad and Tobago DJs Travis World and Artiste Team at this art dance party.
a window is also a field (August 1 @ Patel Gallery)
Artist Tessar Lo's solo exhibition looks to change the viewer's perspective on time and place with works that shift frames to make us see beyond.
Wild at Heart (August 1 @ TIFF Bell Lightbox)
Part of TIFF's ongoing series on director David Lynch, Nicolas Cage and Laura Dern star in this love story born out the darkness of the heartland.
Indie Machine Turns 10 (August 1 @ The Baby G)
The Toronto-based multimedia music series iNDiE MACHiNE is turning 10 and celebrating with a special lineup of musicians and artists from around the city.
Footloose (August 1 @ Revue Cinema)
The Revue's ready to cut loose as their Heat Wave series continues with the dancey Kevin Bacon stirring things up in this 80s classic.
Low Country Boil (August 1 @ Eastbound Brewing)
Eastbound's famous low country boil is back for a great summertime with food and drinks served up family-dinner style.
Slang (August 1-8 @ Bad Dog Comedy Theatre)
Comedian Tom Hearn is ready to put on a special show with all-original material that will see him doing the most, alongside drag by Priyanka.