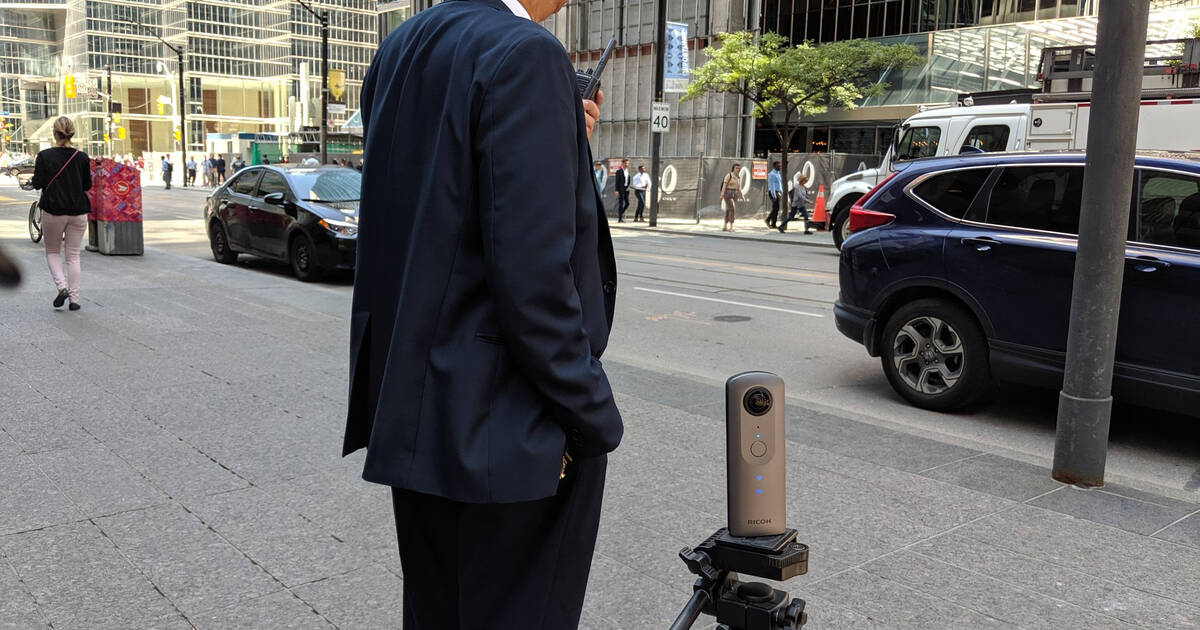 A man was standing on a sidewalk outside of the Toronto-Dominion Centre in downtown Toronto taking photos when a security guard told him he was on private property and had to stop.

Robin Mazumder, a doctoral candidate in cognitive neuroscience at the University of Waterloo, was taking pictures of buildings for his dissertation. He uses virtual reality to study how architecture makes people feel, which is why he was studying the building.

I'm taking pictures of buildings, while standing on the sidewalk, and this security guard (in vest) interrupts me to tell me that I'm not allowed to take a picture of the building because it's "private property." pic.twitter.com/vabQlV8ABm

“We really need to address the issue of privately owned public space. Public space where we can freely exist is diminishing,” he wrote on Twitter.

Mazumder asked the security person who approached him for his name and the guard responded by covering his name badge.

This guy was actually helpful, but it's clear that no one even knows where private space ends and public space begins. As far as I'm concerned, I'm standing on a sidewalk. pic.twitter.com/4fJWwwLeJN

The guard attempted to explain where the public sidewalk ends and private property begins. He pointed to an arbitrary part of the cement and drew a line with his finger, but then said, “There is no defined limits.”

Photography laws can be murky and up to interpretation, but in most cases, Canada’s commercial photography by-laws dictate that you can take photos of private property from any public space, often even when security says not to.

by Hannah Alberga via blogTO
Posted by Arun Augustin at 2:20 PM