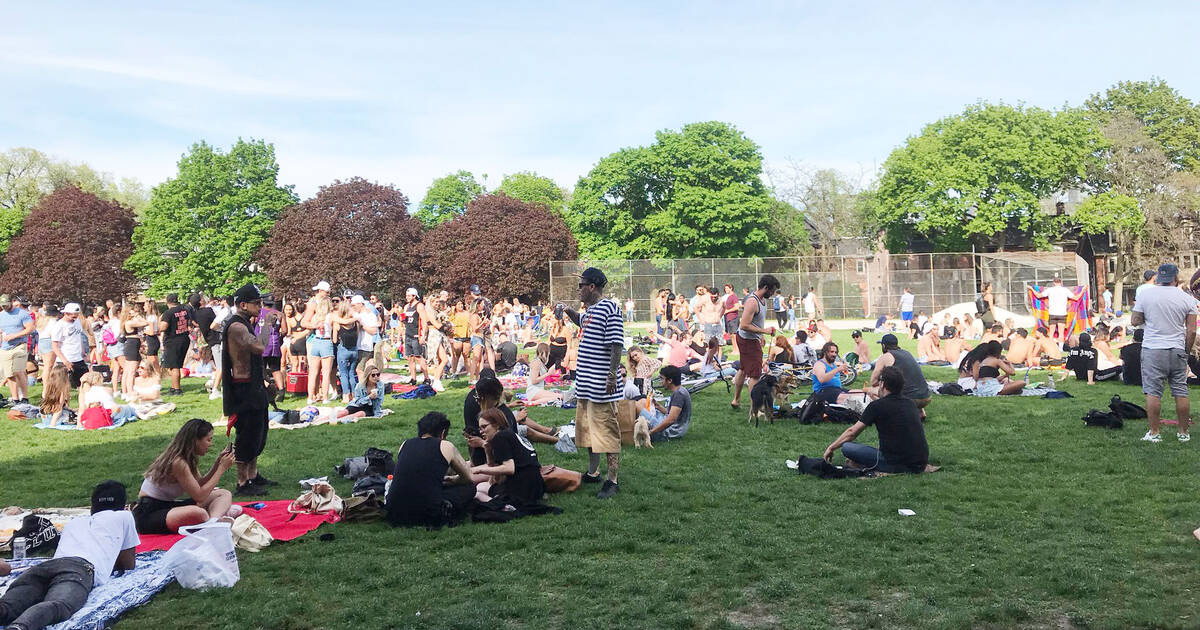 Doug Ford expressed his displeasure with the crowds at Trinity Bellwoods Park yesterday in a live statement this morning, comparing the scene to a rock concert.

"The images I saw yesterday from Trinity Bellwoods Park in Toronto...you know, I thought it was a rock concert at the beginning when I went out there," said the premier. "I was absolutely shocked."

“I thought it was a rock concert at the beginning,” premier @fordnation says he was absolutely shocked after seeing images from Trinity Bellwoods yesterday. “We just can’t have that right now, it’s too many people too close... we have to stay on guard.” #covid19 pic.twitter.com/VInQN5nfxp

He goes on to say that he understands the temptation to go out and have a good time as the weather gets nicer, saying parks were opened so people could do exactly that.

"But the images I saw, we just can't have that right now," said Ford. "It's just too many people too close. And it might not even be about the young people, they can go home and give to their parents or their grandparents because there's still a deadly virus amongst us, and if we allow it, it will spread. It will spread like wildfire."

He then goes on to say, "We have to stay on guard, and the key, our best defence right now is to ramp up testing," promising a detailed testing strategy next week.

The City of Toronto released a statement on May 23 saying that there would be an increased police presence at Trinity Bellwoods today, and that distancing would be strictly enforced.

by Amy Carlberg via blogTO
Posted by Arun Augustin at 9:48 AM