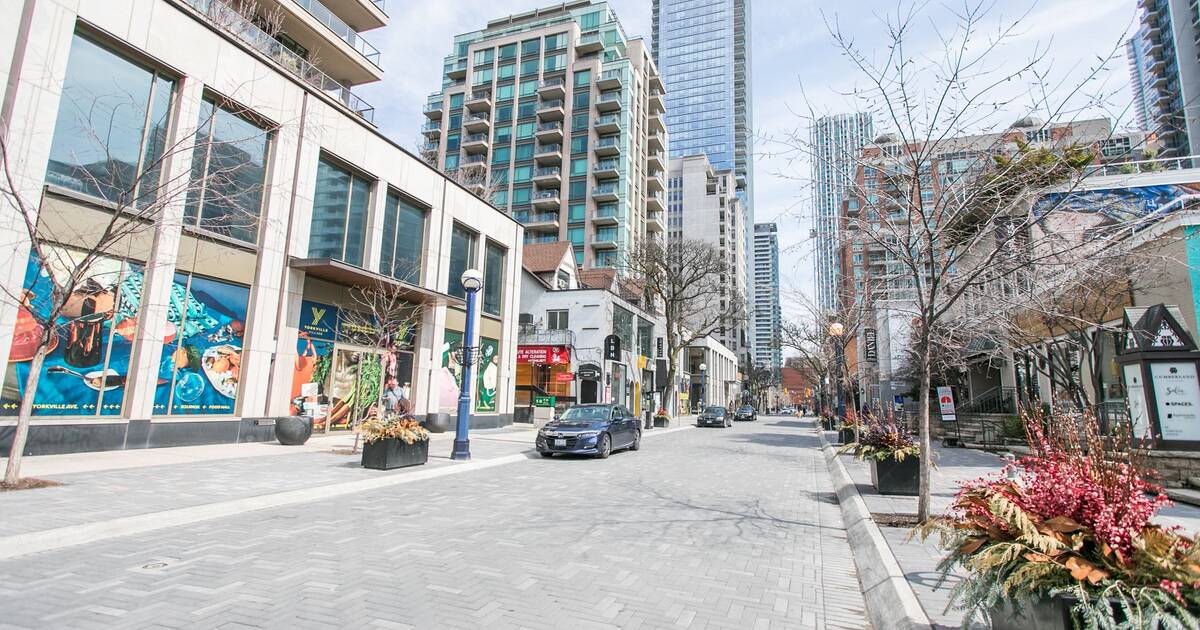 The City's announcement earlier this week that they plan to introduce roughly 40 km of expanded and accelerated bike routes throughout the city was certainly welcome news to Toronto cyclists, but some small business owners aren't quite so keen.

The Bloor-Yorkville Business Improvement Area (BIA) and GreekTown on the Danforth BIA have both sent letters to the mayor and City concillors over the past two days openly opposing parts of the proposed cycling network expansion.

Under the new plan, both areas would be impacted by the new biking infrastructure as it calls for cycle tracks on Bloor Street from Avenue Road to Sherbourne Street, as well as Danforth Avenue from Broadview Avenue to Dawes Road.

"We have reviewed an email sent by Councillor Layton to our executive director, Briar de Lange, on Saturday, May 23rd and find it unfortunate that neither Councillor Layton nor ActiveTO included our BIA in your bicycle lane expansion decision making, despite our multiple requests to participate in the process over the past years," reads the Bloor-Yorkville BIA's letter to City Council.

"There has been no public consultation or any community engagement with the Bloor Street property owners and businesses."

The letter goes on to explain that business owners in Yorkville are already suffering from the effects of the pandemic and the BIA is trying to help merchants by organizing a scheduled curbside pickup service on Bloor between Church Street and Avenue Road.

Open for Online: Check out what Bloor-Yorkville Businesses Offer Digital Solutions from the best workouts to your fav takeout 💪🥡#OnlineTime #TakeoutTime https://t.co/qHP3aj1rrD

"Now is not the time to be creating additional challenges for our retailers," it wrote.

They also say Bloor Street businesses paid more than $13 million to improve the street, including by making sidewalks wider to safely accommodate more pedestrians and making the curb lane wider at 3.3 metres to accommodate cyclists in a sharrowed lane versus a standard car lane of 3 metres.

"To date, the City has done a very poor job with the existing bike lanes with shoddy infrastructure, confusing pavement markings and unsafe conditions. Both drivers and cyclists are confused by the current bikes lane systems, which are inconsistent throughout the city," the letter notes.

The BIA also says the "pinch point conditions" created by the bike lanes on Bloor Street west of Spadina have caused the Santa Claus Parade to reroute because the street is now too narrow to accommodate its floats.

Should the same thing happen this time around, they say "the future of all parades and events for Bloor Street and the Danforth will be in jeopardy."

But Toronto columnist Matt Elliott did point out on Twitter that Bloor bike lanes between Avenue and Shaw were installed in 2016 and the parade didn't change routes until 2019, pointing to road construction as the reason for the change and not bike lanes.

I also don’t get the Bloor-Yorkville BIA’s claim that the Santa Claus parade changed its route due to the bike lanes. Bloor bike lanes between Avenue & Shaw were installed in 2016, parade didn’t change routes until 2019, citing road construction, not bike lanes. pic.twitter.com/4Nk1JUJ4hl

Still, the GreekTown on the Danforth BIA expresses a similar sentiment in their letter, and they too say they're "disappointed" at the lack of public consultation with property and business owners.

"This is particularly upsetting as it is not a secret that GreekTown BIA has been vocally opposed to bike lanes on the Danforth and the negative impact that they will have on our businesses," they wrote.

They say restaurants and their patios should have priority over the space once they're permitted to reopen, and that there simply won't be enough room on the street to accommodate parking and loading on both sides of the Danforth, a separated bike lane in both directions, curbside pickup and delivery, expanded patios, curb lane pedestrian zones and traffic lanes in both directions.

Both letters also mention the fact that, while this proposal has been framed as a temporary pilot project, it's no secret that pilots in Toronto are often a precursor to a permanent installation.

"The timing of this proposal is insensitive to our member businesses struggling for their survival," notes the Danforth letter. "Anything that shifts focus off of survival of main street businesses is unacceptable."

Meanwhile, cycling advocates have praised the City's new proposal for providing a safer, healthier and greener way for residents to get around Toronto, particularly throughout the pandemic but also beyond.

The staff report on the cycling network expansion — along with these letters — is set to go before City Council tomorrow, May 28.