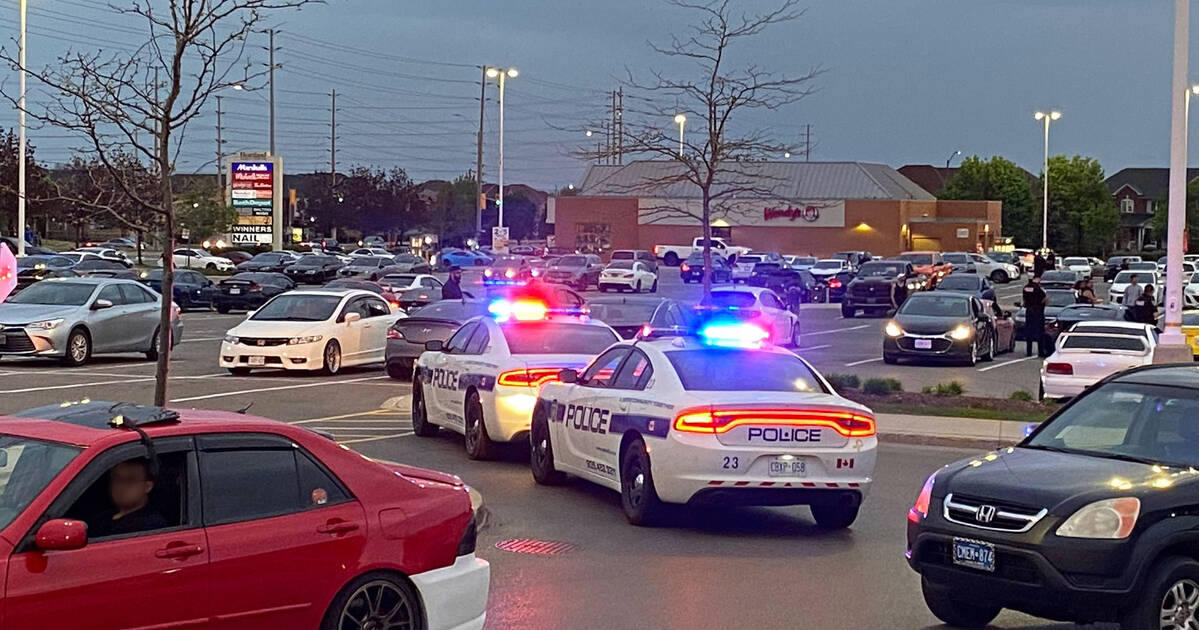 More than 100 tickets were handed out in a Mississauga parking lot last night after police broke up a stunt racing party that involved hundreds of cars.

Gathering in groups is not okay, meeting to go out racing is not safe for anyone. @PRPRoadSafety was out in full force last night. 112 Bi-law tickets, 67 HTA, 2 Criminal charges and 370 car stopped. Working with @CityMississauga & @CityBrampton By-law #Community #SlowDown #PRP pic.twitter.com/yLAuwyL0aG

"Gathering in groups is not okay, meeting to go out racing is not safe for anyone," they said.

Stunt driving in Ontario has risen to historic levels since the pandemic started: during the week of April 21, charges were up by nearly 600 per cent in Toronto compared to the same time period in 2019.

Great team effort by @PeelPolice @citymississauga and @CityBrampton bylaw officers to educate motorists and enforce traffic laws and social distancing. Making sure that citizens can travel on our roads safely. pic.twitter.com/uH4ar7w9Wf

Episodes of reckless driving in the past month include a donuts at Yonge-Dundas Square, a Fast & Furious-style gathering at the Queensway an East Mall area, and a 19-year-old who was clocked doing 308 km/h on the QEW.