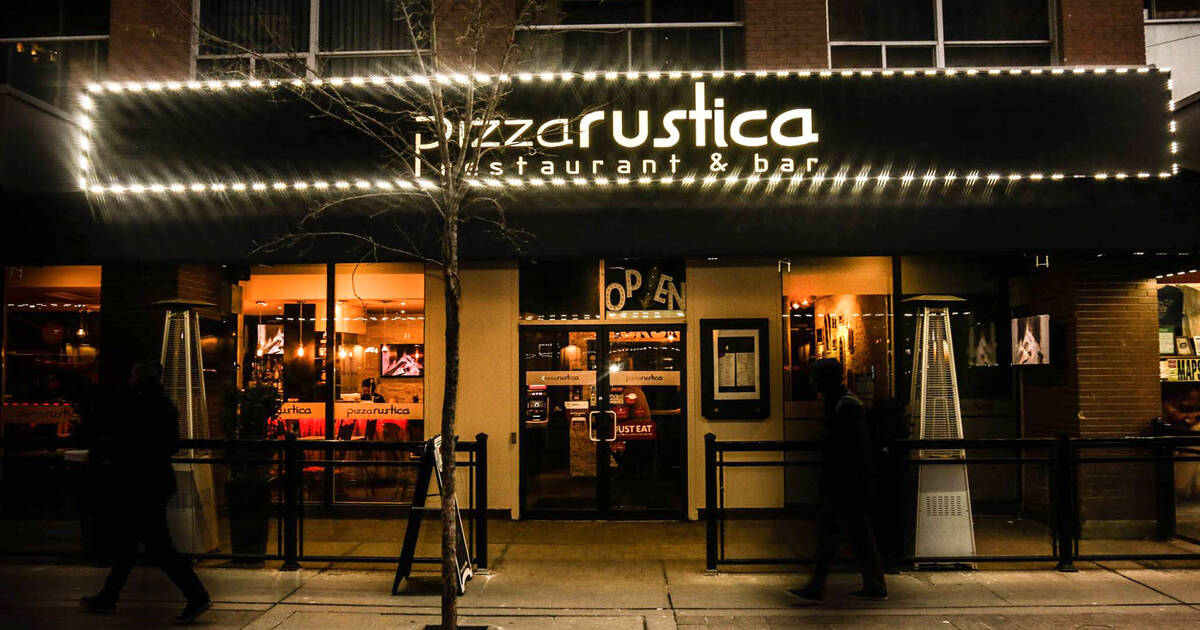 Disturbing allegations are blowing up Twitter today of someone working in a downtown Toronto pizza joint hurling racial slurs toward a group of journalists while they were reporting on a high-profile murder case.

CityNews journalist Faiza Amin first tweeted about the experience late Wednesday night, noting in a thread that she had been hesitant to share her story out of respect for the young man whose death she was covering at the time.

"My spirit is all the way down. While reporting on a story about a young black man murdered in Toronto, we were interviewing an employee of a shop," she wrote. "When the owner/manager(?) accosted us and another reporter, telling us to leave. Also saying: 'I don’t want these N***ers coming here'."

"It was scary," Amin continued. "He said the N word, so brazen without hesitation."

It was scary. He said the N word, so brazen without hesitation.

I was hesitating to share this, because I don’t want to take attention away from the fact a 21 year old was violently killed in our city. 21. Parents lost their son, siblings lost their brother. I can’t imagine.

Amin did not name the business in question, despite recieving a torrent of replies from people asking where this had happened and who they should immediately start boycotting.

Her CityNews colleague Ginella Massa, however, stated Friday morning that it was someone from Pizza Rustica at 37 Blue Jays Way who had uttered the dispicable slur.

"This left me fuming," wrote Massa on Twitter just after 9:30 a.m. "After the week we’ve had, it infuriates me that racists continue to act with no consequence. Faiza is too classy to name them, but for those wanting to avoid this place, I'll say it happened at Pizza Rustica. His response when confronted: 'It's not a big deal'."

Massa's tweet has been circulating like wildfire online all day, prompting thousands of people to decry Pizza Rustica over the allegations (among other things.)

This left me fuming. After the week we’ve had, it infuriates me that racists continue to act with no consequence. Faiza is too classy to name them, but for those wanting to avoid this place, I’ll say it happened at Pizza Rustica. His response when confronted:“It’s not a big deal” https://t.co/hhyoacYxt0

When asked about the allegations, a Pizza Rustica manager who identified herself as "Anna" denied that the restaurant is a racist venue.

"Please note that this establishment does not condone any racism. The truth of the story was that the media was forcing and pressing for interviews about the tragic event that took place," she said on Friday.

"Houdini along with friends was a regular daily customer of ours. Everyday he purchased penne a volka with no pork, add chicken, and cheese pizza with garlic bread. Not only was he a daily customer he was scheduled to film his next music video at Pizza Rustica."

Anna said that Houdini was a friend to the business and that the tragedy hit their staff hard.

So @PizzaRustica when are we gonna discuss how your white owner loves to promote Black Toronto Raptors players eating your pizza but is also a racist? https://t.co/Oskrjb2rM4

"We refused all media and frontline workers entry and the reporters did not like that as they had no new news to report," said Anna of why the CityNews crew was told to leave the scene.

"In a time we should be mourning a loss of life, why is it that this reporter wants to show hatred? We were the ones who attended the vigil at Bisha along with the direct family of Houdini at 8 p.m."

When asked directly whether or not someone working at or for Pizza Rustica had uttered the racist slur, Anna stated that "no one used the N-word towards this news crew."

"Someone died on Blue Jays way that is what needs to be focused on... a 21-year-old was murdered and lost his life," she said, noting that the business did not want any further media exposure out of concern for the safety of its staff.

"At this moment we are receiving threatening phone calls that people are going to shoot the restaurant windows and this is impacting the safety of our employees," Anna said.

"It appears the reporter has started a flood of negative comments/remarks and is attempting to boycott our restaurant just because we didn't want to provide any comments to the news outlets."

"The calls have gotten so bad, they are calling saying that they are going to shoot at us. I am very concerned," said the Pizza Rustica manager. "We are here to serve the public, our team is a diverse multicultural group and we don't condone or tolerate racism."

Amin has yet to return a request for comment, but suffice to say the accomplished journalist got a different kind of vibe from at least one Pizza Rustica staffer.