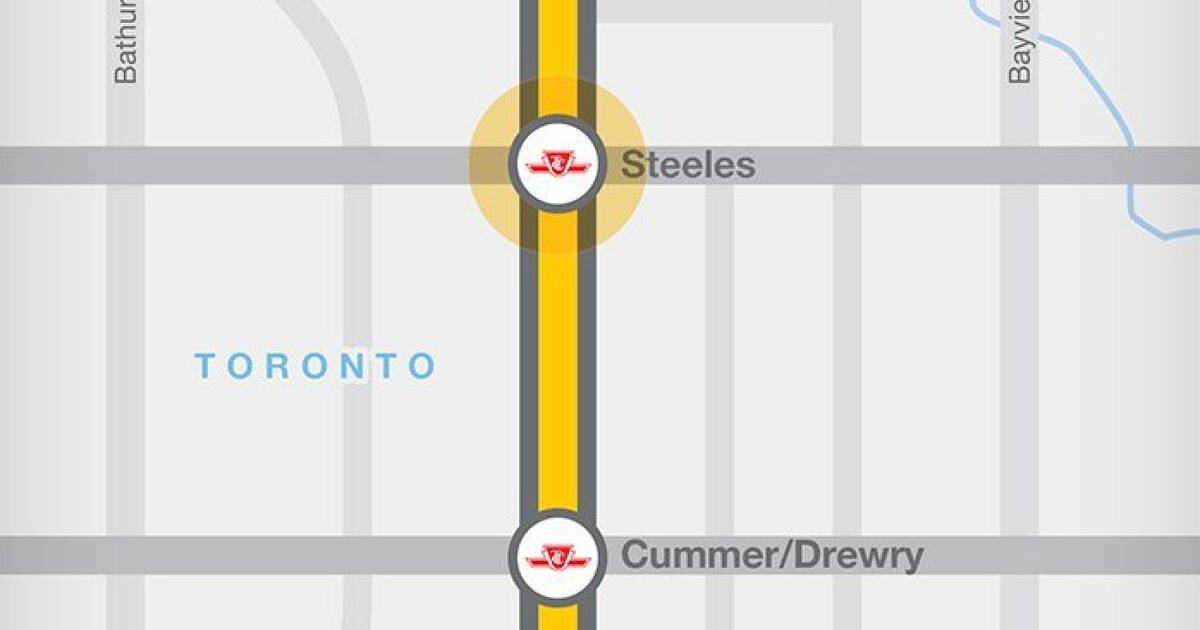 The Yonge North Subway Extension looks like it will be moving forward in what will be a boon of public transit action for Richmond Hill and Markham.

A preliminary agreement between the Ontario government and York Region was signed yesterday for a six-stop subway extension from Finch Avenue to Highway 7.

We are one step closer to delivering on our plan for more rapid, reliable and seamlessly-connected transit in the GTA.

Our Preliminary Agreement with York Region will help significantly expand the subway network with the delivery of the Yonge North Subway Extension. pic.twitter.com/q0Hv1p1H8n

The new track will span roughly 7.4 kilometres and serve Richmond Hill, Markham and Vaughan, which saw its own stop open in 2017.

The extension proposes at least six new stops and two connection hubs to the Yonge Street side of Line 1.

The extension is estimated to cost around $5.6 billion, 40 per cent of which the province is hoping the federal government will provide.

The entire project including planning, design and construction would be the responsibility of the province and overseen by Metrolinx with a completion date of 2030.

It would be one of four major GTA infrastructure projects, the others are the Ontario Line, three-stop Scarborough Subway Extension and the Eglinton Crosstown West Extension to Pearson Airport.

Snow and the cold weather hasn’t stopped #geotechnical investigations for the #YongeSubwayExt. Please slow down through work zones and drive safe. #SafetyFirst pic.twitter.com/ggH9hI1wIf

When asked yesterday if the province would scale back any of the its transit projects due to the pandemic, Premier Doug Ford said "absolutely not."

"Infrastructure is critical. And there’s no better way to get people back to work any time. You go back to the Depression, it's infrastructure," he said.