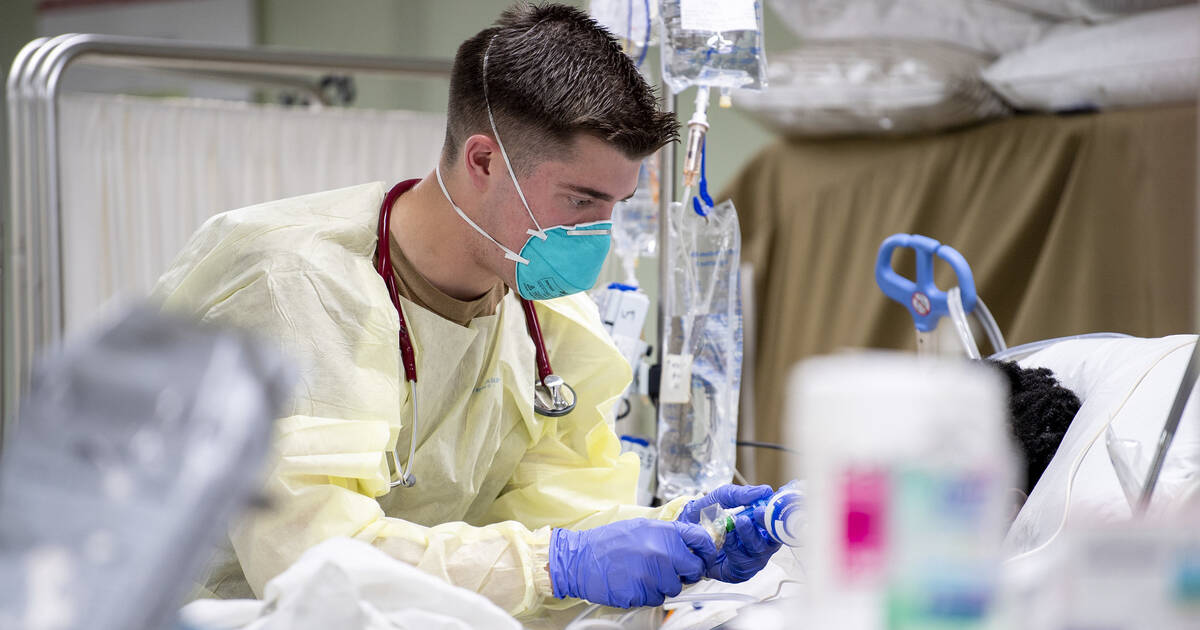 Today's COVID-19 data drop from the Ministry of Health shows no significant dip or spike in the number of new cases confirmed across Ontario, but the overall trends are looking much better now than they were last week at this time.

New case numbers came in under the 400 mark for the fifth day in a row on Friday morning, with only 344 reported through the province's integrated public health information system.

This is only slightly less than yesterday's figure of 383 and slightly more than the 287 and 292 cases recorded respectively on Monday and Tuesday, but represents a modest increase rate of just 1.3 per cent.

More significantly, perhaps, is the number of people currently hospitalized as a result of contracting the virus: 826 — the lowest number we've seen since late March.

The province has also been ramping up its testing significantly in recent days after watching the number of COVID-19 tests completed per day drop to as low as just 5,813 amid a surge in newly-confirmed cases.

A whopping 18,525 tests were completed across the province on Thursday, according to Public Health Ontario, representing one of the highest rates we've seen to date and surpassing the province's own benchmark of at least 16,000 tests daily.

Yesterday's report of 17,615 on Wednesday, in fact, marked the first time Ontario had actually hit its 16,000 test target in ten days.

This is up from 15,133 tests completed Tuesday, 9,875 on Monday, and 8,170 on Sunday — great news as the populace moves through Stage 1 of Premier Doug Ford's economic reopening plan.

A grand total of 27,210 cases of COVID-19 have now been laboratory-confirmed in Ontario.

We're nowhere near out of the woods, but many are relieved to see things stabilizing after more than a week of watching new daily case numbers jump above 400.

Fingers crossed that testing rates stay sufficient enough to detect new outbreaks quickly, and that patient numbers steadily fall: Ford has made it clear that he won't hesitate to lock the province back down if he sees a significant spike in new cases of COVID-19 over the next few weeks.