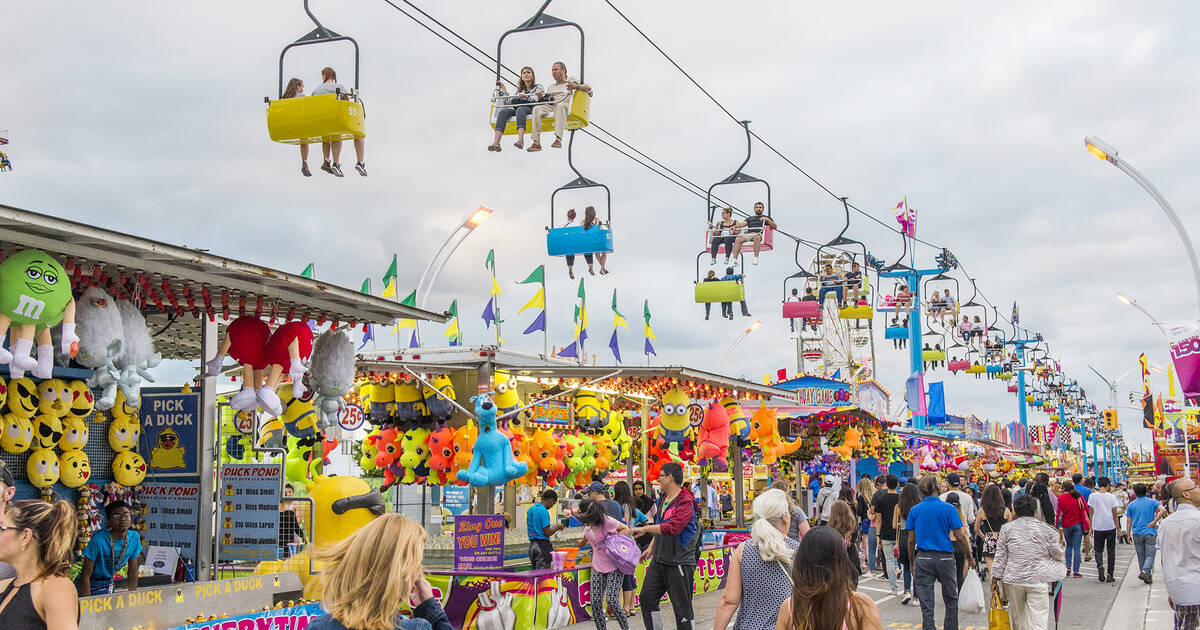 The arrival of the CNE has always been a harsh portent of Summer's twilight and Fall's unstoppable creep and this would have been opening weekend had the CNE not been cancelled and gone online this year.

Over the years it's been a simple, five word jingle that aims to capture that bittersweet emotion and turn it into a rallying cry, 40 years or so since its inception: "Let's Go To the Ex!"

"Let's Go To the Ex!" was the brainchild of celebrated ad man Jerry Goodis.

Goodis was a founding member of Canadian folk band The Travellers as well as tactical advisor, speech writer, communications counsellor and policy consultant for Pierre Elliott Trudeau, but he was also known for his Midas touch with jingles and advertising slogans.

In addition to "Let's Go to Ex!," Goodis came up with such classics as Harvey's "Harvey's Makes Your Hamburger a Beautiful Thing," Speedy Muffler's "At Speedy You're a Somebody", Swiss Chalet's "Never So Good For So Little" and hundreds more, most of which have sadly been lost to the ravages of time.

Goodis was hired by the CNE in 1980 to come up with a catchy jingle that recalled the greased up sounds of the 1950s, a decade which was still enjoying a renewed retro boom thanks to American Graffiti.

Enter Danny & The Juniors' "At the Hop," a modest chart topper from 1958 (that also featured in Graffiti) which with a few minor tweaks easily became an ode to the joys of going to the Ex.

Response was gushing, so the cheery tune was wheeled out every August in those glorious early 1980 summers, but inevitably when the CNE moved to a new ad agency in 1986 both the song and the saying were jettisoned in favour of a new approach.

By the late 1990s, some semblance of sense was restored and "Let's Go To the Ex!" returned from its decade-and-a-half hiatus, where to this day it pretty much remains the de facto theme song of the CNE.

People even sing it aloud on the TTC.

While we won't be going to the CNE this year in person, we can always get in the spirit with this catchy tune. Here are the official words.

by Staff via blogTO
Posted by Arun Augustin at 11:48 AM