Someone is placing unofficial heritage plaques around Toronto 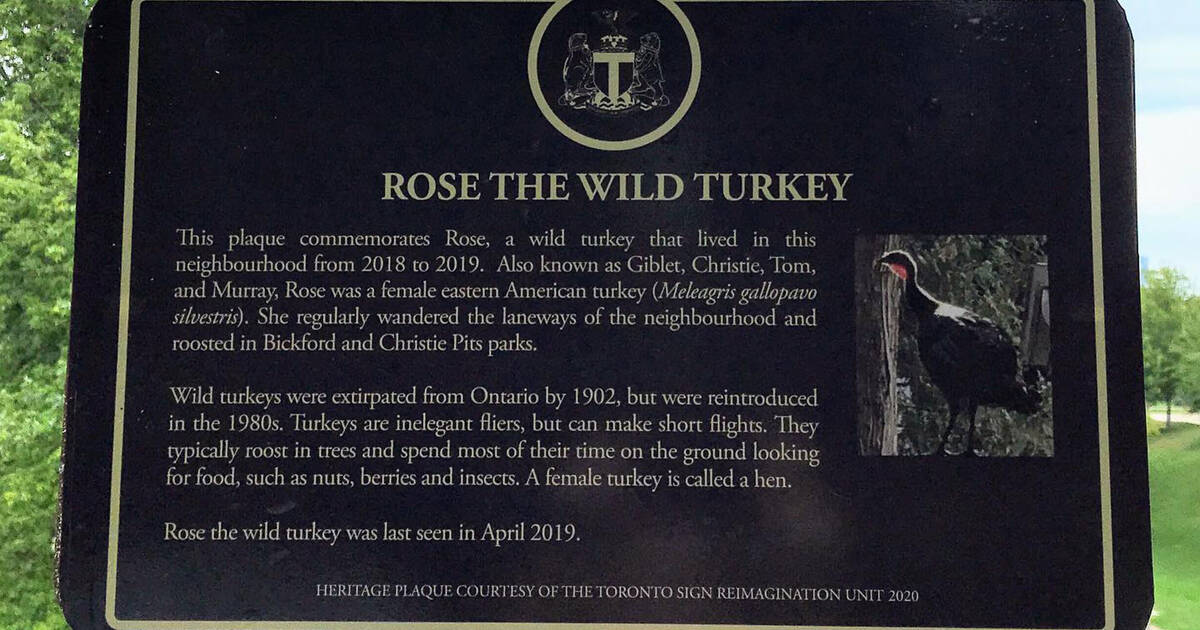 Heritage plaques are common in Toronto if you know where to look.

There are more than 700 in the city, according to Heritage Toronto. One neighbourhood has even been designated the Heritage Plaque District.

But the city might have just gotten it's weirdest plaque inspiration so far: the wild turkey that took over Christie Pits in 2018.

The sign, which has gone up on an electric pole at the park, was erected recently as part of something called The Toronto Sign Reimagination Unit, which has not been confirmed (and is very unlikely) as a legitimate branch of Heritage Toronto.

"Also know as Giblet, Christie, Tom, and Murray, Rose was a female eastern American turkey. She regularly wandered the laneways of the neighbourhood roosted in Bickford and Christie Pits parks," reads the plaque inscription.

I’ve received a range of reactions to the Christie Pits Wild Turkey (been around almost a year). Some neighbours dislike him. Some are afraid. Most enjoy the spectacle. This neighbour on Crawford likes the respectful relationship they have (from the safety of his kitchen window) pic.twitter.com/HCR5OFJdbh

The sign also provides an interesting background on how wild turkeys had completely disappeared from Ontario by 1902 but were reintroduced in 1980s.

According to the sign, Rose the wild turkey was last seen in April 2019. Her whereabouts are unknown but her legacy will live on forever.