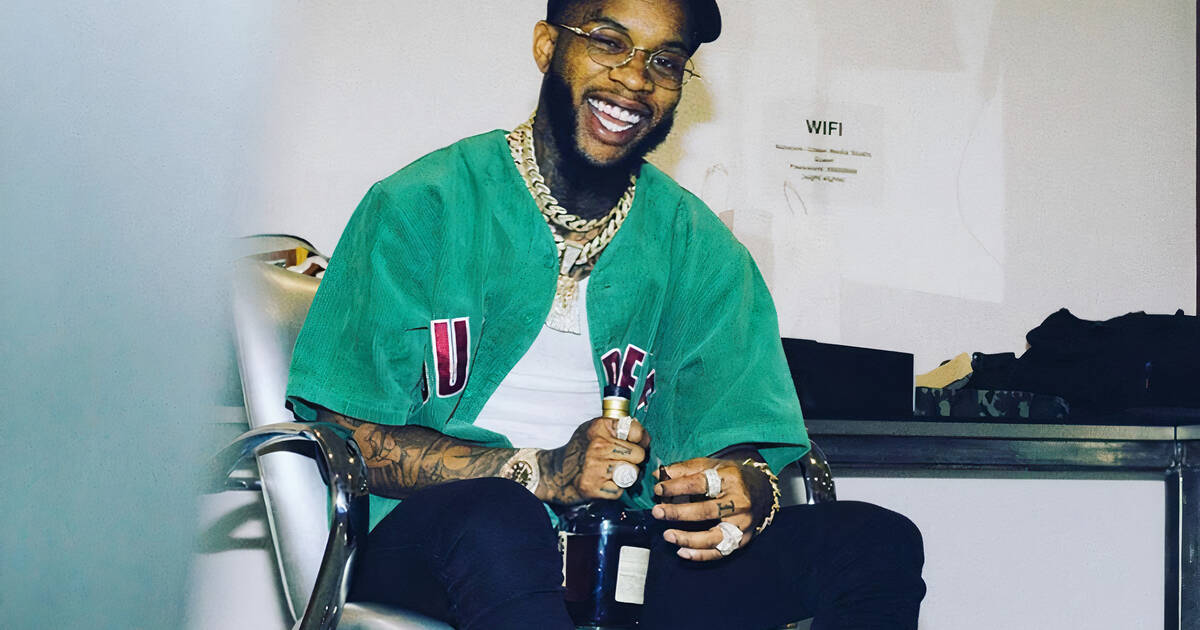 Canadian rapper Tory Lanez has been the subject of speculation since he was linked to the shooting of fellow performer Megan Thee Stallion.

The two were spotted hanging out together on the weekend of July 12, and were, early that morning, pulled over in Lanez's car by Los Angeles police, who were investigating a Hollywood Hills party that had apparently gotten violent.

Officers ended up arresting the 28-year-old Canadian on a concealed weapon charge, while Stallion, also in the vehicle, was taken to hospital with injuries believed to have been sustained at the party in question.

It was later revealed that she had been shot multiple times and that Lanez may have had something to do with it.

Them Toronto dudes gonna have to take that L for Tory...

Social media buzzed with theories of what exactly happened, and petitions eventually arose to have Lanez, a Toronto-area native, deported back to Canada from fans who felt he was the one who shot the 25-year-old Savage singer.

Now, Stallion has finally publicly confirmed what many believed all along — and people from Toronto are disowning their hometown hero over it.

Megan Thee Stallion confirms that Tory Lanez shot her while she was trying to walk away after an argument. He’s done. pic.twitter.com/sqpTAY2pmQ

In an Instagram Live video streamed on Thursday night, Stallion made the outright claim that Lanez was indeed the one who shot her "for no reason."

The confession came just hours after she had tweeted out "Lie one more time and ima quit sparing you," ostensibly a message to the Brampton artist.

"Yes, Tory shot me...you shot me! And you got your publicsts and your people going to these blogs lying and shit. Stop lying, why lie?" she said to the camera.

She then explained that she didn't tell the police what happened because she feared for her safety given the recent incidents of Black residents being shot and killed in interactions with law enforcement, and given that Lanez had a firearm in his possession.

She also outlined exactly how the confrontation went down.

@torylanez is not from toronto we don’t support female abusers.

The two were engaged in an argument, with Lanez in the back seat and Stallion in the passenger's seat. A friend and Lanez's security guard were also in the vehicle.

As Megan exited the car to leave, she alleges Lanez shot her from out of the rear window, hitting her in the heel as she walked away.

She clarified that she did not hit Lanez first and that the altercation was nothing to do with Lanez's associations with superstar Kylie Jenner that weekend, as was rumoured.

Stallion had taken to social media in the days after the crime to update fans, saying in an Instagram post that she had "suffered gunshot wounds as a result of a crime that was committed against me and done with the intention to physically harm me."

"I was never arrested, the police officers drove me to the hospital where I underwent surgery to remove the bullets."

She had also said at one point that the episode she felt "betrayed by a friend."

don't associate us with brampton!!!!!

The Houston-born rapper shared photos of her injuries for the first time on Aug. 19, telling fans her stitches had come out two weeks prior and addressing commentary about her being out and about despite her injuries, including to celebrate her and Cardi B's new #1 hit, WAP.

"Why are y'all so upset that I don't wanna be in the bed sad? Why y'all upset that I can walk?" she wrote in a since-deleted post. "I usually don't address internet bullshit but y'all people are so sick! God was really watching over me and I'm healing so well! Sorry, I'm not as sad and miserable as a lot of y'all lol but ima keep being Megan Thee Mf STALLION."

Drake, you have 24 hours to give up Tory Lanez or we air out all of Toronto

Most have been quick to jump to the woman's defence, condemning Lanez, calling him a bitch who isn't actually from Toronto proper, and vowing not to listen to his music anymore.

Some are even asking Drake to do something about the whole thing.

And then there are the select few, such as Toronto rapper Chromazz (known lately for being a close friend of Chair Girl's), that consider Stallion a "snitch" and have taken the side of Lanez — and are rightfully getting called the hell out for it.

Other celebs — like Jojo, who was due to have Lanez on the forthcoming deluxe version of her album — are also dropping the alleged perpetrator.

Lanez, who is currently out on bond after being released on a $35,000 bail, could face felony charges for assault with a semiautomatic firearm. He has yet to be charged with any crime, and the investigation is ongoing.