12 must-see concerts in Toronto this September 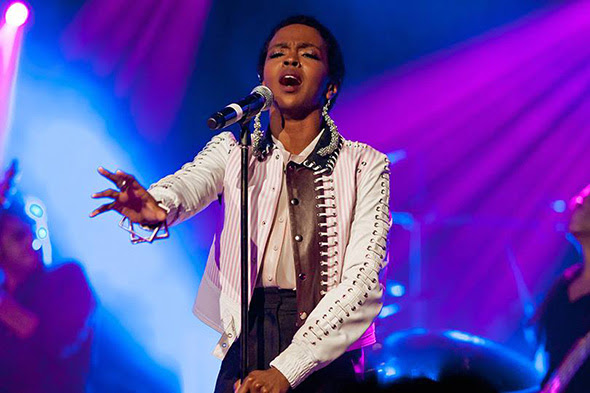 Toronto's must-see September concerts will give you zero chance to recover from the sun stroke and $12-dollar-beer debts you've incurred from too many outdoor shows all summer. Get back out there, because there are some legendary greats and unique up-and-comers blessing us with tunes all month.

Remember when I said festival season was almost over? Yeah, that was a lie. The onslaught keeps rolling with everything from TURF to TIFF, the latter of which is is even getting musical with a Pharrell street concert.

There's also Quiet Before the Storm (a precursor to hardcore celebration Not Dead Yet), the brand new Kensington Market Jazz Festival, Manifesto and the annual Polaris Prize award gala.

Here are the top choices for live music this month in Toronto.

Blood Ceremony (September 2, Lee's Palace)
'70-style paganists and one of Toronto's best-ever metal bands completed Lord of Misrule this past spring - in between frontwoman Alia O'Brian's bouts of working toward a PhD at U of T, I might add, no big deal, what have you done with your year so far? The official release party finally goes down this month at Lee's.

Frigs (September 8, Faith/Void)
The unkempt Toronto band has dropped the "Dirty" and signed themselves over to the Arts & Crafts overlords, but the new EP's definitely just as unpolished as ever. Plus, Faith/Void is a cool venue worth supporting in this post-S.H.I.B.G.Bs world.

Dolly Parton (September 9, Molson Amphitheatre)
"Pure and Simple" is Dolly's biggest tour in a quarter-century, named after her just-released 43rd (!!) studio album. Check out one of the greatest living songwriters at the Molson Amphitheatre.

Jenny Lewis and the Watson Twins (September 10, Massey Hall)
Remember when Jenny Lewis took her first steps away from Rilo Kiley and did a solo LP? Remember Rilo Kiley?? Anyway, that recording, Rabbit Fur Coat, is 10 years old, which means - you guessed it - anniversary tour.

Slayer (September 12, Sound Academy)
The thrash legends continue to celebrate 2015's Repentless with a tour featuring Death Angel and Anthrax - the latter of which means you get a full 50 per cent of the Big Four on stage in one night. Pop a wheelie and ride your branded BMX bike over to Sound Academy (before it becomes REBEL).

Lauryn Hill (September 15-16, Massey Hall)
Enigmatic and elusive, Lauryn Hill doesn't have the best rep for showing up to perform, but when she does, it's pretty much always everything you'd want from a bonafide legend. Hill presents "MLH Caravan: A Diaspora Calling!" over two nights at Massey Hall.

Anderson .Paak (September 17, TD Echo Beach)
The 10th annual Manifesto Festival brings the L.A. rapper/singer and Dre protege to Toronto to showcase his new-school, soulful, upbeat style of hip hop - and where else is better to hear songs from Malibu than on a beach?

Blood Orange (September 21, Danforth Music Hall)
Dev Hynes makes yet another one of his rare appearances this side of the border, this time on the heels of Freetown Sound, his second collection of retro-pop R&B tunes that's getting album-of-the-year type buzz.

Angel Olsen (September 24, Mod Club/September 25, Lee's Palace)
So far, Angel Olsen's sophomore album My Woman is looking (and sounding) like it's going to be way fun, amping up her intense country/folk-tinged rollicking further. You get two shots to see her: one at the Mod Club, then again at Lee's.

How to Dress Well (September 28, Mod Club)
Not 100 per cent sure, but I'm fairly certain the last time smooth, sensitive pop crooner Tom Krell was in town, it was when I saw him last summer, crowdsurfing with a slew of other metal-loving maniacs at Deafheaven's NXNE set. I assume this headlining return will be slightly more chill, in honour of forthcoming LP Care.

Thanks to Big Rock Brewery for sponsoring this post.

by Shazia Khan via blogTO
Posted by Arun Augustin at 10:23 AM