The transformation of Toronto's waterfront from 1800 to today

You don't need many photos to demonstrate the dramatic change the Toronto shoreline has undergone over the last 200 years. Unlike the gradual development of the city's skyline, the expansion of Toronto's land mass into the lake has come in huge spurts. 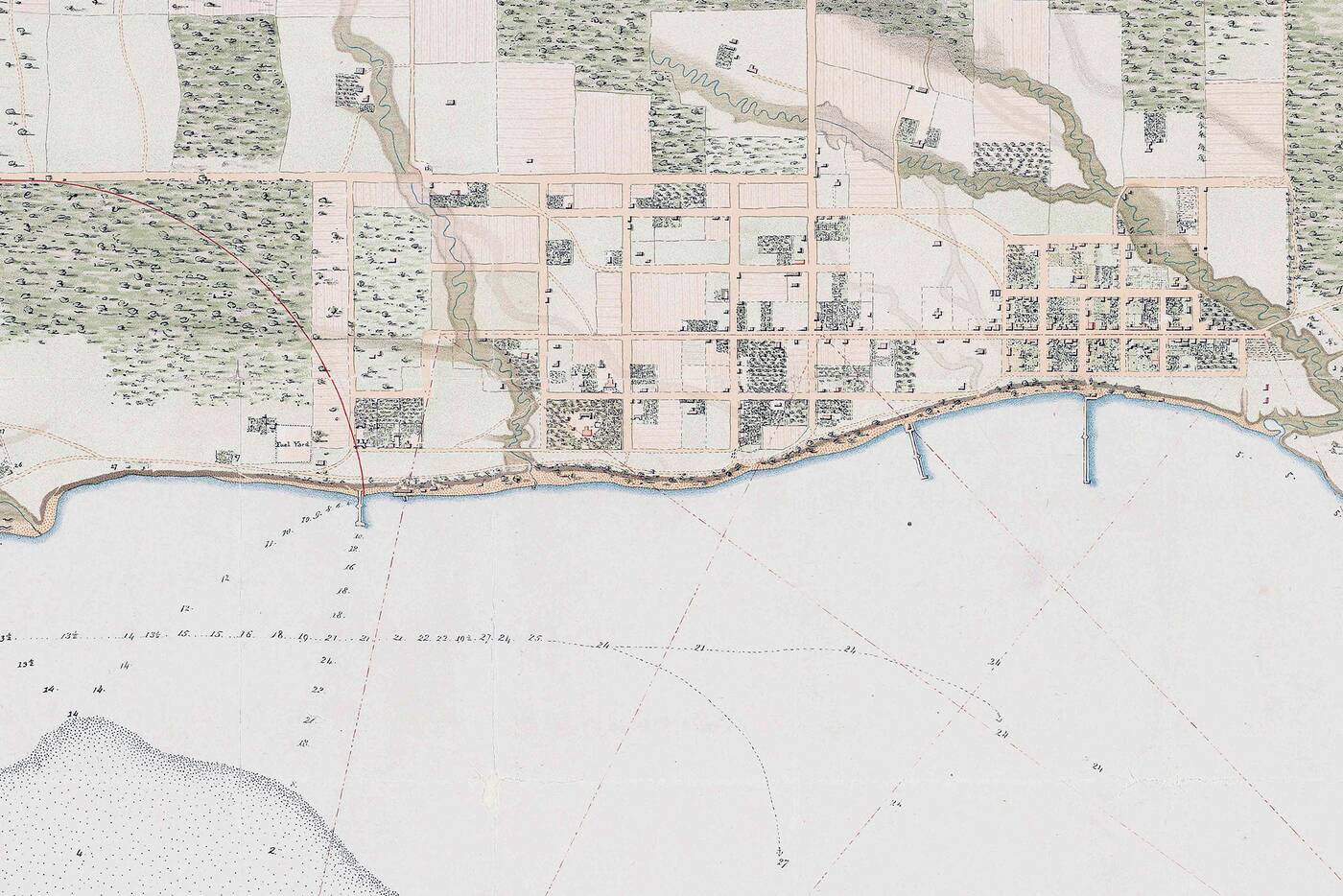 Going back to the early 19th century, Toronto was every bit a waterfront community. You would have been able to see the lake from pretty much everywhere. As the 20th century neared, however, the first reclaimed land pushed the shoreline south as the city also grew north. Looking at images from 1818 to 1893, you can see that much of the land south of Front St. didn't exist when the city was first settled. 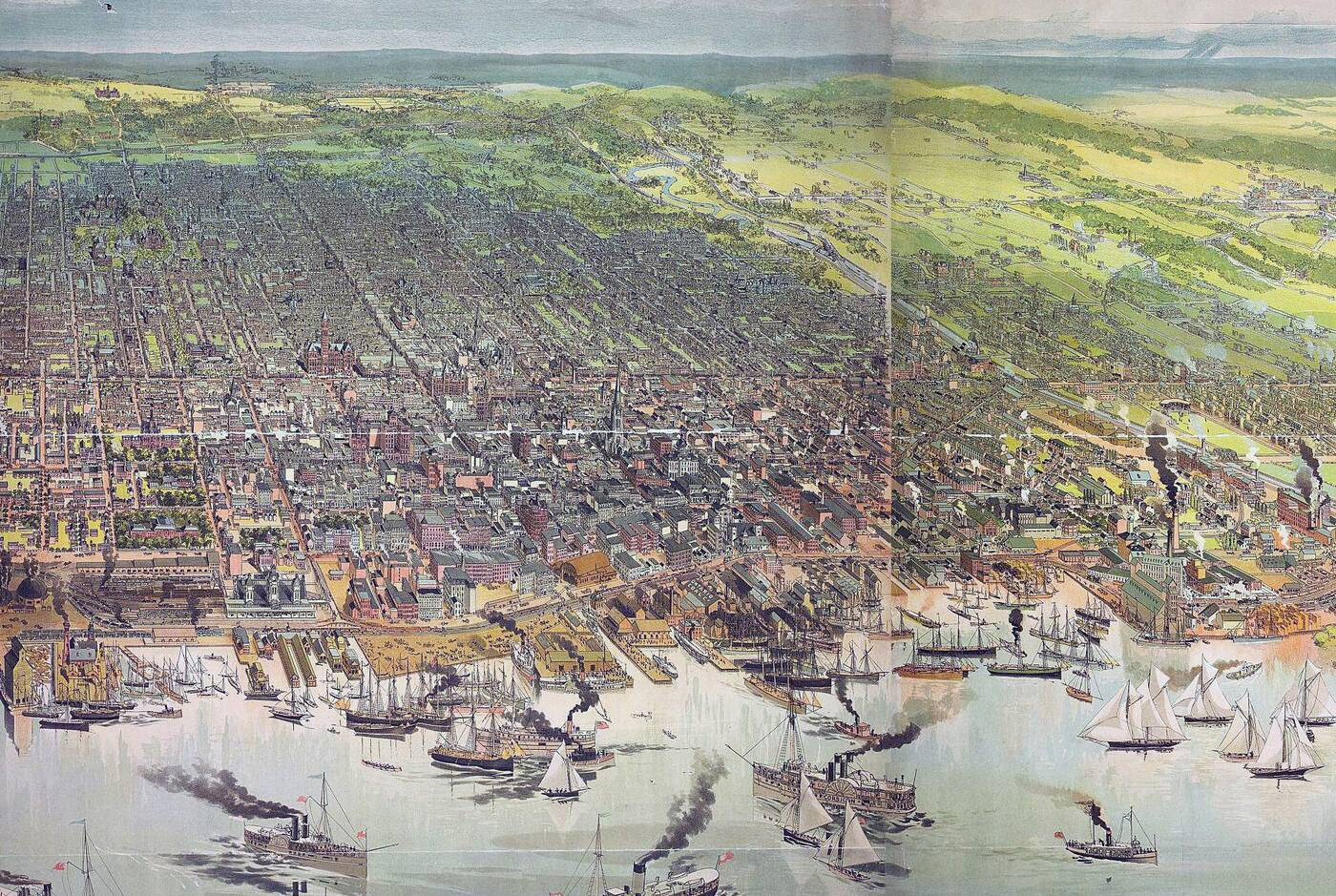 The big change, however, took place in the 1920s when the Harbour Commission actively filled in a huge chunk of the original harbour, creating much of the city that exists south of the Esplanade and Union Station. The difference between the shoreline in 1918 and 1938 is, in a word, remarkable. 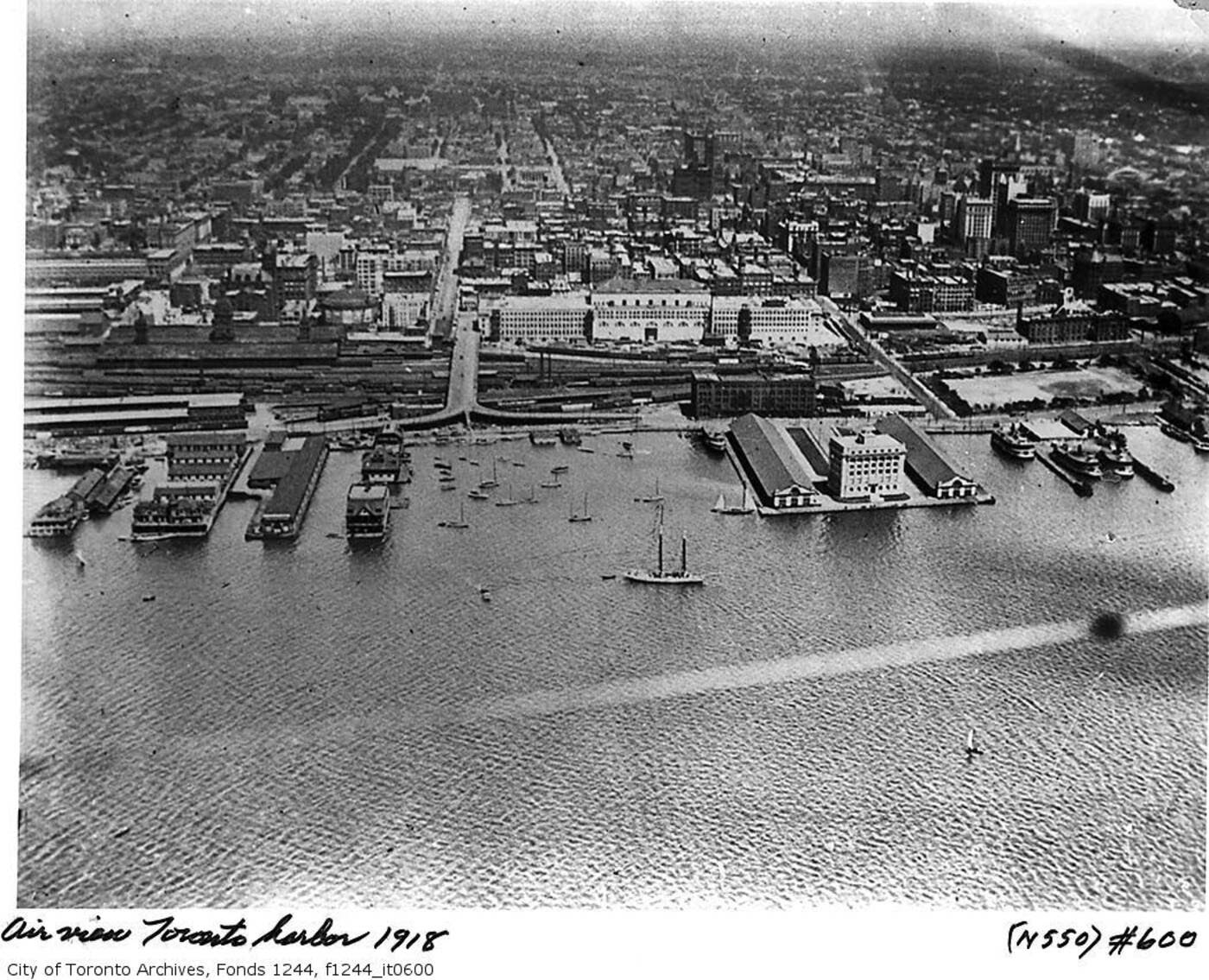 In the period of about a decade, the city had grown by 500 metres south. Much of this land was completely empty when it was first created, but it wouldn't take too long before the city grew upon it. 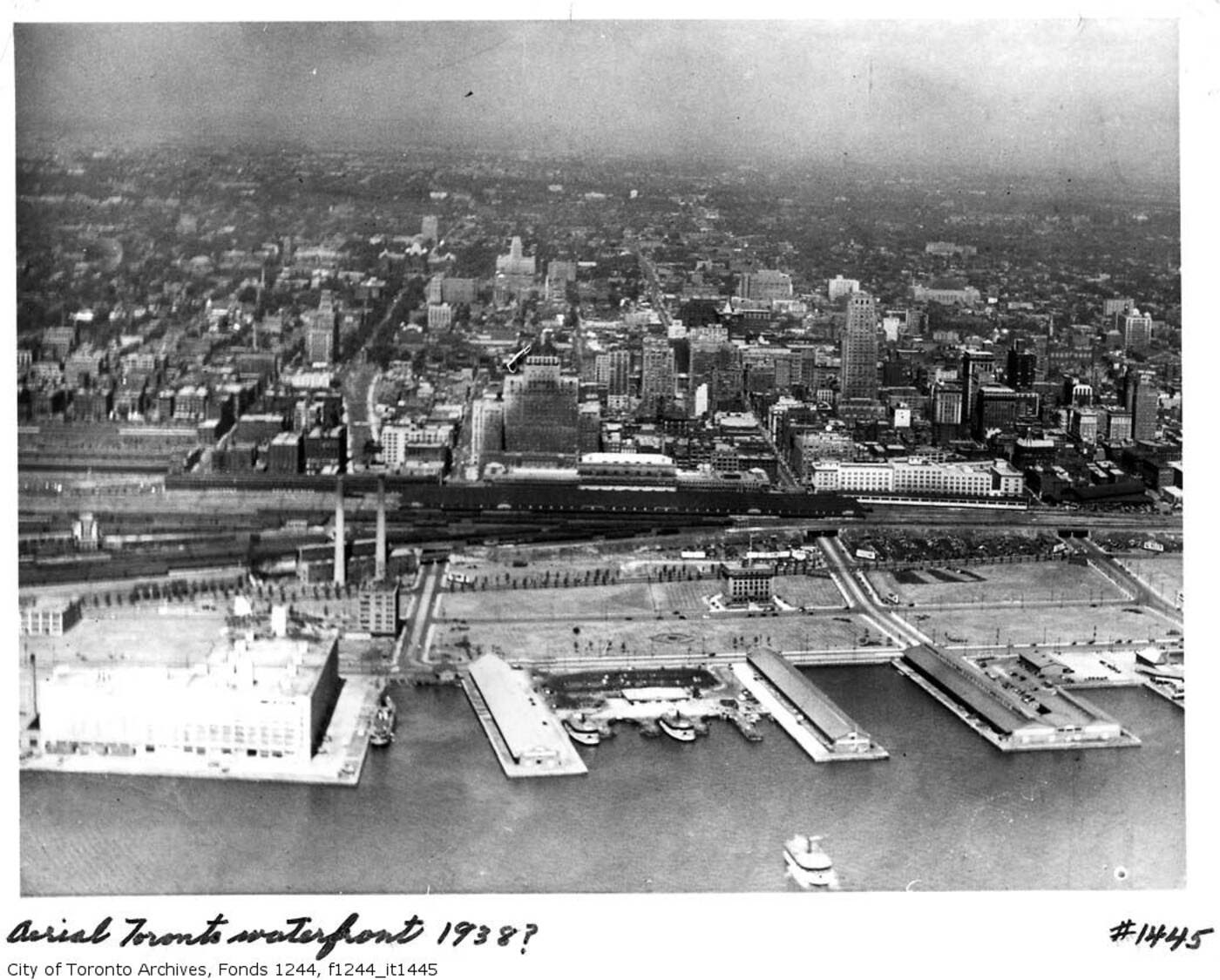 The primary change to the waterfront following this massive expansion is the gradual loss of the piers and ports in the 1960s and '70s. While development has occured at a fever pitch since then, the actual shape of the shoreline has remained mostly intact since then. 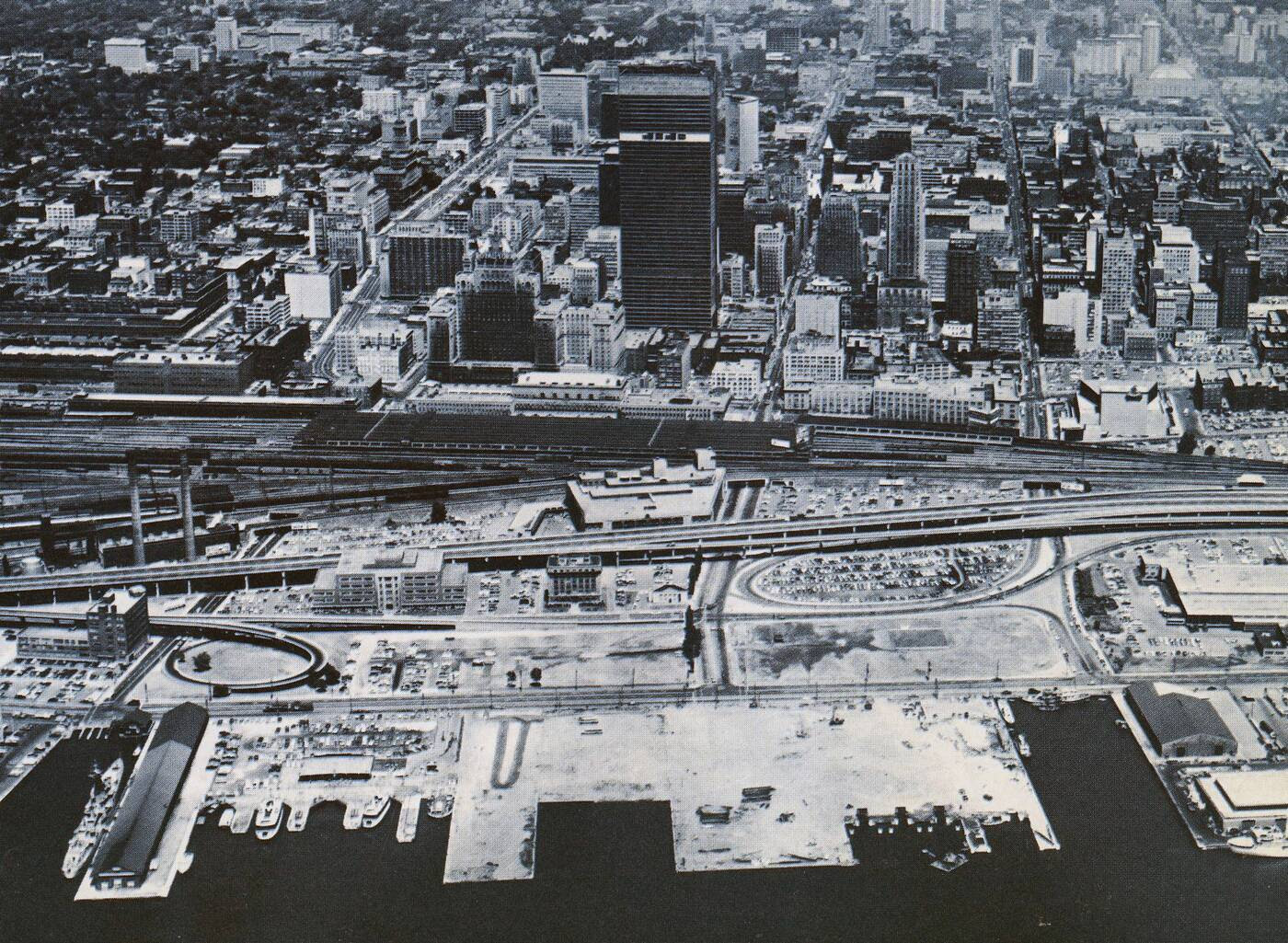 There were actually numerous wild plans to alter our waterfront even more, including the complete redevelopment of the Toronto Island into a residential community connected to the mainland. For better or worse, the footprint of the central part of city has remained mostly consitent for the last few decades, but it's still worth remembering just how much of it is built on reclaimed land. 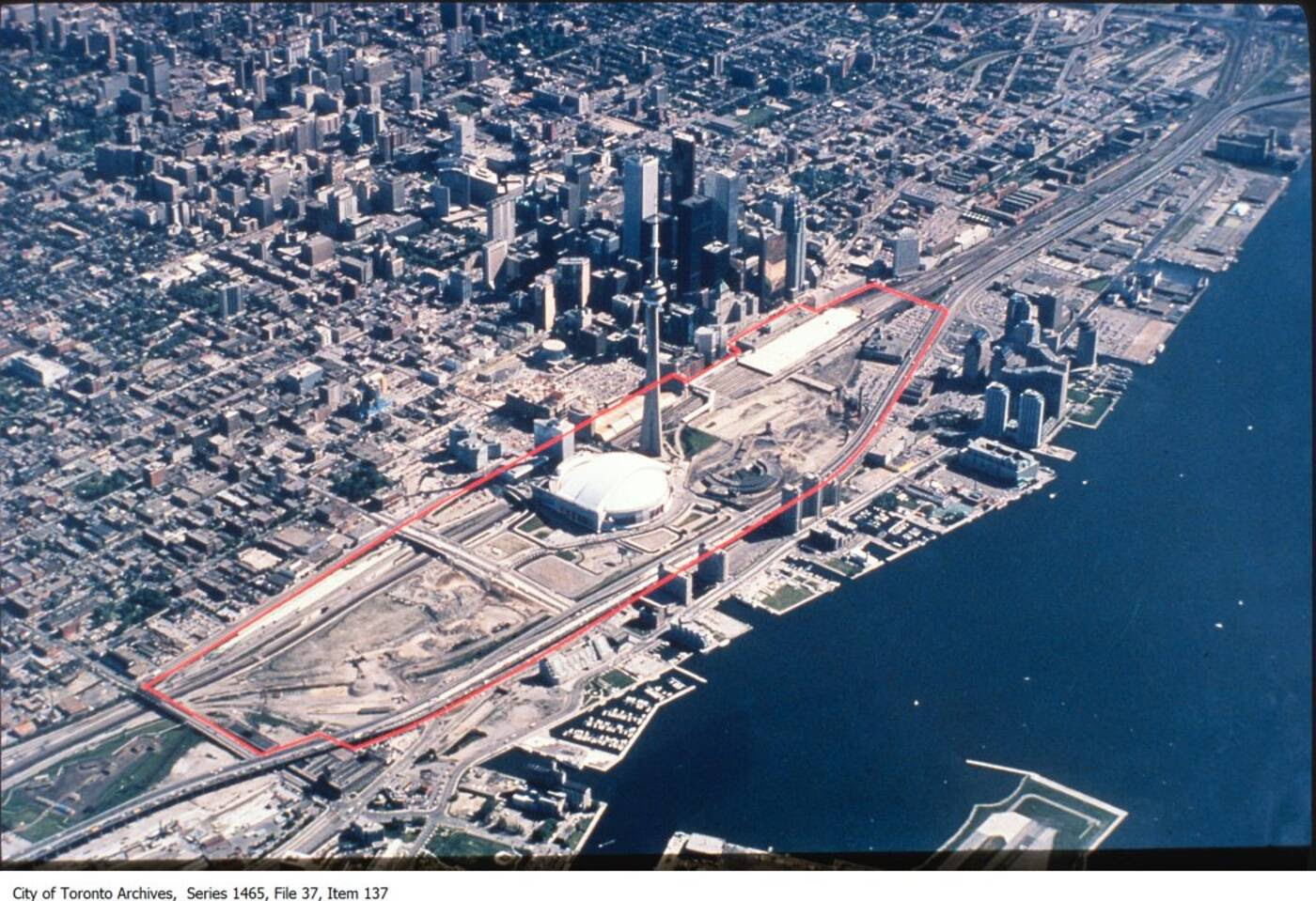 by via blogTO
Posted by Arun Augustin at 9:32 AM