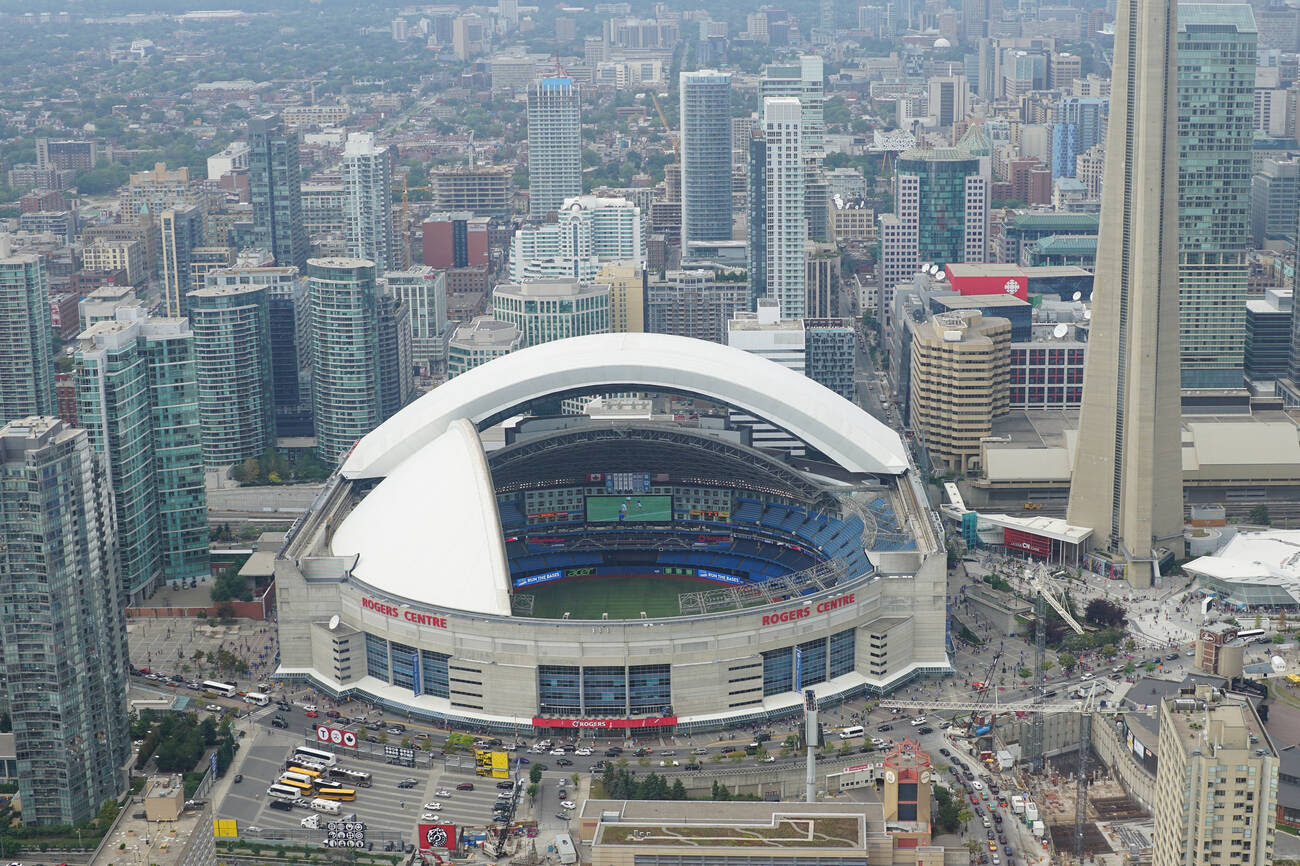 Love it, or hate it, the Rogers Centre might be in need of a makeover and it looks like one's in the works for this 28-year-old stadium.

The Rogers Centre is one of the most outdated stadiums in Major League Baseball, and according to the CBC, that's why Blue Jays' president Mark Shapiro is hoping to revamp it.

Apparently the Jays have already chosen an architect for the project, but further details haven't been released yet. The CBC estimates that the team will spend between $250 to 400 million on this major league facelift.

While he was the president of Cleveland's MLB team, Shapiro oversaw Progressive Field's renovation, which included more bars, restaurants and a pedestrian pathway. The Blue Jays will likely share more details about what's happening with our stadium by the end of the baseball season.

Hopefully the renos coming to the Rogers Centre will be more exciting than what's been happening on the field lately.

by Amy Grief via blogTO
Posted by Arun Augustin at 11:18 AM