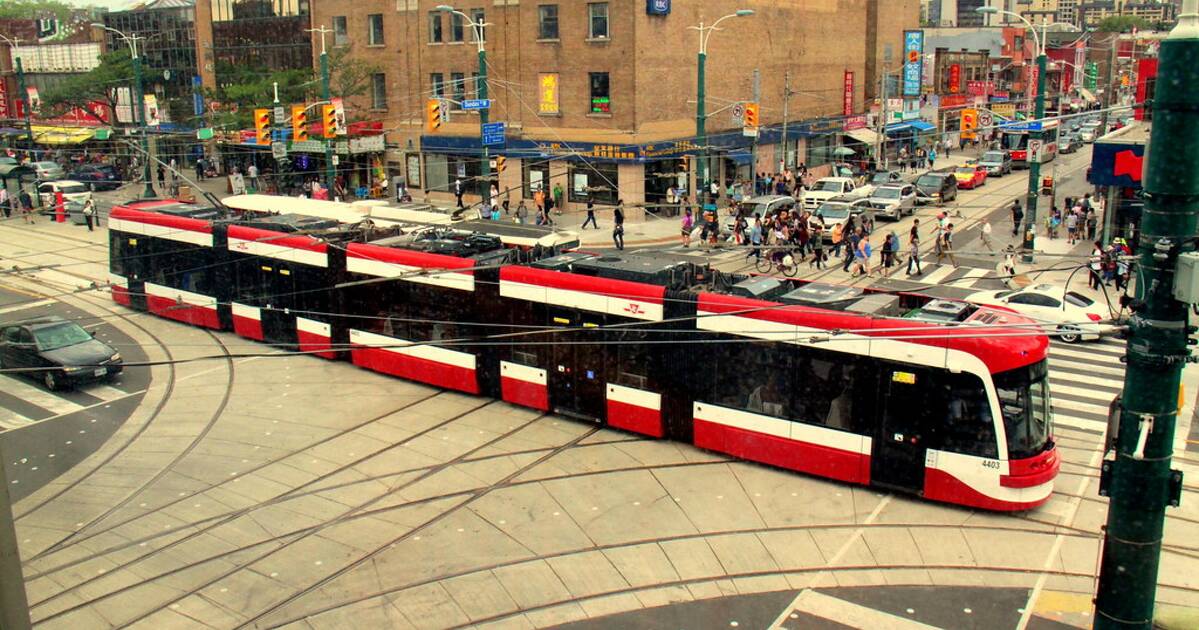 If you've ever seen the top of one of the TTC's new streetcars from above, you may have noticed it appears to be missing its roof.

The vehicles have a kind of skirting that hides the top when you're seeing the streetcar from the ground, but a view from higher up reveals an open top with visible equipment.

Can't believe this is what the roof of a Toronto streetcar looks like 🤯 pic.twitter.com/G8qdDL4QBC

The open top on the Bombardier-built Flexity Outlook vehicles is nothing new, but many Toronto residents are unaware that they're all built this way.

"is it exposed like that all the time?" one Toronto resident wrote on Twitter. "Is there a cover that is missing... i have so many questions."

"Right?? I look down on them from my condo and was shocked when I first saw it," another wrote. "Like where’s the roof?? How does snow and rain not affect all those parts?"

According to TTC spokesperson Stuart Green, the streetcars have "an open top to allow access to rooftop components like the HVAC system."

And though the exposed gear may seem like its vulnerable to the elements, Green said streetcar tops are entirely weatherproof.

"These units and all other systems on the roof are safe and protected from the elements," he said.

"They are all the same. They are sealed and weatherproofed. We've had no issues."

by Mira Miller via blogTO
Posted by Arun Augustin at 9:01 AM