Here's how gyms in Ontario are preparing to reopen 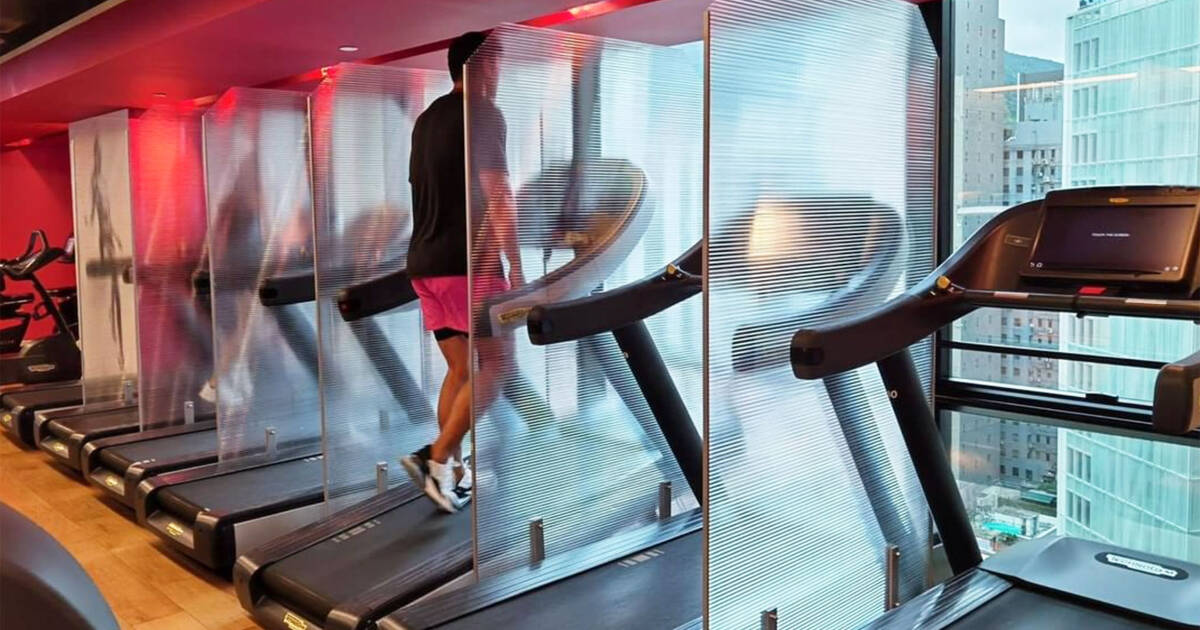 As Ontario slowly lets certain businesses start to reopen, gyms are trying to figure out what changes they're going to need to make when it's their turn so that customers and staff are safe.

However, it's been challenging for them to come up with concrete plans, as there have been no official guidelines released.

"We're waiting on what the government has to say," said Sweat and Tonic social media and marketing manager Sharon Xie.

Vice President of Marketing and Operations at One Academy, Mackenzie Emond, said they're in a similar position

"We have a pretty detailed plan but that all hinges on release of more information on what we're safe to implement," she said.

But even with no explicit direction from the government many gyms are still trying to prepare.

"We'll probably be the last people to open but we just figured now is the time to figure out a prepared plan. We want everyone to feel safe in our facilities," Xie told blogTO, running through their phased reopening strategy.

Their first stage involves things like making sure doors are no-touch, installing plexiglass dividers between equipment, limiting the number of people in changing rooms, and  ramping up cleaning procedures to a hospital grade standard.

Sweat and Tonic isn't the only gym coming up with reopening strategies.

All the gyms blogTO spoke with are reducing the number of classes and the duration of classes to help with extra cleaning time.

Gyms that run through circuits on multiple machines or using various equipment pieces are also re-thinking how that will work.

For example, Greg Van Niekerk, co-owner of Lift Crossfit in Corktown, told blogTO they're going to pre-set up individual workout stations so that people aren't going to get equipment and aren't tempted to share anything.

Further, gyms are going to be limiting the number of people allowed in at one time, pre-screening people for coronavirus symptoms, and checking their temperature before they're allowed in.

They're also adding sanitization stations for hands and shoes, and generally increasing their cleaning efforts.

Emond and One Academy co-founder Erik Vierira, are also looking into some more hi-tech solutions for their gym.  Vierira talked excitedly about installing NanoSeptic to the door handles and other high touch areas so they become self-cleaning.

"The goal is to go above the government guidelines in order to provide a safe environment for members and staff," he said.

Each gym is hoping that they'll have everything they need in place for when they're allowed to reopen because they know as soon as they get the green light the flood gates will open.

"You can tell people are itching to get back," said Van Niekerk.

"Everyone can't wait to come back to the gym and everyone is really tired of staying home," added Xie.

"The same way people like to rush down to the beach, people are going to rush to the gym. We're trying to temper that from day one," said Vierira.

So while most big gyms aren't in a hurry to reopen for fear of being overwhelmed, some smaller gyms are pushing for an earlier reopen date.

Jason Figliano, owner of the martial arts gym Canadian Black Belt Academy, feels like small gyms should have been included on the list of businesses planning to reopen during the first phase.

"Why can't we reopen? If...Home Depot [is] reopening, I'm re-opening," he said, adding that if he can't reopen soon he likely won't be able to survive.

"If we get grouped in with the big box gyms like LA Fitness it's not feasible."

Figliano, like many small businesses in Ontario, hasn't gotten any rent relief from his landlord and government subsidies have done little to alleviate the financial pressures.

And while Figliano has adapted by offering online classes and private training, he's still seen a 40 per cent drop in his gym memberships and hasn't been able to pay rent properly since April.

In an open letter to the government Figliano wrote: "As we can not depend on the Federal Government for assistance, we are looking for the Provincial government to consider appealing your decision and include small boutique fitness studios into [an] earlier reopening phase alongside salons, restaurants, rather than a later phase with larger gyms."

But like the other gyms, he isn't naive about the precautions needed to reopen. Figliano says the health and safety of his staff and gym members is top priority.

In a full eight-page PDF document he outlines a plan for reopening that includes sanitation protocols, cleaning schedules, design layouts for how to ensure social distancing, and how use of personal protective equipment, such as masks, will be encouraged.

"I got floors taped off and markings everywhere," he said, detailing the specifics.

For example class sizes will be limited. He also plans to establish a 15 to 20-minute interval between all classes so they can clean the academy and high traffic areas including sanitizing the mats and gear after every class.

There will also be dedicated entrances and exits and personal protective equipment will be worn by staff and students will also be encouraged to wear things like masks.

Currently, there's no word on if the provincial government will allow boutique gyms to reopen, but Figliano is hopeful.

"I didn't get into business to not have to work hard. Best case scenario is someone reads my entire sanitation call and then [small gyms] get approved," he said.

In the meantime, all the gyms are continuing to offer online classes and are trying to make everything as normal as possible.

by Misha Gajewski via blogTO
Posted by Arun Augustin at 4:52 AM