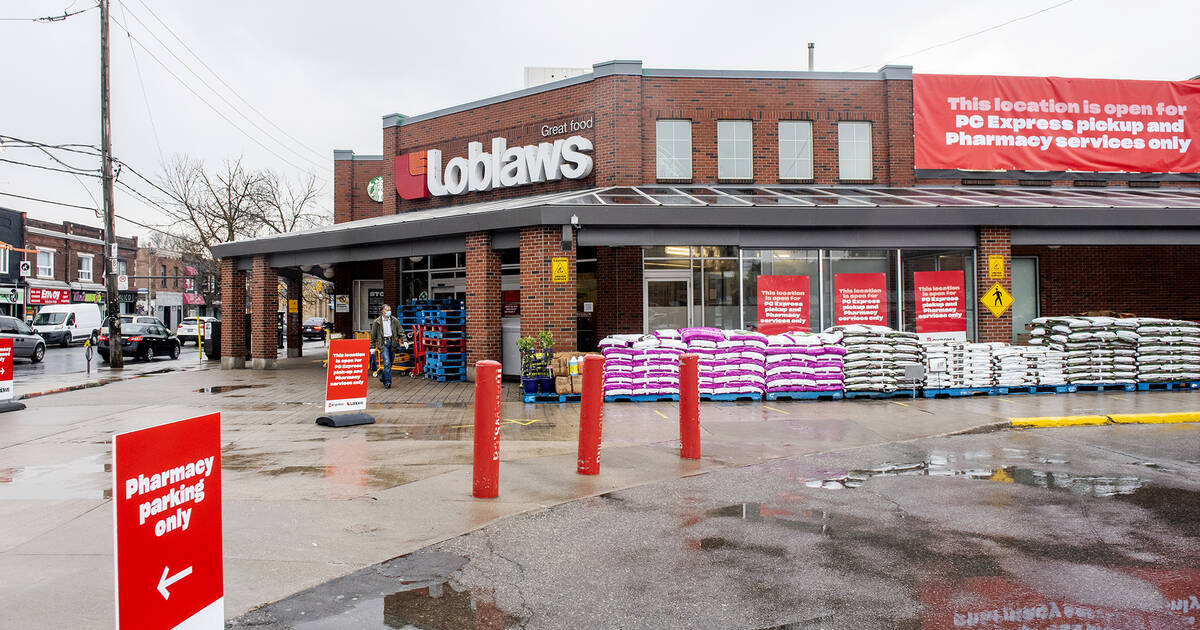 Former customers of a now-closed Loblaws in Toronto say they've tested positive for COVID-19 following an outbreak at the grocery store.

After increasing public concern around the number of staff infections in-store, the Loblaws at Christie and Dupont finally closed its doors earlier this week and now only operates for PC Express and pharmacy pick-ups.

But some Toronto residents who've tested positive for the virus say they contracted it while shopping at that Loblaws weeks before, and that both the grocery chain and Toronto Public Health should have prevented that from happening.

One Toronto man, Kirk Comrie, says he believes he contracted the virus while shopping there, and then passed it on to his wife Ashley, who has an ongoing autoimmune disorder and was taken into the ICU.

Another man, who asked to remain anonymous, also took to Facebook to detail how he came into contact with the store and then began showing COVID-19 symptoms shortly after.

"During those two weeks, I only left my neighbourhood once to get groceries," he said.

"Unless I somehow got infected during 3 or 4 walks around my neighbourhood (where I kept my distance from other people) or through packages that arrived in the mail, the most likely scenario is that I got infected during this trip to the grocery store."

Despite wearing disposable gloves and a mask for the duration of his trip, and sanitizing his hands immediately after his visit, he tested positive for the virus after experiencing a mild fever, body aches, and a severe sinus headache.

Days before his symptoms started to show, he received an e-mail from Loblaws that an employee had tested positive for a presumptive case of COVID-19.

Between mid-April and early March, the Christie and Dupont Loblaws had shut down temporarily four separate times to undergo deep cleaning following reports of positive COVID-19 cases amongst employees.

According to a Loblaws spokesperson, the store added mandatory measures like temperature checks and masks, and was informed by Toronto Public Health that they were "taking the right steps".

But the man who shopped at Loblaws before the store closed permanently says that the chain should have kept the public better informed about its staff infections.

To date, Loblaws has not revealed how many of its workers have tested positive for COVID-19, and employees claim they, too, have not been updated with how many of their colleagues are now sick.

"I feel like the store, and perhaps Toronto Public Health, has been negligent in alerting the public about that particular location," said the shopper.

"My confidence in the ability of our public health officials and our government to contain future outbreaks, especially as we move towards re-opening businesses, has been shaken by my experience and these recent revelations."

by Tanya Mok via blogTO
Posted by Arun Augustin at 5:40 AM