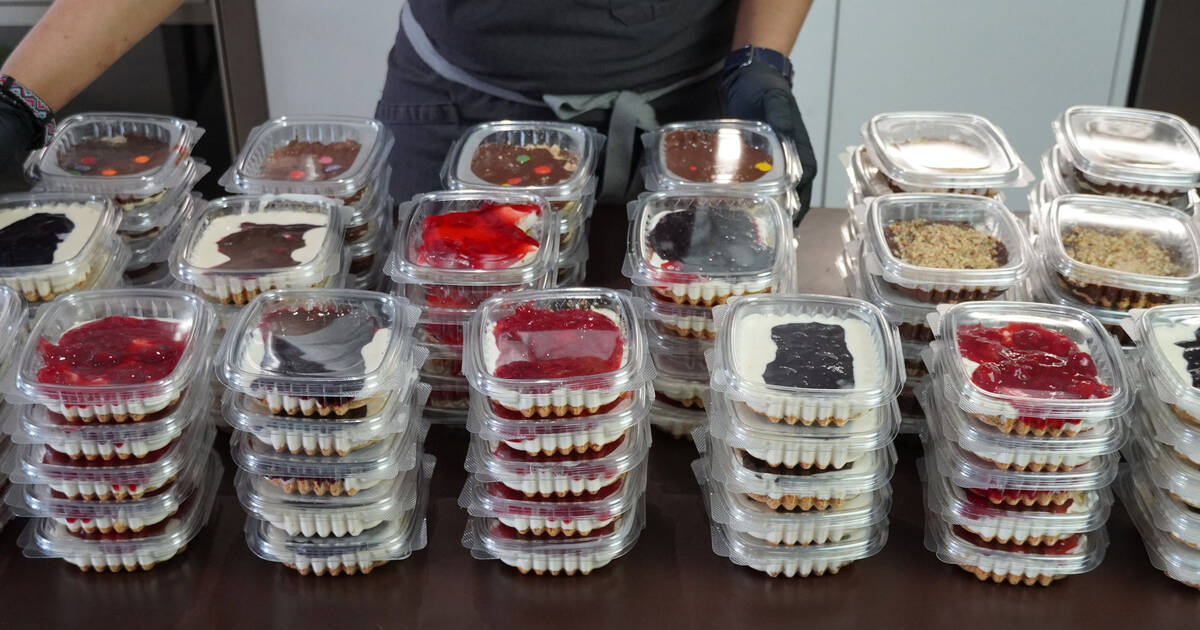 Doug Ford's cherry cheesecake video may have garnered some negative reviews, but one Toronto resident just used the Premier's home-baked recipe to spread some positivity in the city.

Local Youtuber Suman Ali Sayed made scores of containers of Doug's "famous" cherry cheesecake and donated them to a couple food banks around the GTA.

Sayed, a professional chef, didn't really follow recipe step-by-step in the how-to video on her channel, The 86 Kitchen, which she launched just two weeks ago during the pandemic.

No offense to the Premier, but this rendition definitely looks a bit more polished than the original version.

After baking and packaging scores of smaller pieces (not all of them were cherry, for the record), Sayed donated them to the Wellington Square United Church food bank and Eden Food for Change.

"I believe [that] the hospitality industry workers can still contribute to this in the smallest form and utilize their skills to help the [needy]," said Sayed.

Sayed's take on Ford's cheescake joins a number of baked goods and meals made by chefs, cooking schools teachers, and even web designers in Toronto being donated to charity.