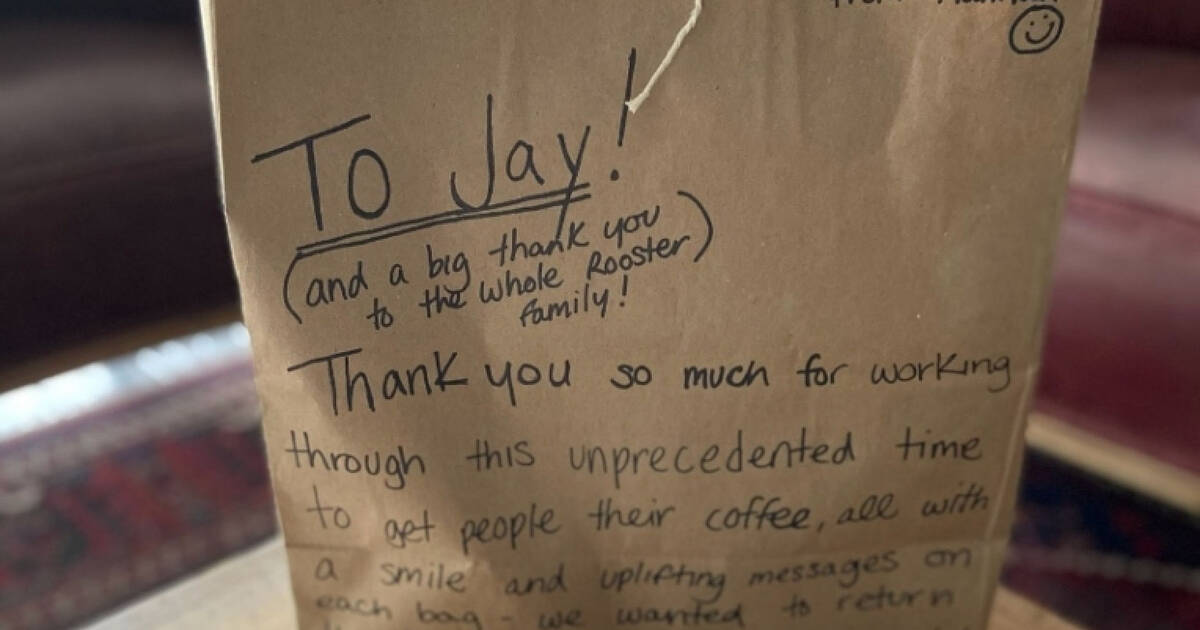 Rooster Coffee House in Toronto has been delivering their beans to coffee-deprived locals across the city since they had to shut their doors due to the pandemic.

After weeks of steady delivery, they noticed their orders had suddenly shifted from personal orders to surprise gift bags for other people.

Shawn Andrews, Rooster’s owner, began to notice they were doing a lot more than providing people with the ability to make a great cup of joe from home. Their delivery service, offered Tuesdays and Fridays, was actually bringing people together.

To help ease the process of ordering for other people, the coffee shop added a section to their order form for “love notes” to go along with their customer’s surprise gift bags.

The prompt to leave a special message can be found after indicating if your order is a gift. 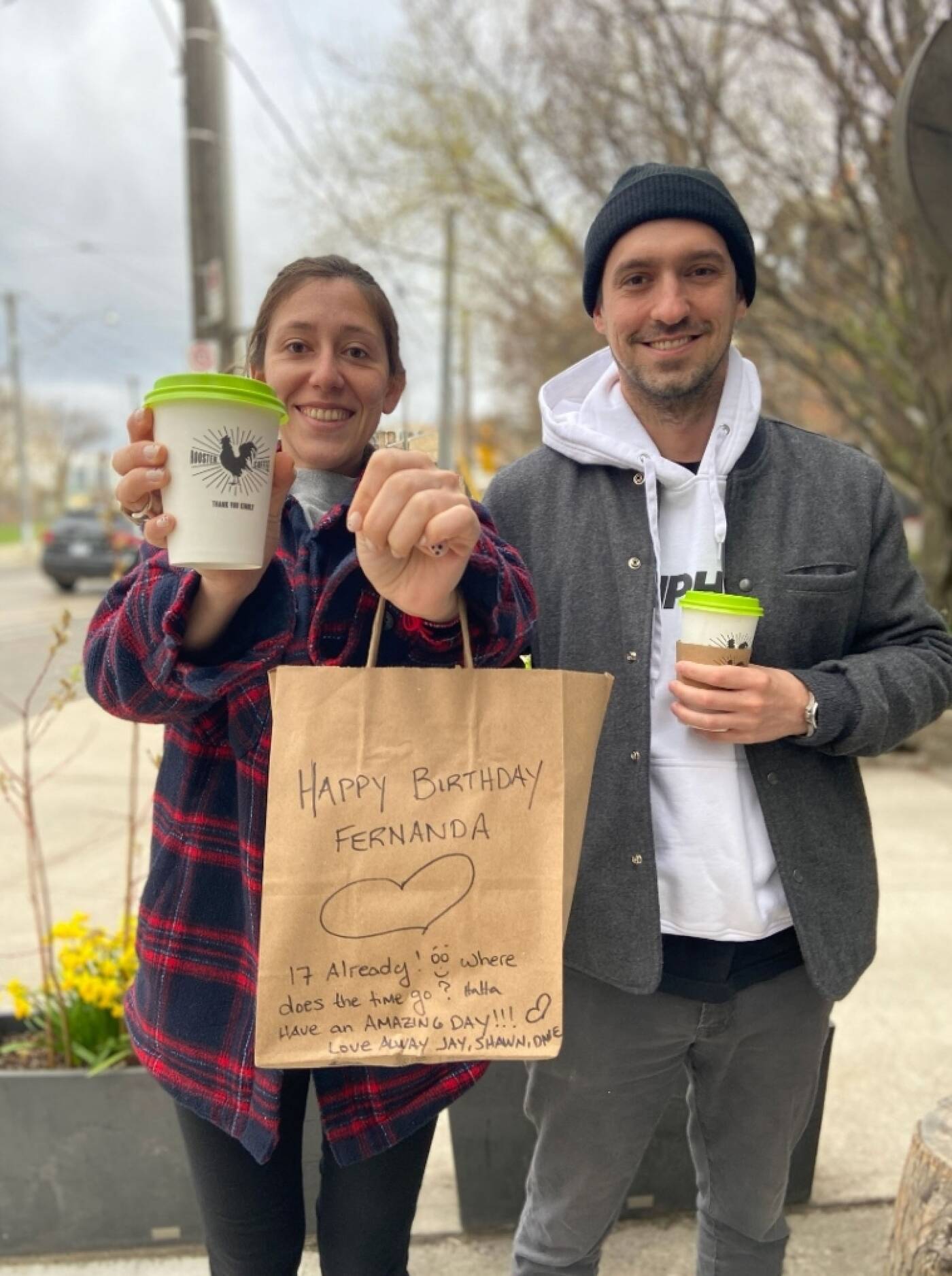 Andrews said customers were mainly placing orders at the beginning to support their local coffee shop but at the six week mark, almost 30 per cent of orders were being placed for somebody else.

According to Andrews, a lot of young people were sending orders to their grandparents, people in their 40s were sending gift bags to old friends from University, and one woman even sent her fiancé a gift package to recreate the blind date where they met at Rooster.

“Offices on King Street were sending their working-from-home staff bags of coffee to thank them and remind them this won’t last forever,” she said.

One Rooster-regular ordered four bags of coffee two days in a row leading Andrews to believe the woman had never gotten her order.

“She told me she received her order but felt inspired so she wrote a little note on each bag of coffee and left them in different people’s mailboxes instead.”

The love has also come right back to the Rooster family. When Andrews and her team check their drop off location at night to ensure all orders have been successfully picked up, they sometimes find goodies left for them - like flowers or fresh bread.

Andrews calls it the “circle of giving.” 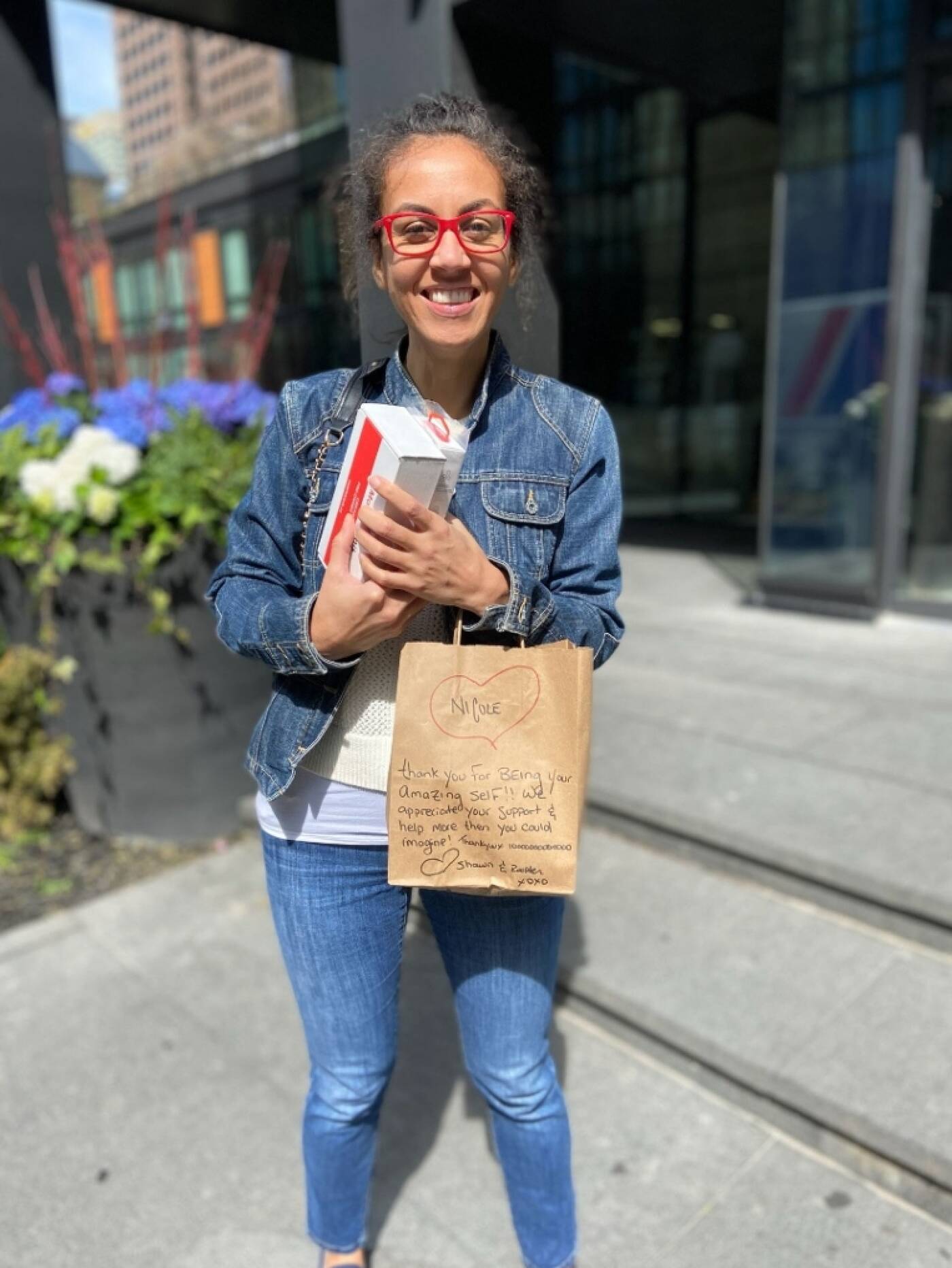 With several bustling locations and many loyal customers, the coffee shop was sad they had to close their doors many weeks ago so they quickly created an online form for contact-less pick-up and delivery, with a little help from another Rooster regular.

The form lets you order their coffee beans, as well as teas, cookies, coffee-making accessories, and cartons of non-dairy barista-style milks.

At least if you can’t enjoy a latte at one of Rooster’s three cozy locations, they’ve made it easy for you to recreate it at home - and to send the same indulgence to someone special for the ultimate virtual coffee date.

by Sami Chazonoff via blogTO
Posted by Arun Augustin at 2:22 AM