Toronto politicians call for the immediate suspension of commercial evictions 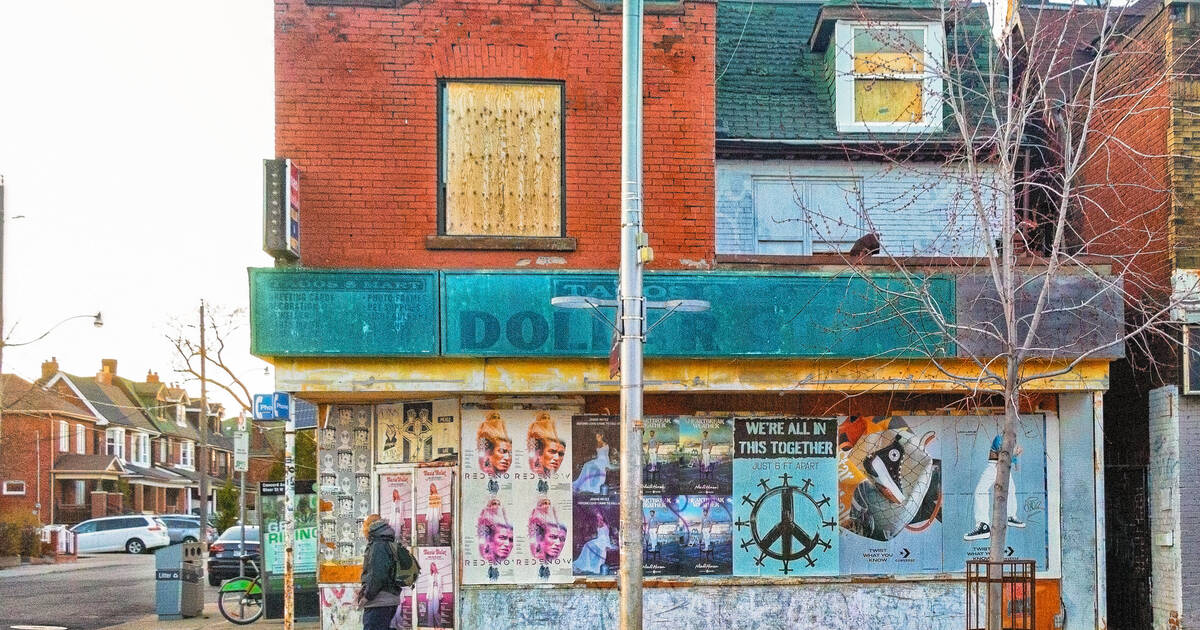 As the virus responsible for a global pandemic continues to spread in Toronto, so too do small business closures in neighbourhoods all over the city.

May 1 brings with it this year a second, even harder to hit rent payment deadline for commercial tenants who've been forced to keep their doors closed by order of the provincial government for six weeks now (and counting.)

There's a light at the end of the tunnel, sure — Ontario Premier Doug Ford says we're so close to reopening the economy that employers should start getting prepared. Sadly, many of those employers won't have anything to reopen when the lockdown lifts.

I've seen so many of these posts this week, all over the GTA. As we get closer to May 1 https://t.co/BYI6KAOjyK

Some of the city's most-popular bars and restaurants have already shuttered for good on account of the public health crisis and related closure orders: It's hard, after all, to keep a business afloat with no revenue and sky high Toronto-sized rents to pay.

More businesses are expected to follow in the coming days as May's rent deadline comes and goes, leaving those that can't pay behind — unless their landlords offer a compassionate solution.

One such solution could come in the form of a recently-announced joint benefit from the provincial and federal governments called the Ontario-Canada Emergency Commercial Rent Assistance Program (OCECRA).

The idea is that landords and tenants of commercial spaces will each pay 25 per cent of rent while the pandemic keeps non-essential businesses closed. The governments will pick up the remaining 50 per cent in the form of "forgivable loans to eligible commercial property owners," effectively lowering the cost of rent by 75 per cent for affected entrepreneurs.

Many rules and stipulations apply, however, including the mandatory signing of a rent forgiveness agreement between impacted tenants and landlords, a moratorium on evictions for three months, and a drop of more than 70 per cent in pre-COVID-19 revenues for businesses to be eligible.

Tenants are also 100 per cent reliant on their landlords to apply for the program, should they choose to — and critics are concerned that many business owners have not and will not for various reasons.

Tomorrow is May 1st and rent is due. We've heard from local small businesses and BIAs that the current CECRA program is not enough.

I have written a letter with @Peter_Tabuns to Premier Ford asking for an immediate moratorium on commercial evictions & further rent subsidies. pic.twitter.com/wl87br0kOw

"Tomorrow is May 1st and many, probably most, of our small businesses will be unable to pay rent," wrote Toronto-Danforth councillor Paula Fletcher and Toronto-Danforth MPP Peter Tabuns in a letter to Premier Doug Ford released Thursday.

"Not only is this clear, but it is also clear that the current Federal/Provincial CECRA program for small businesses will not work for most."

The Danforth politicians also point out that tenants have no leverage in negotiations with their landlords due to the lack of a moratorium on evictions.

They and others, including Beaches-East York councillor Brad Bradford, are calling upon Ford to immediately suspend commercial eviction orders as he has done with residential properties.

Tomorrow is May 1st and the threat of eviction still hangs over small businesses.

Thanks to Mayor @JohnTory for his work with businesses across the City. We're calling on Premier @fordnation to put a moratorium on all commercial evictions during the emergency. #topoli #onpoli pic.twitter.com/vRjzPYmuNs

When asked if he would consider the moratorium during his daily press conference on Friday, Ford touted the OCECRA as a "really, really great program" that is already helping landlords and tenants.

Minister of Finance Rod Phillips elaborated, saying that "the program does not actually begin, practically, on the ground, according to the federal government, until the end of next week."

He also maintained that the government and the Canada Mortgage and Housing Corporation, which is administering the program, are both confident that the OCECRA will "help probably hundreds of thousands of businesses in Ontario."

The owners of businesses are less confident, according to a new wave of pleas for help and sighs of resignation on social media.

"This week will most likely be the end for us," reads a message posted to the Twitter feed of Lambretta Pizzeria in Roncesvalles on Wednesday. "Sadly, our landlord (SATAN) will not assist us with #RENTRELIEF and I can't keep waiting for a miracle."

A newly-published survey from the Canadian Federation of Independent Business (CFIB) in fact shows that only 10 per cent of tenants who need help even qualify for the benefit and also believe their landlord will apply.

"In theory the program is good as it covers a substantial fraction of the rent and the costs are shared, but in practice it is quickly turning into a mess," said CIFB executive vice president Laura Jones in a release on Thursday.

"Tenants are powerless if their landlords don't apply, and landlords are worried there aren't enough details to know whether they qualify. Unless there is a miracle on Main Street between now and Friday it looks like the program isn't going to help nearly enough businesses."