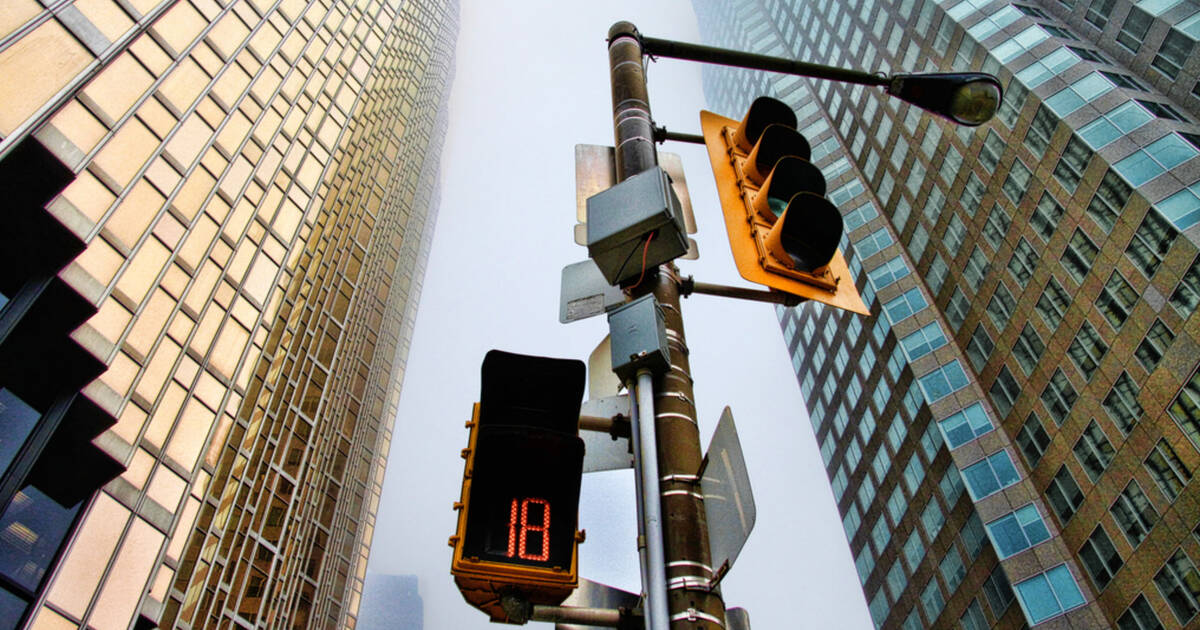 Ah, the timer that counts down when you're crossing the street : an evergreen point of confusion and contention with pedestrians and drivers alike.

It's been proven that these blinking roadside machines are so confusing, they—along with other traffic-related factors—have actually led to more collisions since being implemented in 2013.

So what's the main problem? Well, to start, most people have misunderstood the function of pedestrian countdown signals (PCS) completely.

"The 'flashing don’t walk' indication is represented by an orange flashing hand," states the City's bylaw on PCS.

I get that this is the letter of the law re: pedestrian countdown timers, but there’s zero chance Toronto’s timers were programmed with the expectation all pedestrians would do this. Walking around the city would become an even more miserable experience. https://t.co/WDa08OwGlm pic.twitter.com/RHll8EA4ut

"A pedestrian should not start to cross the street at this time but pedestrians who began crossing during the WALK may continue walking to the opposite side of the street or to a safety island. There will be sufficient time to complete the crossing before opposing traffic moves."

In other words, if you haven't started crossing before the countdown, you should just stay put.

The countdown is effectively an admission that we can expect pedestrians to start crossing with the flashing hand - an admission of reality.

Even if you think you have just enough time to make it safely to the other side (signs flash for a minimum of seven seconds), chances are you don't.

I always figured the countdown told you how much time was left before the signal switches to stop, and pedestrians could figure out for themselves if they had enough time to make it. I can go a lot faster than a little old woman with a cane.

"...the “walk” indication will not be long enough for a pedestrian to complete the crossing," says the bylaw. The total time available for the crossing is a combination of the “walk” and “flashing don’t walk” times."

I think traffic lights and signals were probably designed and laws written without considering the pedestrian experience. It’s only recently that there are so many people walking that they’re starting to assert themselves and using the infrastructure in a more reasonable way.

All that being said, the likelihood is that pedestrians will start crossing the road during countdowns, and drivers will keep using the signal as a timer for how long they have before the red light. That's just life in Toronto.

by Tanya Mok via blogTO
Posted by Arun Augustin at 9:48 PM