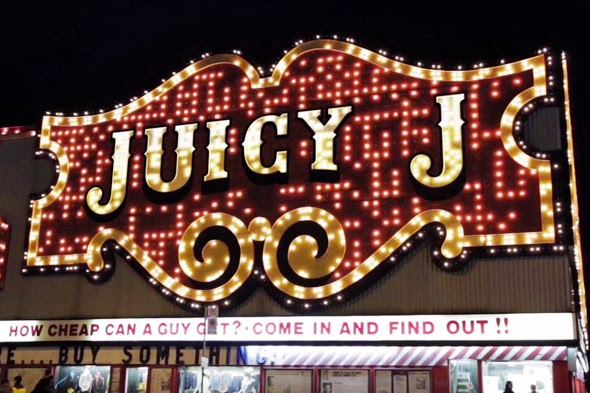 NXNE have released a slick new video along with their third line up announcement, where punks grab a slice at Odonis Odonis, Mac DeMarco owns his own cab company, and sad Toronto music fans pick up a copy of LOW Magazine every Thursday. The Pizza Underground will never be a band I'll care about, but I would hit up the restaurant. As you get hyped up for this year's fest, look out for Perpect Pussy's pet shop (aw) and a big money take-over that just might save Honest Ed's from the chopping block (if only).

FYI to NXNE - the song in the video would have been better if it was by Toronto's Mas Aya. Just a friendly note for next year.

by Aubrey Jax via blogTO
Posted by Arun Augustin at 12:22 PM