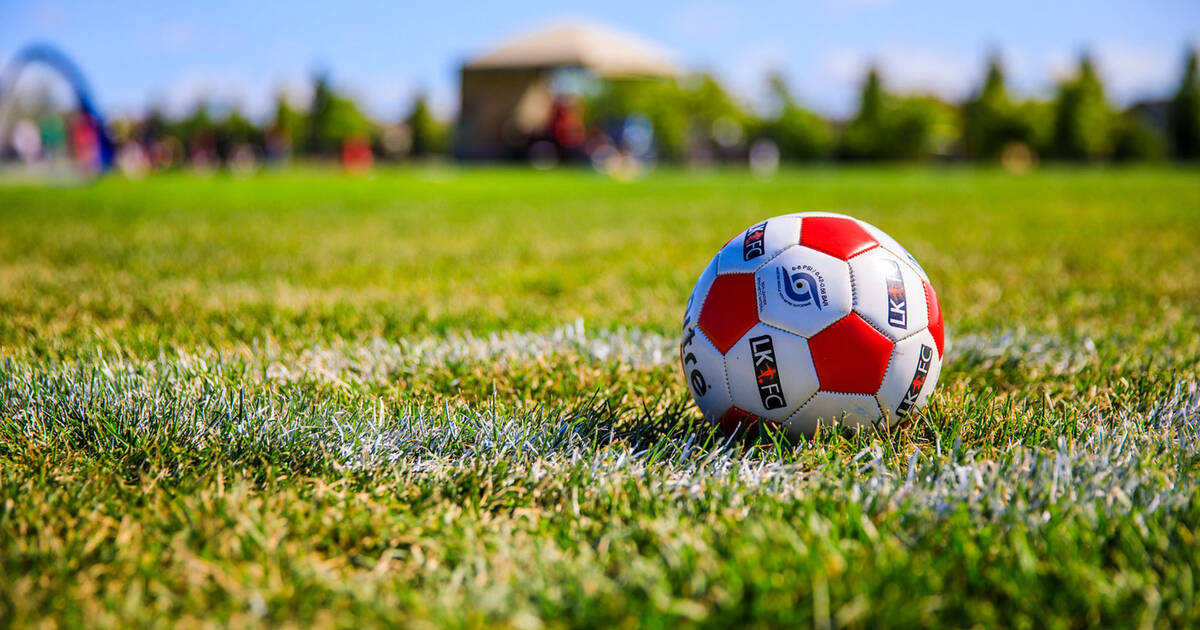 Summer in Toronto won't be nearly as exciting as usual with all the city's major events cancelled as a result of the global health crisis, and it seems outdoor activities are all we have left to get us through the warmer months.

Luckily, there's a chance that soccer leagues and other recreational sports will be allowed to resume at some point — albeit with many changes in place.

The Cherry Beach Soccer Club is one Toronto league that's hoping to operate this summer, and they sent out an email to members providing an update on the current situation and listing some of the changes that will likely take place if recreational sports are permitted to go ahead.

The club says if they are allowed to operate this summer, players could be required to adhere to several safety measures which may include no handshakes or high-fives, no team snacks or drinks, players seated further apart, only kick-ins and no throw-ins, and no heading.

"These are just some things that are being thrown about and discussed by City, Associations, Clubs and based on parents feedback with surveys that have been conducted," the club said in the email.

"We would only proceed with programming based on the feedback from these organizations to ensure the safety of all players, parents, spectators, coaches and our staff."

"Why is Ontario Soccer not allowing soccer to return? Couldn’t we just return to limited training?"

Answers to this and more in the latest COVID-19 FAQ #4. https://t.co/0D3ZvmfuDN pic.twitter.com/X1YG0dyw4X

Still, the league is being positive and preparing for the upcoming soccer season. They've ordered uniforms and balls, fields have been booked and staff have been hired.

They say they're striving for a July 1 start, and they plan to squeeze in a full season with 13 games by eliminating bi-weeks and going one or two weeks later in September.

Competitive players, youth and adult teams are slated to have a full 12 to 14 game season at this point, and respective team managers and/or coaches are keeping players informed with the latest updates.

But despite the club's optimism, there is still no concrete answer on whether recreational sports leagues will be permitted to operate this summer.

Recreational, outdoor fields in the province are officially allowed to open beginning today, May 19, but the most recent directive from Ontario Soccer specified that, according to the provincial government, this only applies to recreational activities for individual or single competitors, including training and sport competitions conducted by a recognized national or provincial sport organization.

This includes indoor and outdoor non-team sport competitions that can be played while maintaining physical distancing and without spectators, such as tennis, track and field and horse racing.

Unfortunately, at this time, this announcement only pertains to non-team sport competitions.

"At the present time, Ontario Soccer has not been provided through the Ministry of Heritage, Sport, Tourism and Culture Industries, direction on Return to Play safety protocol or guidelines," reads the most recent directive from the governing body.

"Ontario Soccer will continue to update membership with all relevant and current information surrounding Return to Play when known."

by Mira Miller via blogTO
Posted by Arun Augustin at 8:22 AM