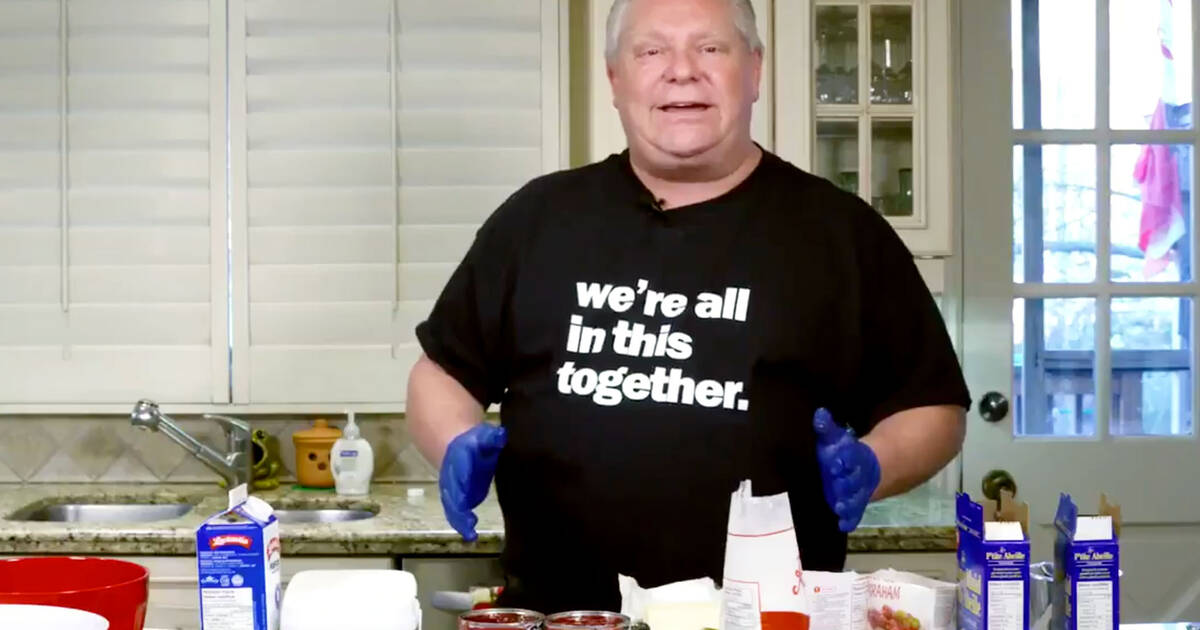 While some seemed to enjoy Ford's attempt at wholesome quarantine content, many other concerned citizens read the Ontario Premier's light-heartedness as tone deafness during the global pandemic.

Out-of-work and disabled Ontarians struggling during #COVID19 with no support from their provincial government watching Ford bake a cheesecake like... pic.twitter.com/S7WCXFtMbE

The Premier's seemingly feel-good video rubbed a bunch of people the wrong way, some of who took to social media to urge Ford to focus on the more urgent issues plaguing the city.

Some are asking if cherry cheesecake content from Ford is really necessary right now given issues like food security, the homelessness crisis, and the staggering number of deaths in long-term care homes affecting thousands in Toronto.

Hope the Councillor isn’t in a hurry for a response. Doug Ford is “busy” at the cottage with family, friends and neighbours making cheesecake for the next 3 days and avoiding the crises at hand while Ontario’s most vulnerable continue to die. #FordDoesntGetIt https://t.co/Twv9XQ3ZHV

A few seasoned bakers were not impressed with the Ford's family recipe (three packages of Dream Whip is apparently two packages too many, for some) but even more weren't happy with what's being perceived as an attempt to boost Ford's image.

And it appears other politicians are trying to jump on the band wagon, including Liberty party leader Steven Del Duca, who's now challenging Ford to some kind of cherry cheesecake bake-off.

People also made sure to question exactly whose kitchen Ford was in, given reports that he broke his own social distancing rules over Mother's Day weekend by visiting both his daughters. Apparently this cheesecake video was shot in the home of Michael Ford, his nephew.

A few people appreciated the recipe, and even ended up making their own version of the Ford cherry cheesecake. But even after the long weekend ends and the last cheesecake crumbs have been eaten, more pressing issues will remain.

Has Ford become the new face of cherry cheesecake?  How much Dream Whip is too much Dream Whip? How can we prevent the deaths of more people in the face of a second wave, set to hit the city's most vulnerable congregate settings? Stay tuned.

by Tanya Mok via blogTO
Posted by Arun Augustin at 12:10 PM