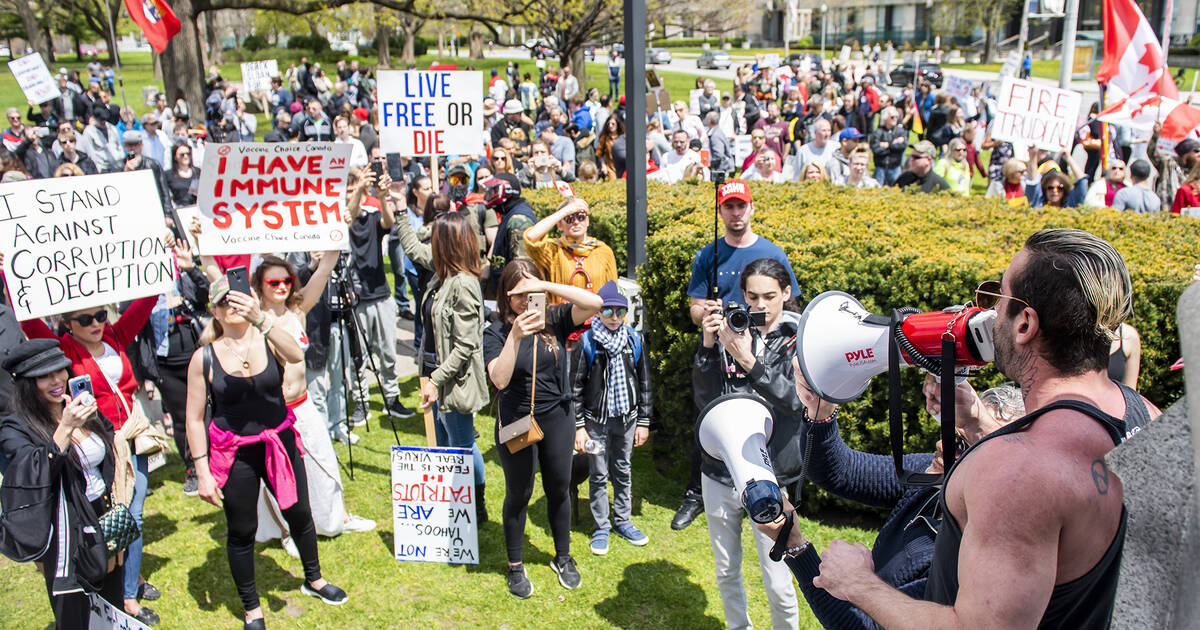 Saturday afternoon saw the biggest crowd of anti-lockdown protestors in Toronto yet.

Kicking off the long weekend with signs and megaphones, several hundred protestors hit the lawn of Queen's Park for the fourth weekend in a row to rally against the Ontario government for a variety of reasons.

Today marked the largest number of attendees with young children in tow, and fewer people wearing protective face coverings, as recommended by health officials in an effort to curb community spread. 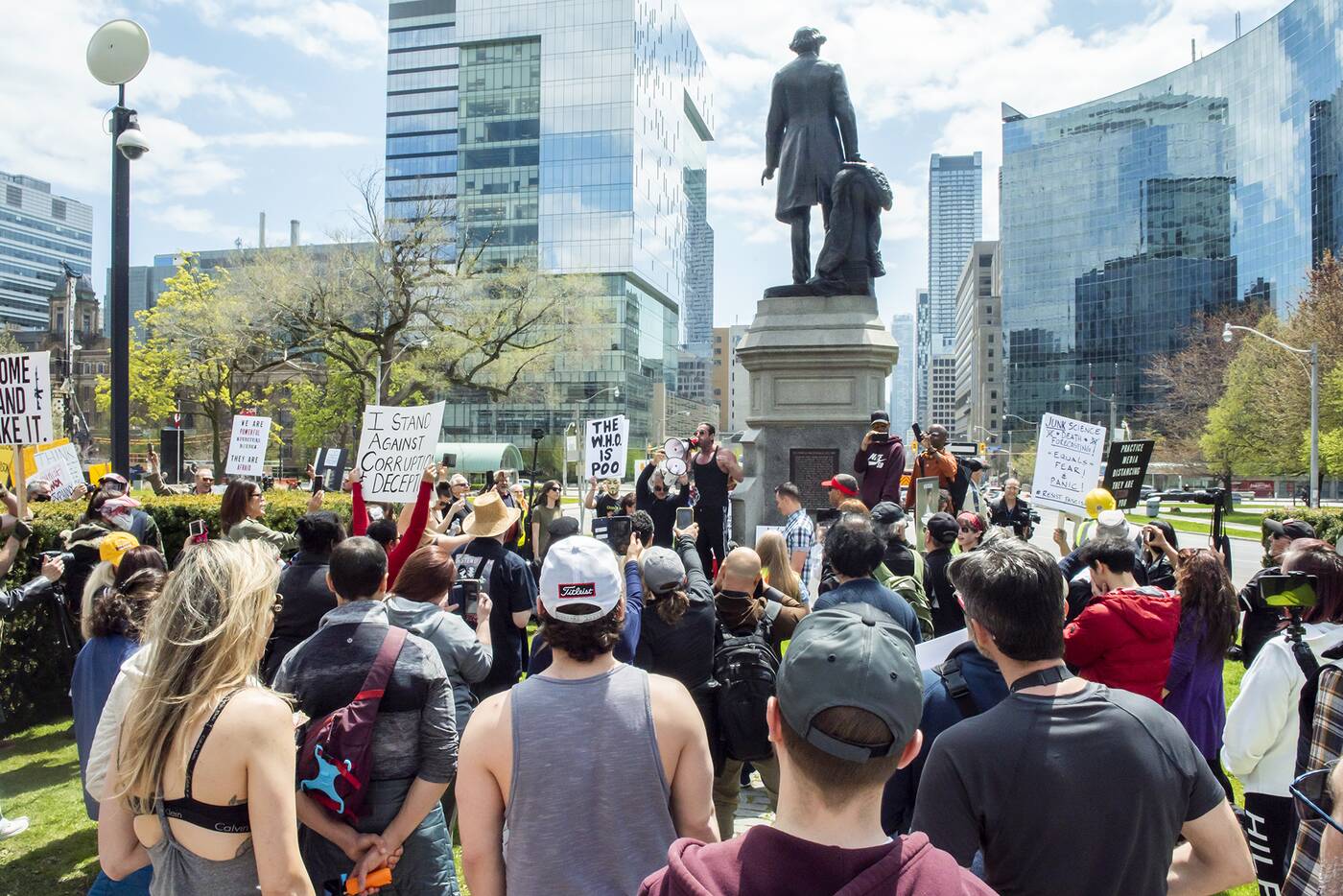 The usual signs like "Live Free Or Die" were present, as well as the "Come And Take It" signs from people protesting anti-gun laws, and the upside-down Canadian flag. 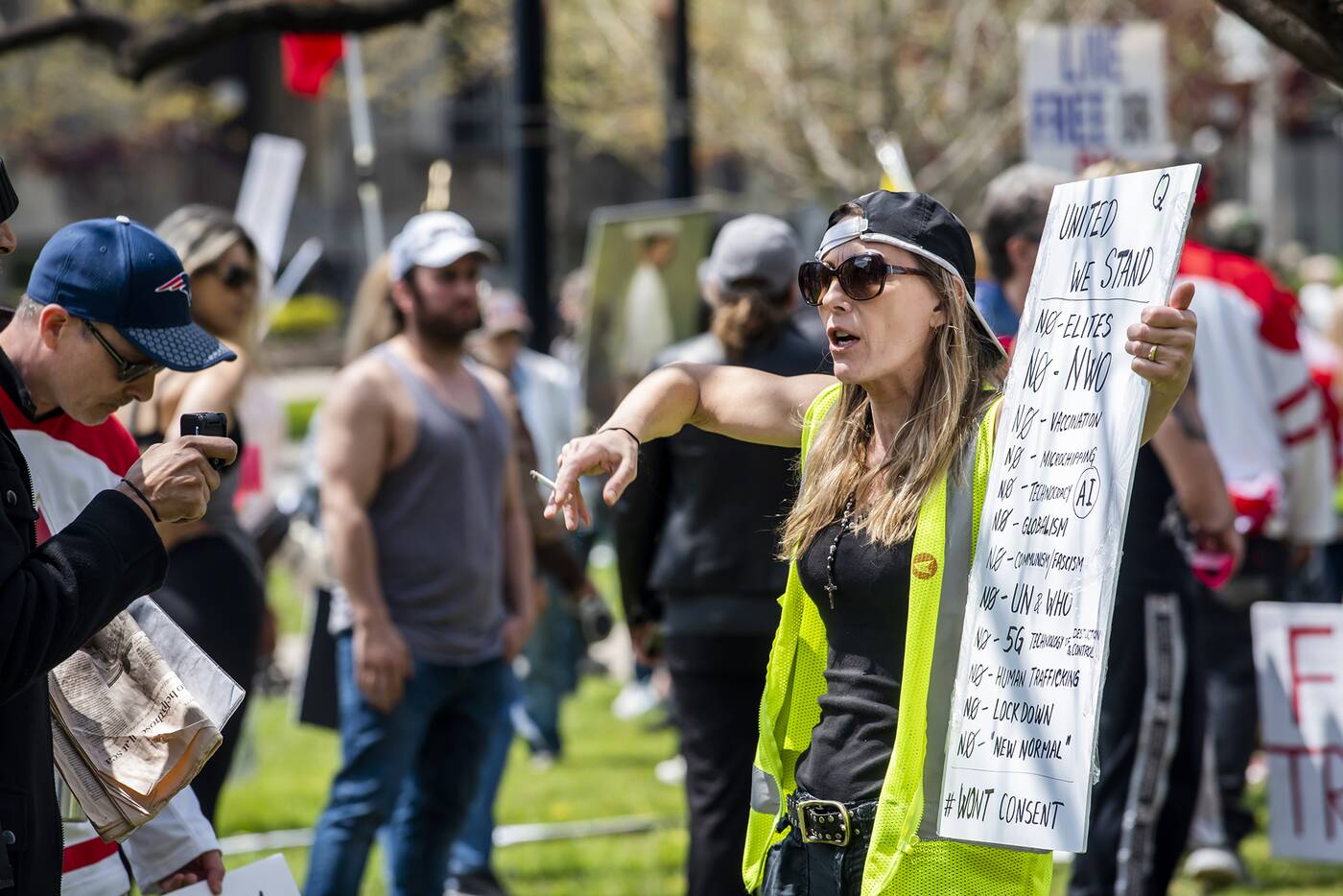 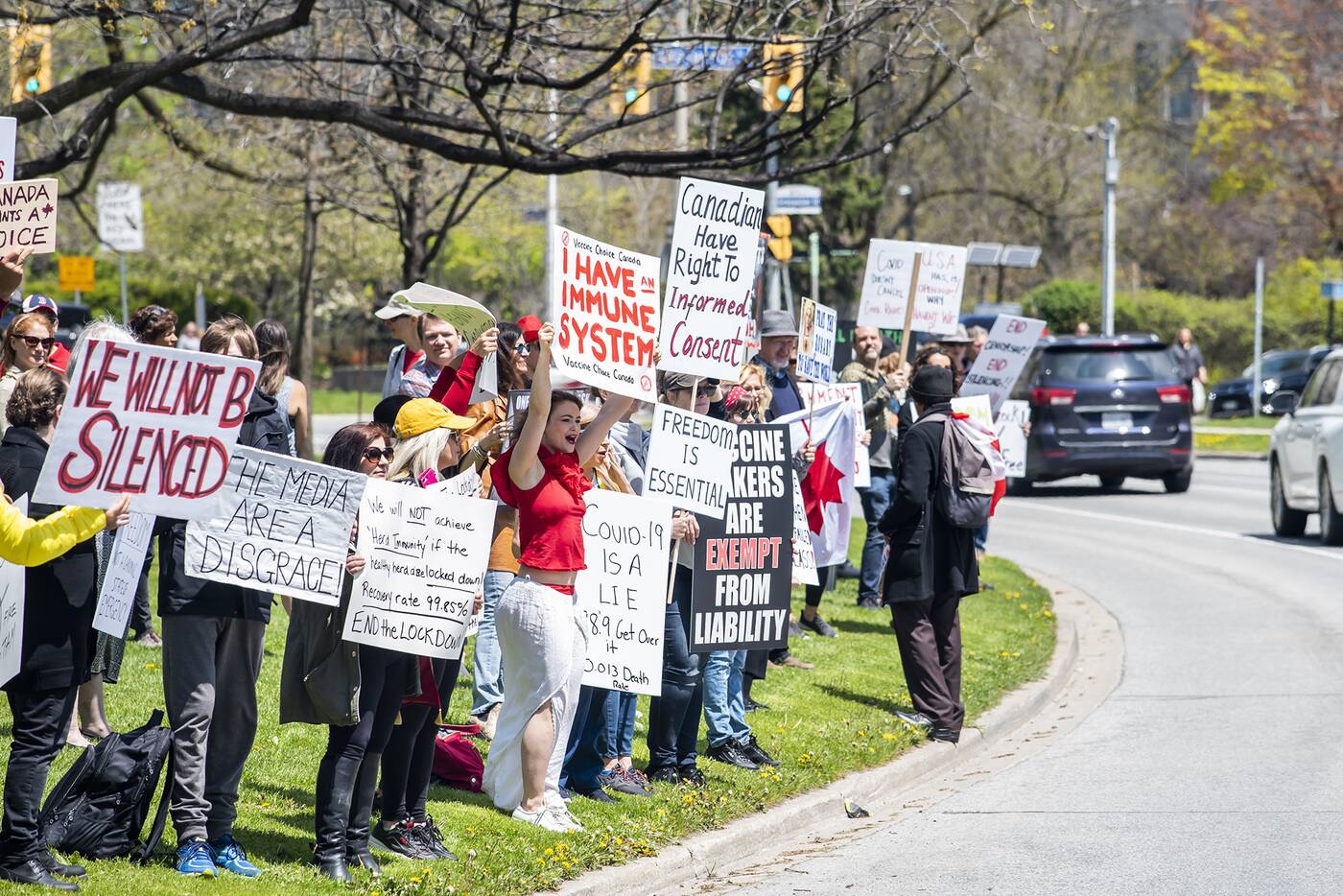 One person's sign, which said,"I have an immune system", was circulated on social media and has sparked criticism from those with auto-immune disorders and members of the healthcare system.

2 months of hard work containing the virus can be wasted in 2 hours of such gatherings. Smh.

Toronto Police, who have been given formal notice of the protests, watched from the guidelines as the mass of people gathered. 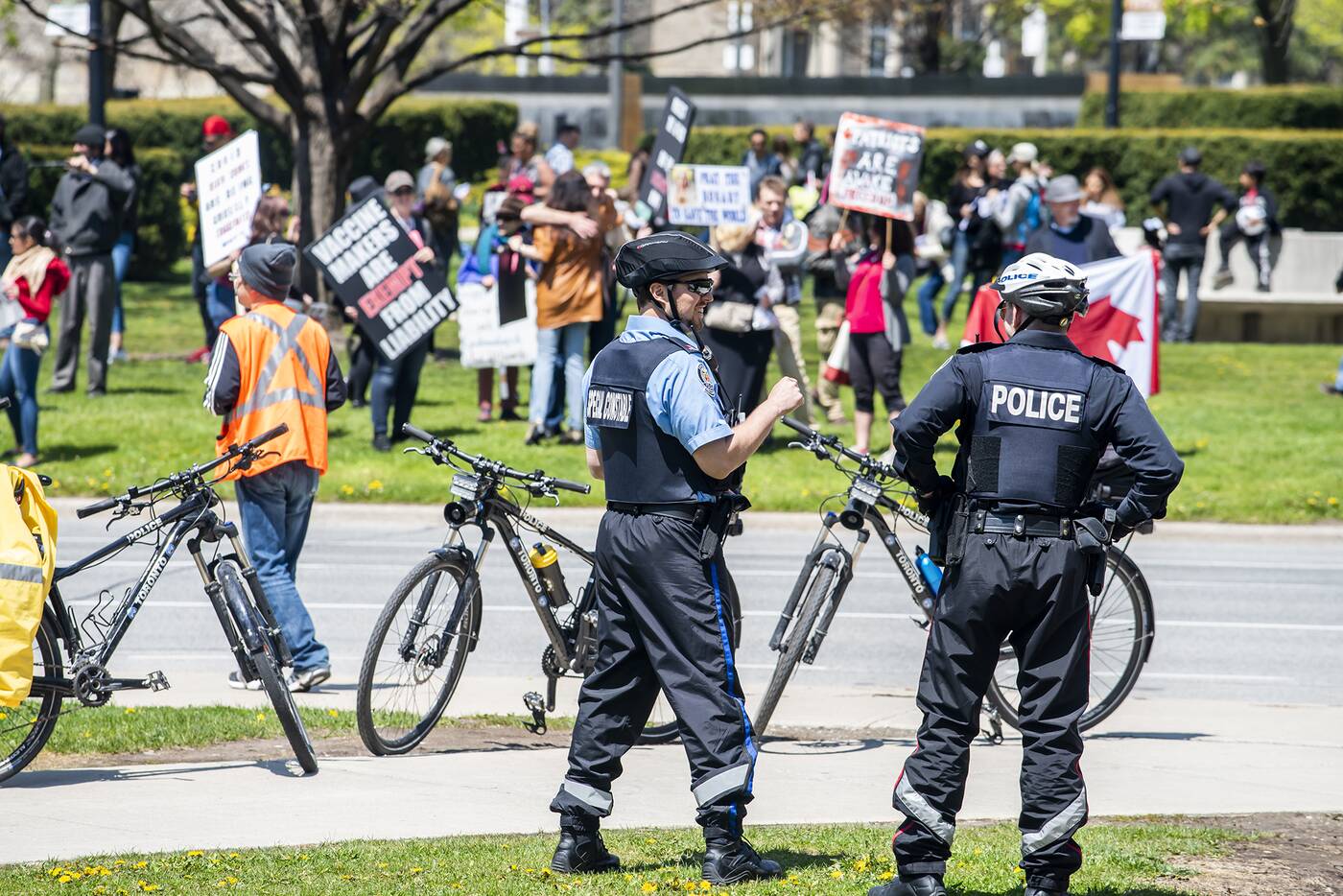 Despite the disregard for physical distancing bylaws, which require a minimum of two-metre distances, or the Province's social gathering bylaw that states a maximum of 5 people, it appears the right to protest trumps Canada's Quarantine Act: no fines were handed out.

by Tanya Mok via blogTO
Posted by Arun Augustin at 2:40 PM