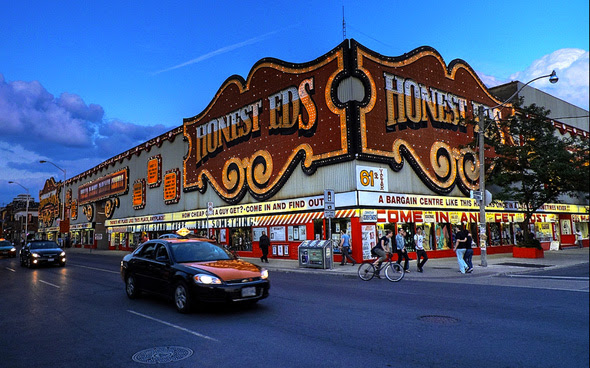 2014 was another big year for Toronto news. The El Mocambo was saved from closure, we found out that Jilly's is going to return as a boutique hotel, and the city was lashed with wild wind, rain, and snow. Rob Ford mounted his re-election bid only to be forced to drop out after being diagnosed with cancer, the new streetcars hit the road on Spadina, and Jian Ghomeshi's house of cards finally collapsed.

Last call is pushed back to 4am

No fun Toronto finally catches up with Montreal and New York in embracing late night bar culture. Most bars try it out for the few months until it becomes clear that it only makes financial sense at the busiest places on the busiest nights. Six months later, no one complains anymore.

Craft beer to be sold in Toronto Beer Stores

Following an expose in the Toronto Star earlier this month, it seems the Beer Store's bizarre monopoly might finally be on shaky ground. Here's hoping the new year brings meaningful change that benefits the long-suffering beer drinkers of Ontario, not overseas corporations.

Sure, Toronto has its own spectacular burger selection, but the phenomenon that is In-N-Out Burger would no doubt find a loyal following north of the border. Since there are no outlets this side of Little Rock, this one looks unlikely to become a reality.

Food truck bylaws get another overhaul

Food truck rules were last changed this year, but there are still tight restrictions on mobile eats. Trucks can't be parked within 50 metres of an open restaurant, remain in one spot longer than three hours, or be clustered more than two to a block. Time to loosen up a little in 2015.

Ranked ballots produce demonstrably fairer election results. Under the current first-past-the-post system, a candidate who wins just 5 percent of the vote could conceivably be elected (this year, Councillor Christin Carmichael Greb was elected with 17.4 percent of the vote in Ward 16.) Ranked ballots eliminate vote splitting, reduce strategic voting, and provide additional choice. Let's do it.

Two icons of Toronto together at last. Doc series in the works.

The Honest Ed's sign finds a home before crisis ensues

The iconic bargain retailer at Bloor and Bathurst is set to close, and that sign is going to need a home before anyone who cares about Toronto history is up in arms about its demise. Wouldn't it be nice if David Mirvish figured out how to preserve this thing before it sounds like it's going to disappear?

The Yonge line (sorry, Line 1) has been a nightmare for decades and even assuming that the relief subway is delivered to the current schedule, it will be closer to 2030 before anyone gets a chance to ride it. Time to find a way to speed this up.

The Buffalo Bills move to Toronto

The Maple Leafs do something to make us proud

A cup is too much to ask for, we all know that, but a chance to avenge that brutal 2013 first round defeat to the Boston Bruins would go some way to restoring our bruised faith in the Buds.

by Chris Bateman via blogTO
Posted by Arun Augustin at 9:57 PM