The 10 bars with the most beer taps in Toronto 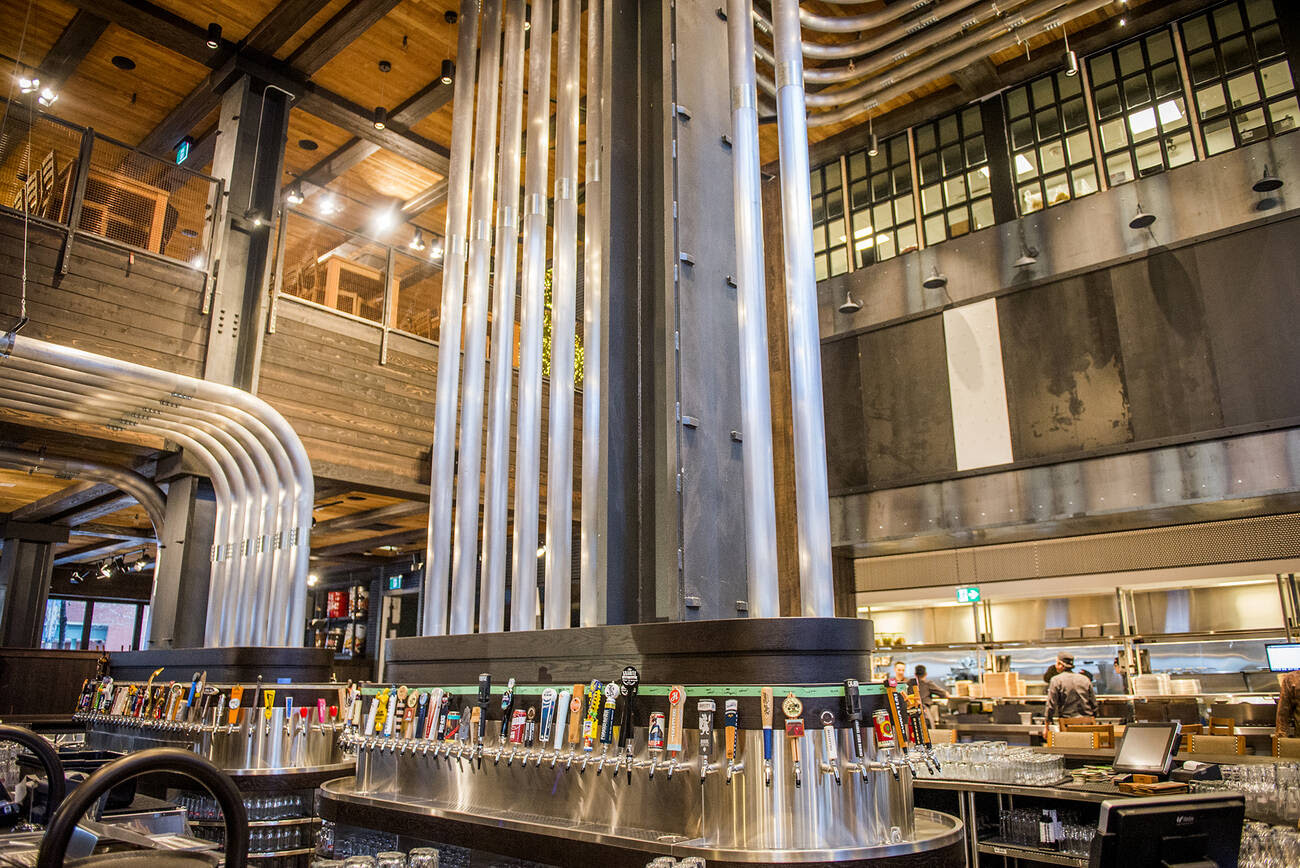 Bars with the most beer taps in Toronto give you options, and lots of 'em. While the this distinction doesn't necessarily mean these bars have the best beer selection in Toronto, they do make for a great night out and offer the guarantee of having a brew for everyone.

Here are the bars with the most beer taps in Toronto.

This sports mecca beside the ACC boasts over 100 taps, pouring 37 different beers. The selection skews hard toward big brewers and foreign imports and their easy-to-drink lagers and wheat beers.

This Calgary-based beer hall has brought 160 taps into a gargantuan multi-level space in the Financial District. About 145 are devoted to beer (with others going to cider, etc.). There’s no scarcity of international offerings here, but there’s an effort to keep the selection 65% local.

This Liberty Village gastropub is where you'll discover 120 beers on tap. The choice is often overwhelming, so let the staff point you toward the treasures or opt for a flight and try a bunch.

Arguably one of the best best spots in Toronto for drinking imported, European beer, all four locations of the chain offer draught lists ranging from 45 to 50 beers, which is probably more selection that you'll ever need.

This pub found on Front St. has one of the  largest draught selections in the city with 56 different beers. The big brewers are well represented here, but they also show craft offerings some love.

With a name like King Taps, it's no wonder this Financial District spot makes the list. Aside from a delicious menu of bar bites, the massive multi-level beer hall has over 70 beers on tap.

If you like Belgian beer, you'll be hard-pressed to find a place pouring more of it than this watering hole that's walking distance from both the AGO and OCAD. There's upwards of 50 draft lines, many of which are dedicated to  Belgian beers.

Here's where you'll find the most draught lines east of Yonge St. At this Front St. staple there are 42 taps dedicated to craft beer offerings. The food is pretty good too.

This Muskoka-based bar can be found near Yonge & Dundas offering a tap list that's 48 beers long. Their selection ranges from Bud and Canadian on down to offerings from smaller outfits like Left Field Brewery.

by Staff via blogTO
Posted by Arun Augustin at 7:43 AM