This Week in Theatre: Angels in America, Dusk Dances, As You Like It, Something is Wrong, Legally Blonde 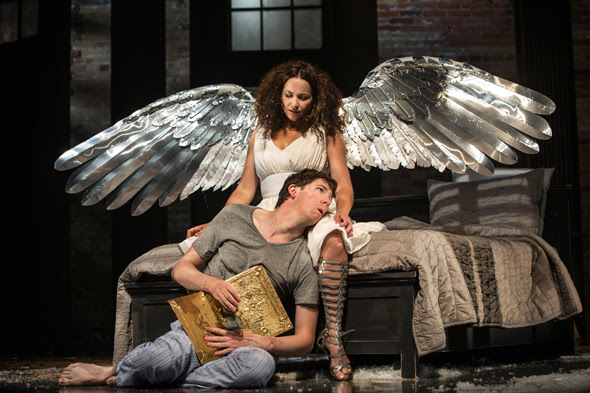 This week in theatre rounds up the most noteworthy live theatre playing right now in Toronto. It includes just-opened shows as well as productions that are about to close.

Tony Kushner's epic narrative on the social and political impact of AIDS in the late 20th century is one of the most anticipated productions on the Toronto theatre calendar. The two part, six hour play has been performed in the city only once before. Given that Kushner's play is one of the best contemporary narratives we have, Soulpepper's production is not to be missed. Wednesdays and Saturdays throughout August, the theatre offers the opportunity to see both parts in one day.

The most enjoyable Summer dance event comes to you courtesy of Dusk Dances, who for 19 years has been presenting outdoor shows for communities across the country. This year the performances in Withrow Park will feature four pieces: The Last Round (Susie Burpee), The Alice Odyssey (Melanie Kloetzel), May I Join You? (Carmen Romero), and 1981 FM (Throwdown Collective).

Humber River Shakespeare presents outdoor theatre across the GTA, even venturing as far as Aurora, Caledon, and Collingwood this year. The comedy of choice is As You Like It, the green world play set in the Forest of Arden. It's here where Rosalind uses the disguise of Ganymede to escape her uncle and woo the romantic Orlando. This upcoming week you can find Humber River at the Old Mill Inn, as well as Etienne Brulé Park.

A Greek Chorus makes up the characters of Naught, A Theatre Company's inaugural production, Something Is Wrong. The chorus is wrapped up with questions that creep in during dark times, when worry and paranoia set in. After the chorus willfully turns their back on the hardships lurking below the surface, one chorus member steps out from the crowd to investigate. The play uses poetic text, dance, and original music to investigate what's wrong.

Randolph Academy presents a light and popular musical comedy during the summer, Legally Blonde: The Musical. By now the story is well known, about Elle traveling to Harvard to win her boyfriend back after he breaks up with her unexpectedly. The production is directed by Dora Award nominee Lezlie Wade, with musical direction by Lily Ling and choreography by Jason Franco.

by Keith Bennie via blogTO
Posted by Arun Augustin at 10:39 PM