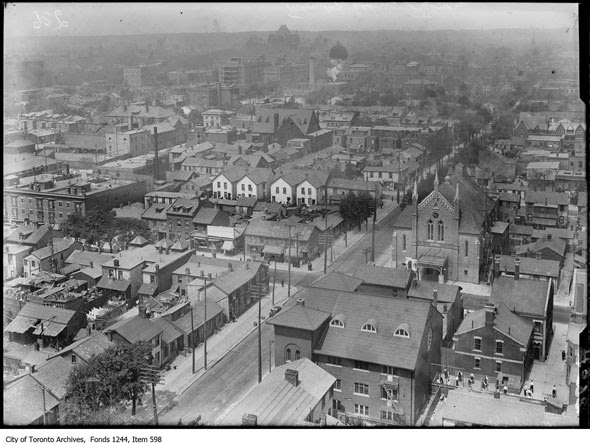 The ever-expanding City of Toronto has absorbed and digested a multitude of once-independent small towns in its hungry quest for size and strength. Among the lost communities are Brockton, Carlton, Davenport, and Chester; some, like Parkdale and Yorkville, live on as well-known neighbourhoods.

The shifting urban landscape has also led to the loss of at least one prominent neighbourhood, The Ward, pictured above. Though new condos are bringing residents back to the area around City Hall, Yonge Street, and University, north of Queen, the name of the densely-populated immigrant area was lost long ago.

Here are 5 lost neighbourhoods and towns in Toronto.

The Ward, Toronto's original immigrant neighbourhood, was for several decades a dense slum in the Queen, Yonge, University and College area. The area sheltered generations of immigrants and refugees from around the world, some of them displaced by the Irish potato famine, others fleeing persecution via the Underground Railroad.

The Ward was gradually overtaken by the expansion of the city, giving way to both city halls, Nathan Phillips Square, and other landmark buildings in the area. Loosely speaking, the area that was once The Ward is now within the city's Discovery District.

The postal village of Carlton was in the vicinity of Old Weston Road and St. Clair (nowhere, it should be noted, near Carlton St.) in the mid-19th century. At its zenith, the little village had its own rail station and a population of around 150. Davenport, a town of a similar size just to the southeast, centred around Davenport and Lansdowne and once discussed a merger with Carlton, but both were eventually annexed by the West Toronto Junction and then the City of Toronto. 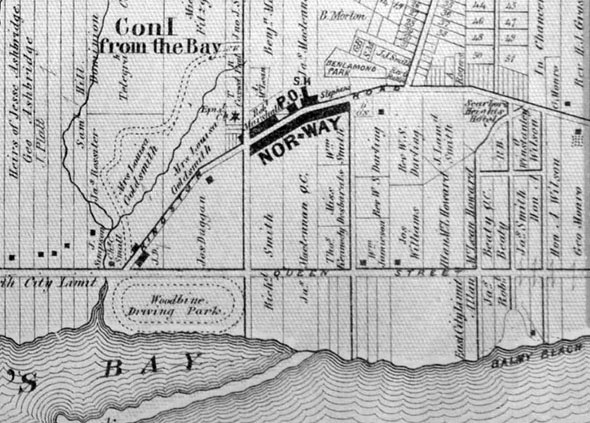 The name of Little Norway Cemetery at Kingston Road and Woodbine is one of a few relics of this lost Toronto neighbourhood to endure. In 1837, around 80 people lived in the village of Norway, sometimes spelled Nor-Way, which included a toll booth, post office, brewery, store, hotel, and several factories.

Despite the name, it seems the community wasn't named for the European country, but rather the vast stands of red pine in the area - "the valuable and scarce article, the Norway Pine," according to the Toronto Patriot, a newspaper of the day. The Norway Steam Saw Mill was established in 1835 to capitalize on the available wood. Today, Norway is part of the Upper Beaches neighbourhood.

Located around Danforth and Broadview, the Village of Chester (known for a time as Doncaster) became part of the City of Toronto less than 100 years ago. The little community benefited from the building of Danforth Avenue as a link between Broadview with the Danforth Road, and again with the arrival of streetcars on the Prince Edward Viaduct. Chester lives on in the name of Chester Ave. and the subway station between Broadview and Pape. 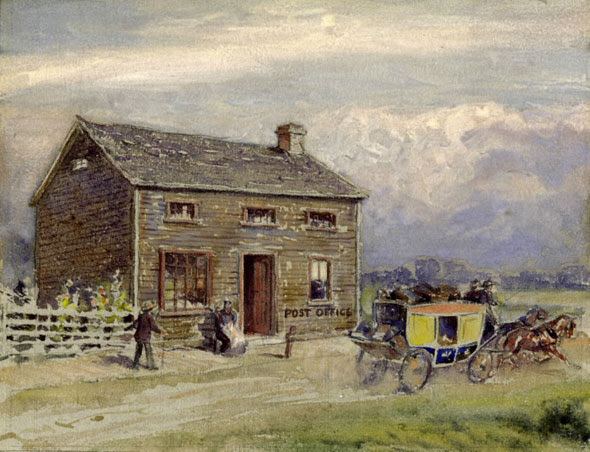 The name still lives in the name of the Dufferin St. neighbourhood, and a few traces remain of Brockton Village as an independent community west of Toronto. Named by and for the Brock family, who were early local landowners, the village was developed with Brock Ave. as its central street. Its town hall - which still stands, albeit as a shabby storefront - is at the southwest corner of Brock and Dundas. The town was incorporated for only three years before being annexed by the City of Toronto in 1884.

by Chris Bateman via blogTO
Posted by Arun Augustin at 10:20 AM