The 15 biggest patios in Toronto 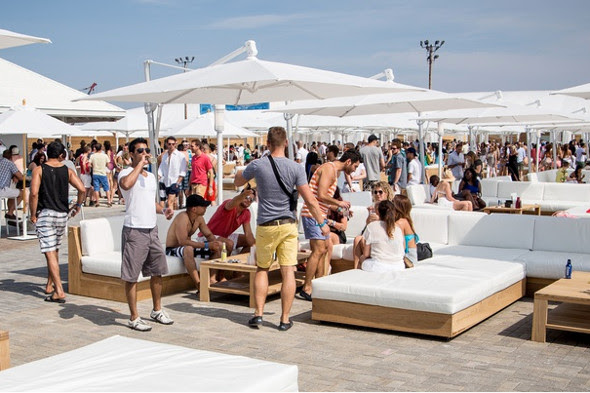 The biggest patios in Toronto, by and large, have been spawned by the city's most luxury-courting nightclubs; apparently, being able to pack several hundred open-air revelers into a courtyard or rooftop is a big boost to your establishment's luxeness factor.

But even if you're not into tiny skirts and $9 vodka sodas, you can still spread out and enjoy a surplus of elbow room like a VIP; a few pubs and restaurants have put the effort into maximizing their outdoor space, meaning you'll be able to take your next party outside with ease.

Whatever your poison, we consulted our Toronto Patio Guide App to bring you the hard numbers on the highest-capacity patios in the city. Is bigger better? Try all of these out and discover for yourself.

Here are the biggest patios in Toronto.

Essentially, this Polson Pier pool/restaurant/nightclub is one gigantic patio, complete with cabanas, $5 towel rentals, tropical cocktails, and a menu of fancy snacks courtesy Olivier & Bonacini. The opulent surroundings (and the presence of a pool) definitely sets Cabana apart from your average pitcher-pounding patio experience.

The Pure rooftop lounge atop this Entertainment District club, geared toward "influencers" and built like a Habitrail, just might be its biggest redeeming quality. The patio comes complete with three VIP areas, a DJ booth, two fully-stocked bars, and a lovely view of the downtown Toronto skyline. 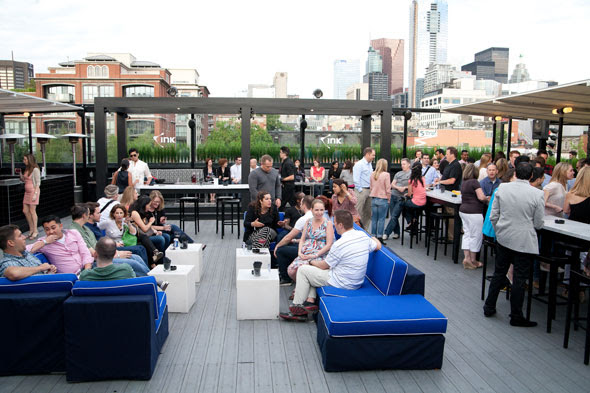 The Queen West club's rooftop patio offers a lounge-ish vibe, with tons of benches, bistro tables, and space to stand around and mingle; there's also a short rooftop-only menu that includes ancho short ribs and an 8oz burger. They open up the patio early for dinner on Sunday nights.

It's a club patio for people who hate clubs; away from the massive LED screens and thudding bass, this Mercer St. club boasts a refined rooftop patio livened up by ample greenery and a few whimsical decorative touches meant to invoke a French feel. Up here, the price to pull up a wooden bench is just a single drink at the bar - take that, bottle service.

Formerly Trinity Taverna, this modern-Greek spot in the Beaches features a 350-seat patio that smoothly extends the Mediterranean villa-style interior out into the open air. What better way to enjoy fresh fish and Greek grilled meats than al fresco? 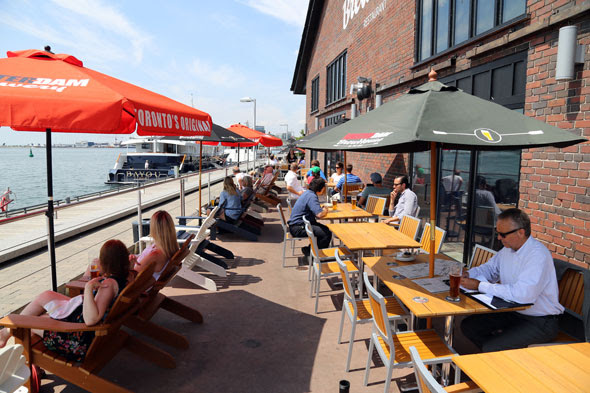 The Toronto brewery's Queen's Quay brewpub technically has three patios, which combine for a grand total of 300 beer-drinking spots in the sunshine. The biggest feature (aside from the bread soda, of course)? The Muskoka-chaired waterfront patio, which has earned raves for its cottage-mimicking properties.

This King West rooftop club is aimed squarely at moneyed mover-and-shaker types - but even if you don't have a trust fund, it's still a worthwhile place to do some open-air lounging (particularly if you hit the joint early; there's no cover during after-work hours). The greenery-covered patio's biggest draw: A series of small cabanas equipped with shisha pipes (though the pricey-but-strong cocktails are a close second).

OhSo's huge rooftop patio offers similar patio perks to its downtown club brethren, including a skyline view, sleek wooden details, and the opportunity to escape the club atmosphere you just paid $25 to get into. It's heated, which helps when you inevitably didn't wear a jacket to save on coat check. 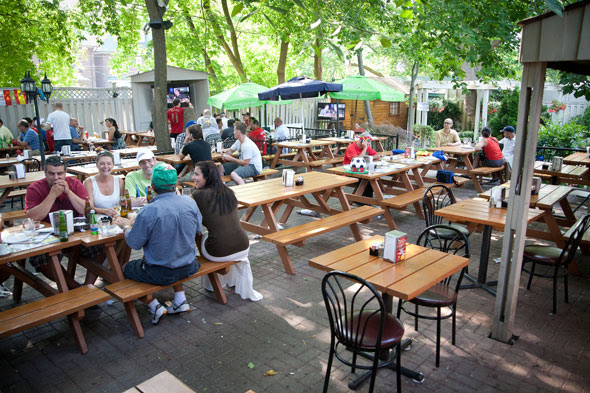 Many of Toronto's biggest patios come with clubs attached, but this Portugese joint on College St., mercifully, has no dress code. What they do have: Delicious roasted chicken and cheap pints. Picnic tables, shady trees, and a few TVs complete the experience. Come as you are.

This two-storey Irish pub in Liberty Village seats a combined 250 people on its trio of rooftop patios. Entertain yourself with a nice view of the CN Tower (or BMO Field - the place is popular among TFC fans), or with their lineup of live music on Thursdays and Saturdays.

If you really want to throw a pool party, head to Cabana with the other 2499 people; if you just want to evoke the pool party experience, pull up a wicker couch at Wellington's C Lounge, where the vibe is tiki-influenced without going full Elvis. They tick off most of the summer fun checklist: Cabanas, drinks, palm trees, an outdoor bar, drinks, and drinks. 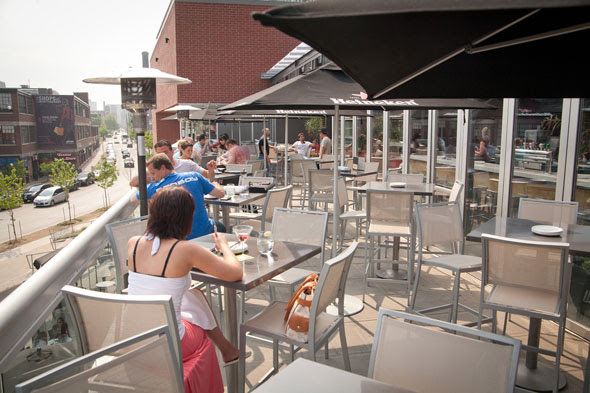 Across the way from the Brazen Head in Liberty Village is Williams Landing's own rooftop patio, which features shady umbrellas and a spread-out view of the neighbourhood below. The often-busy, often-noisy patio is a favourite among locals, who dig the sleek atmosphere.

Nestled right between Yorkville and the Annex is this casual gastropub located in a retrofitted mansion. Their patio is a favourite of U of T grad students, local office workers, and big groups of anyone and everyone (a by-product of the abundance of space); it's secluded enough that the only noise you'll have to deal with is the chatter from the folks around you. 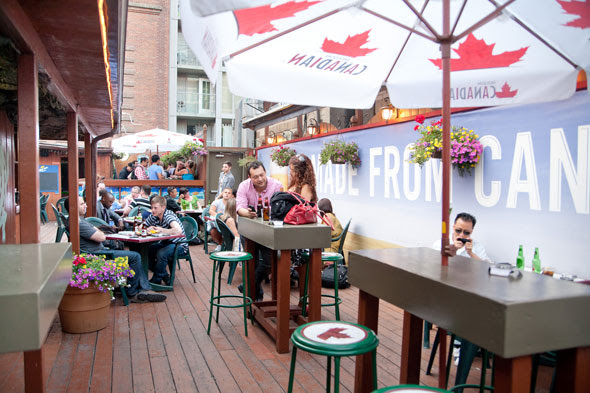 Let's just get this out of the way: If you Google this Adelaide St. bar, the second result that comes up is "crocodile rock toronto cougar". Croc Rock does indeed have a rep for attracting ladies of a certain age, but it's reportedly party central for a diverse mix of people that includes students, tourists and Financial District types. Go here if you want to have a bunch of cheap drinks and let your night get real weird.

Edging out the Thompson Hotel's rooftop (by just three people) is the side patio of this mega-stylized King West Asian bistro, which splashes things up with sculpted shrubbery and a koi pond that wraps around the seating. If small plates and tea cocktails are your thing, pull up a cabana-style booth.

Is your favourite on the list? Leave your picks for huge Toronto patios in the comments.

by Natalia Manzocco via blogTO
Posted by Arun Augustin at 10:00 AM