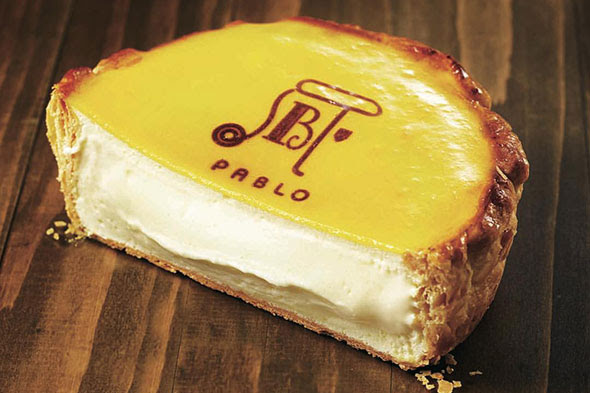 The Pablo Store might have cause a Kanye West-related stir in Toronto this past summer. But there's a new Pablo outlet coming to town and this one's all about cheese tarts.

Pablo, which first opened in Osaka, Japan, specializes in serving up massive (and mini) cheese tarts. These desserts look much creamier than your typical cheesecake and come in a variety of flavours, such as original (plain cheese), chocolate, strawberry and matcha.

Pablo is already set up all over Japan as well as in South Korea, Taiwan, Malaysia and the Philippines.

The Toronto outpost will be the brand's first North America locations. It's slated to open at 114 Dundas St. W., inside the old Spadina Garden space, some time in April or May of 2017.

Along with its cheese tarts, Pablo serves up a slew of desserts, including soft serve.

by Amy Grief via blogTO
Posted by Arun Augustin at 1:27 PM