10 most anticipated Toronto restaurant openings in 2014 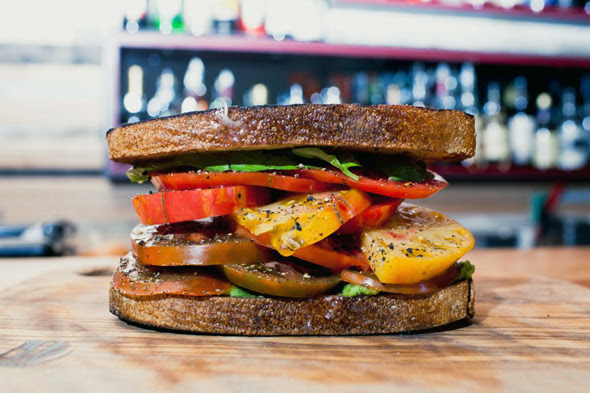 The Toronto restaurant scene shows no signs of slowing down in the approaching year, and the most hotly anticipated openings promise to deliver notable expansions from kitchens and chefs that we already love, plus some new potential game-changers ready to whet our appetites. All in all, 2014 is already set to be an exciting year for food and drink in this town.

Here are the 10 most anticipated Toronto restaurant openings in 2013.

The first of two planned expansions for County General in the new year. This new cocktail-centric spinoff will be situated in the east end, replacing the Canadian Pie Company At 798 Queen East. The new eatery and bar will serve coffee and casual fare in the day, before transitioning to tapas and sharing plates in the evening.

Later in 2014, Bloorcourt Village can also expect the County-treatment to take over the former Beirut Palace at 1006 Bloor West (including its sizeable patio) next to the Paradise Cinema (hence the name). Chef Danai Hongwanishkul (formerly of Canoe) will supply culinary direction once founding partner, chef Victor Barry goes solo in the new year.

Not just a humble sandwich shop, but an offshoot to this legendary steakhouse, this new take-away joint at 15 Elm Street will share the same commitment to quality as Barberian's Steakhouse next door. Arron Barberian and partners Pasquale Orgera and John Andrews plan to offer breakfast 'til late-night service, The menu will triumph generous helpings of made-from-scratch Canadian comfort foods like; peameal, fried baloney and meatloaf sandwiches, plus, there'll be poutines, Nanaimo bars and butter tarts.

Always billed as a placeholder for an impending condo, this poutine/sandwich/salad joint closed up shop at Spadina and Queen this fall and announced it was finally moving to a permanent address at 676 Queen West. They've hinted the new location will even serve booze.

The two adjacent restaurants on King West between Bathurst and Spadina will still operate independently, but just the thought of this pizza-pork hybrid makes me salivate and start dreaming of potential menu cross-overs.

Nuit and Jeff Regular have already expanded Toronto's repertoire of regional Thai cuisine at Khao San Road (no longer involved) and then at Sabai Sabai and Sukhothai. Now, at this third restaurant slated to open at 18 Duncan Street, the duo plans to introduce the flavours and foods of Northern Thailand.

This casual Italian-American restaurant will open in place of the much-lauded Acadia on Clinton at College. Ownership remains the same, though Lindsay and Scott Selland will bid adieu to Top Chef Canada alum, chef Dustin Gallagher and switch focus to a more casual approach. The menu will triumph affordable cocktails and familiar dishes like mini calzones and Parms done every which way; chicken, veal, eggplant on a roll, hero sandwich or platter.

This new Barcelona-inspired tapas bar is slated to open at 26 Market Street in late January. The menu is planned to feature small plates, tapas and pintxos rooted in Spanish tradition but with a global spin. The opening menus from chef Michael Smith (formerly of C5, Gladstone Hotel not theChef at Home ) will span brunch, lunch and latte-night featuring delicacies like cauliflower chorizo pancakes and sesame sweetbreads.

This vegan bakery has been a fixture on the farmers market circuit since 2010. In the new year (mid-January) the bakery will open a brick and mortar retail source for dairy and egg-free baked goods at 589 Markham Street.

Bar Buca is open at last on Portland but what about this long-awaited offshoot planned for the Four Seasons? Rob Gentile's third seasonally-inspired eatery will reportedly be a heavily researched, seafood-centric, reverential-Italian concept. As for an opening date? I won't even hazard a guess.

What did I miss? Add your most anticipated restaurant openings to the comments below.

by Liora Ipsum via blogTO
Posted by Arun Augustin at 11:33 AM