How the TTC used to say Merry Christmas to its staff 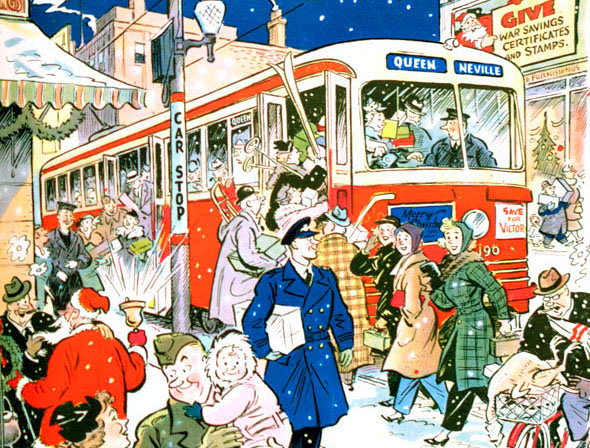 The Coupler, the TTC's venerable old internal magazine, has been running more or less continuously since the creation of Toronto's transit authority in the early 1920s. Its pages are a repository for the ongoing TTC story as viewed from the inside. It has published commemorative issues with each new subway line and tracked the Commission as it grew into one of the most used mass transit systems in North America.

Since the 1930s, The Coupler has recorded births, retirements, and deaths of former employees, printed TTC league hockey scores, photographed internal social events, and even produced articles on health and well-being - "The Ups and Downs of Dieting," to name one - courtesy of the TTC's own medical director.

Every year since 1924, the magazine has published a special Christmas cover, almost always in colour, for its December issue. Viewed in series, the scenes range from charming to, well, a little frightening (check out the terrifying giant Santa Claus attacking a TTC bus in 1971 and the unnervingly dark cover from 1959.)

Here are some of the best, courtesy of the TTC archives. 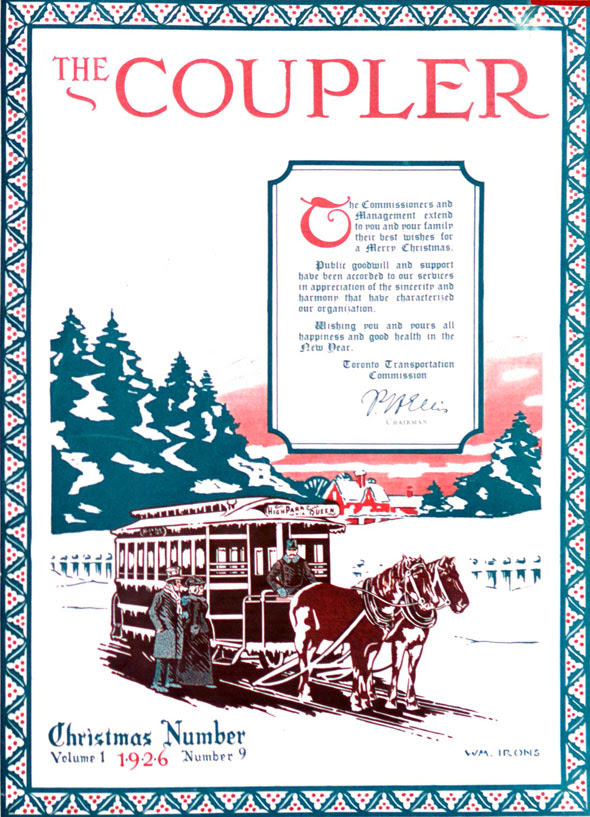 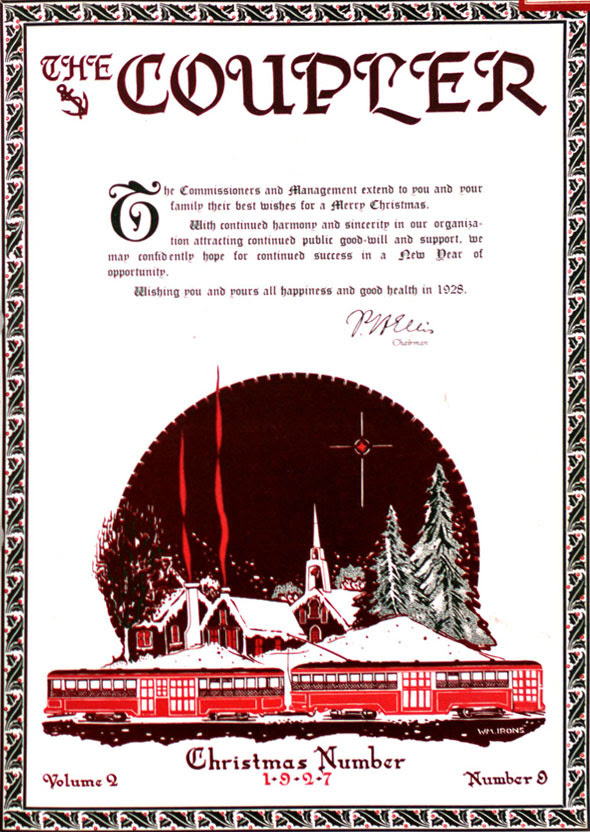 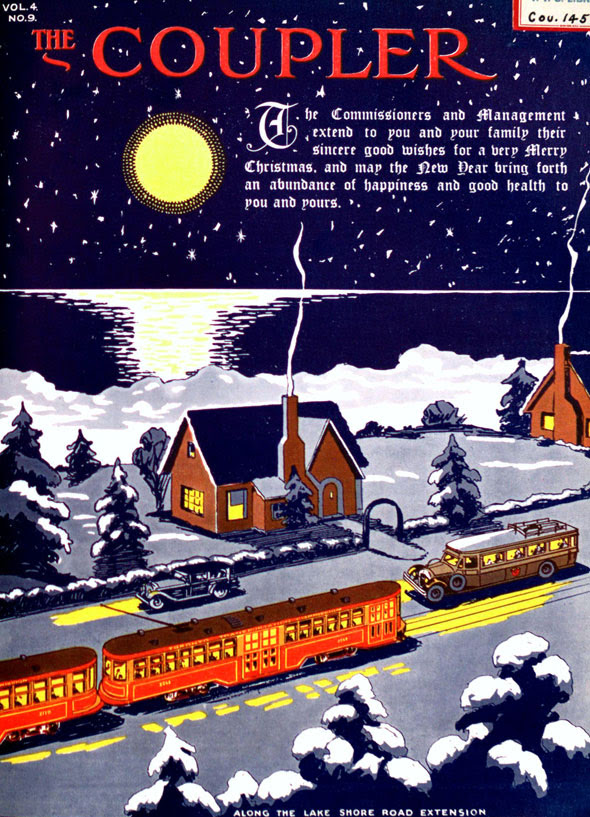 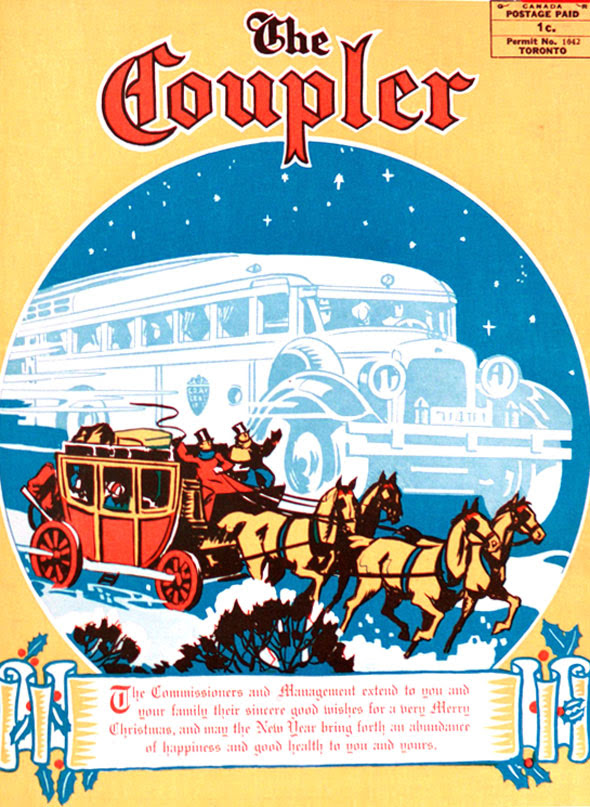 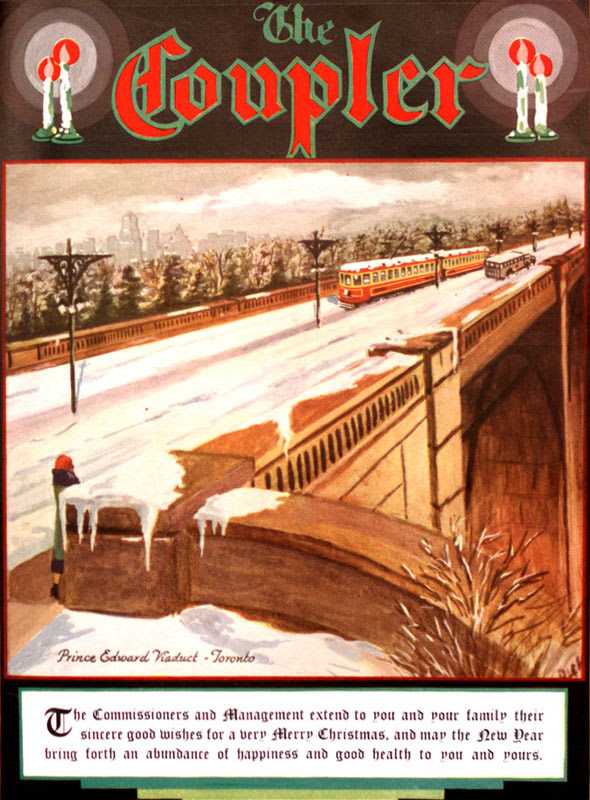 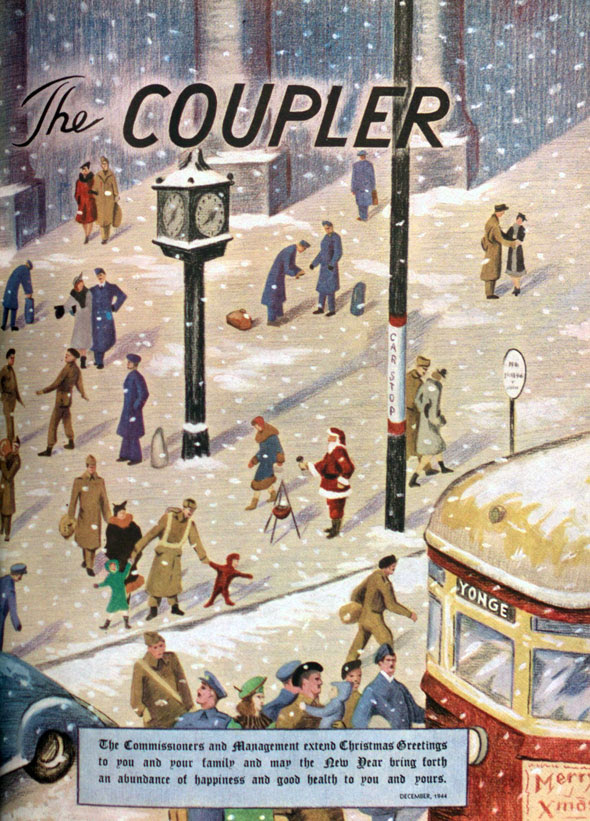 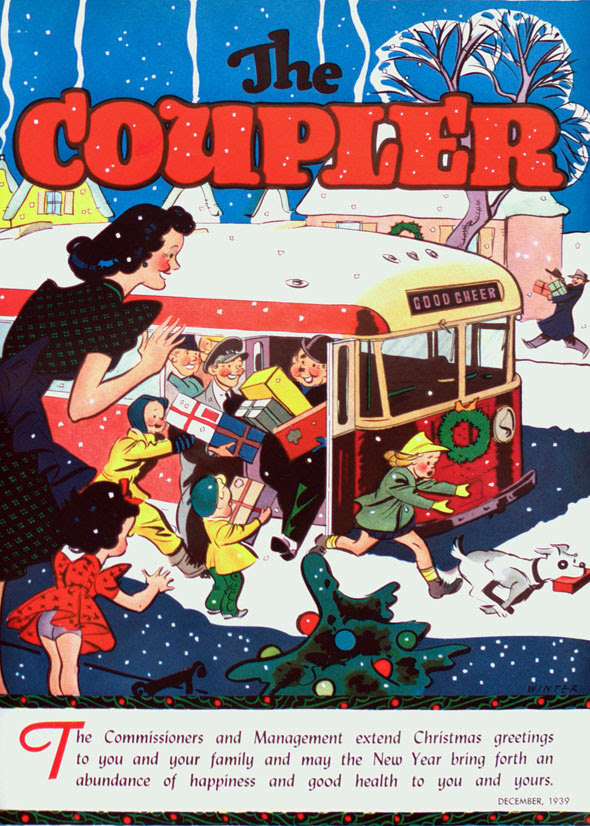 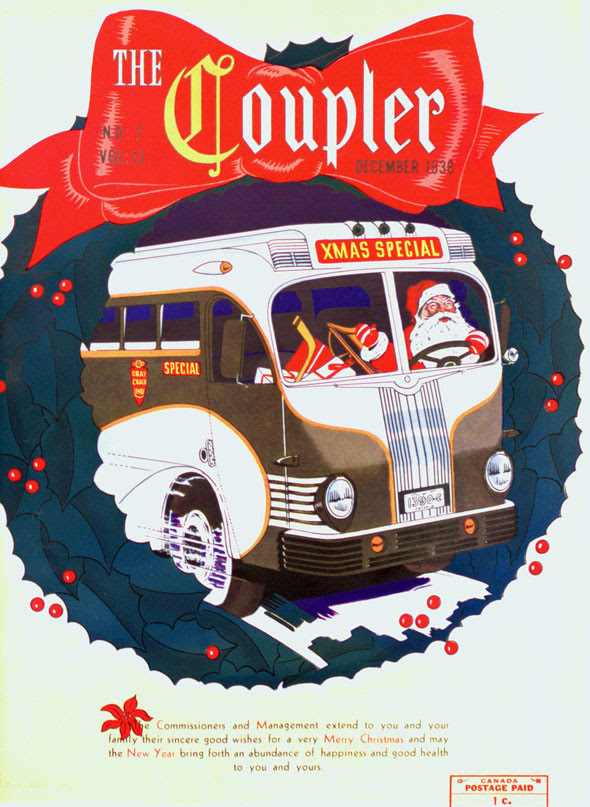 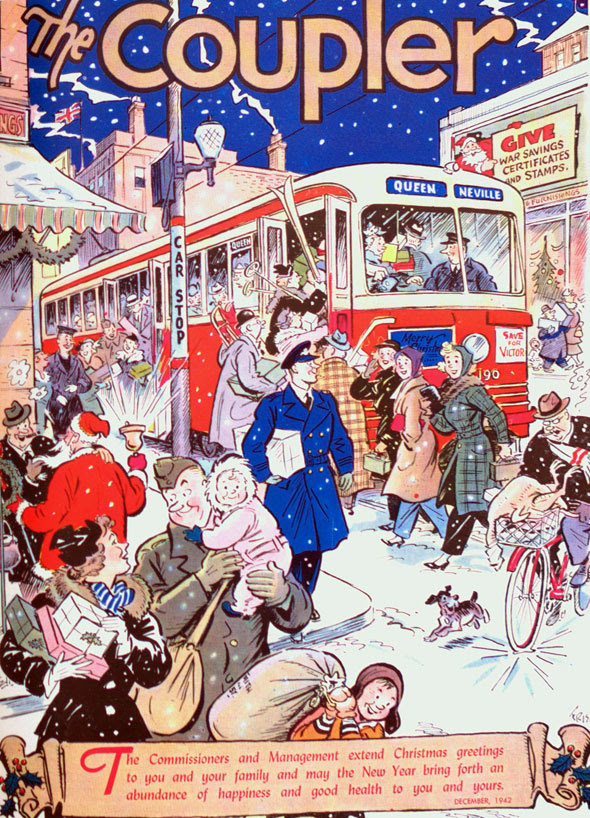 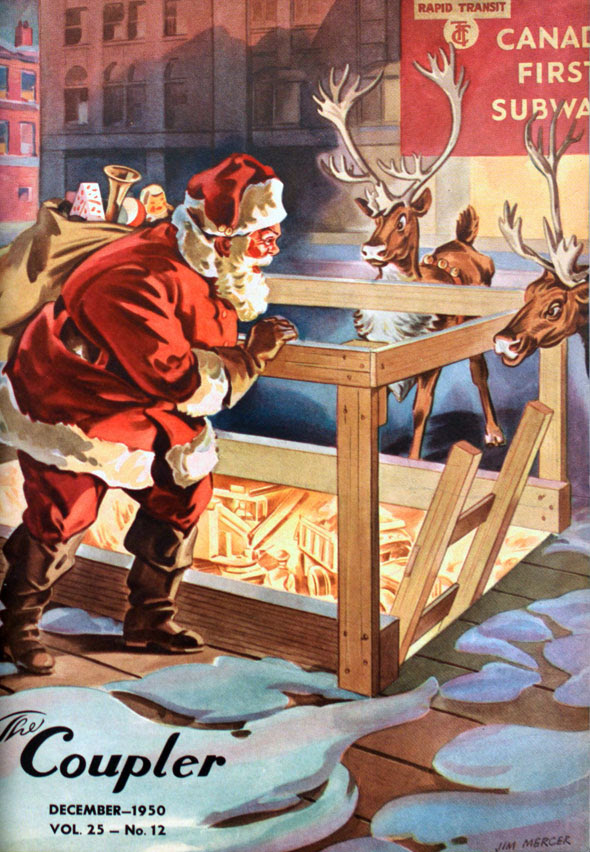 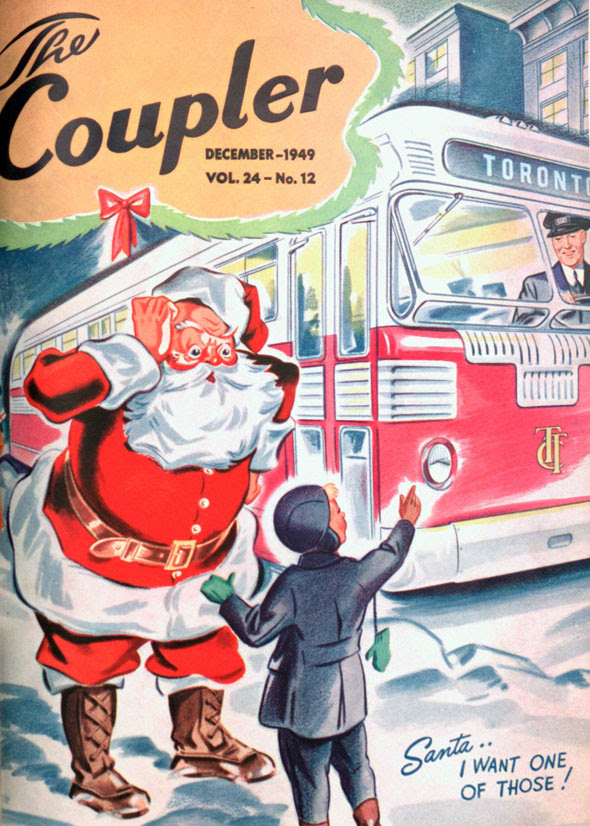 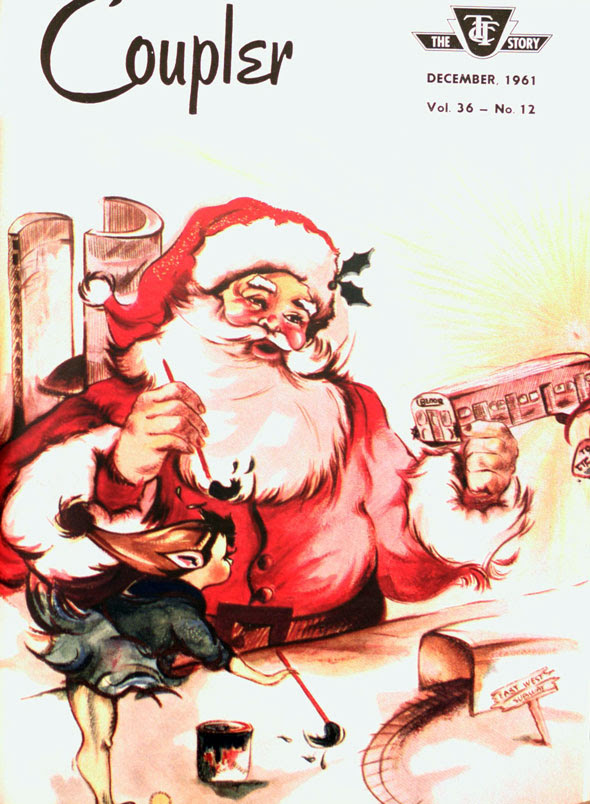 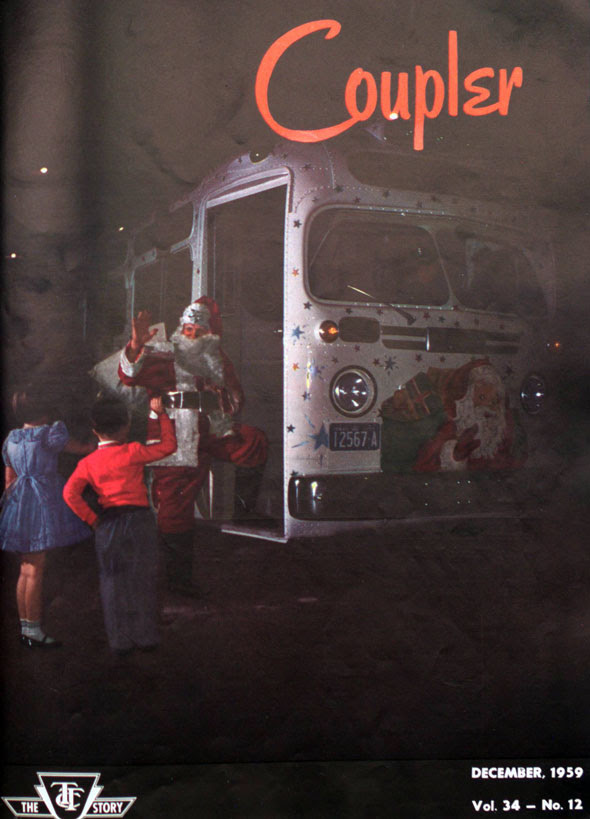 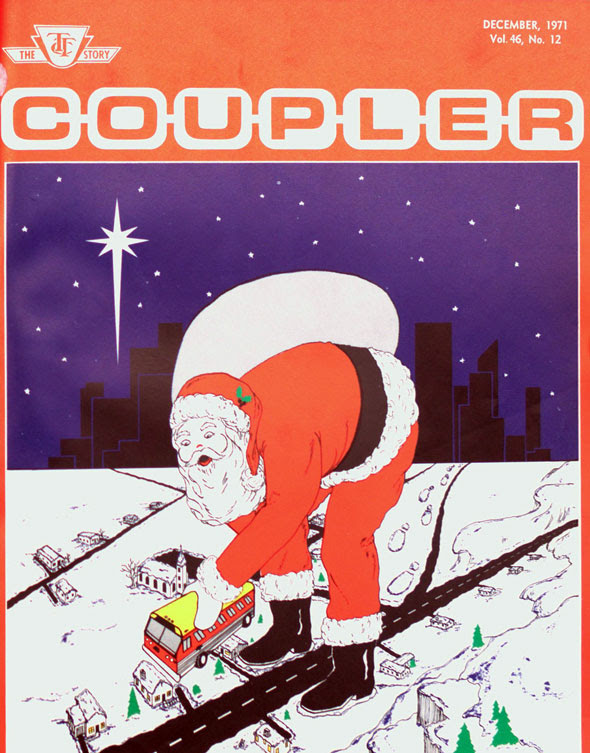 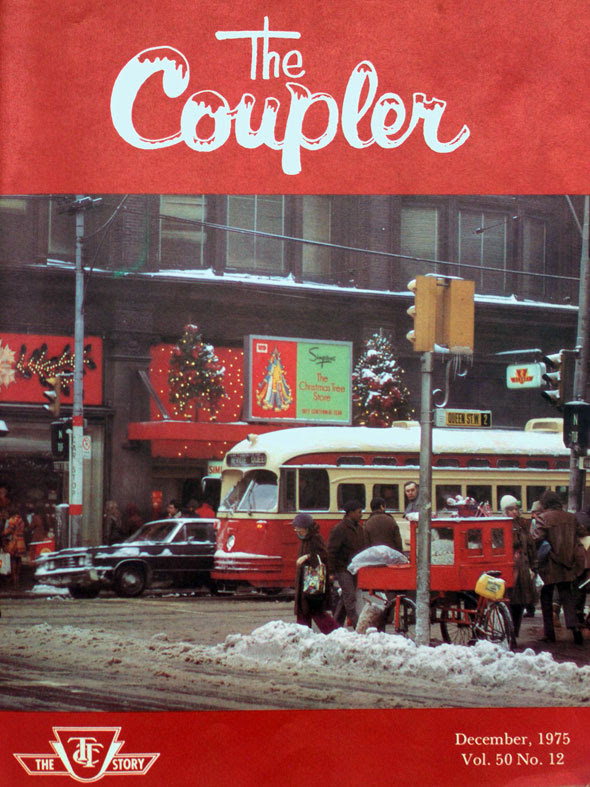 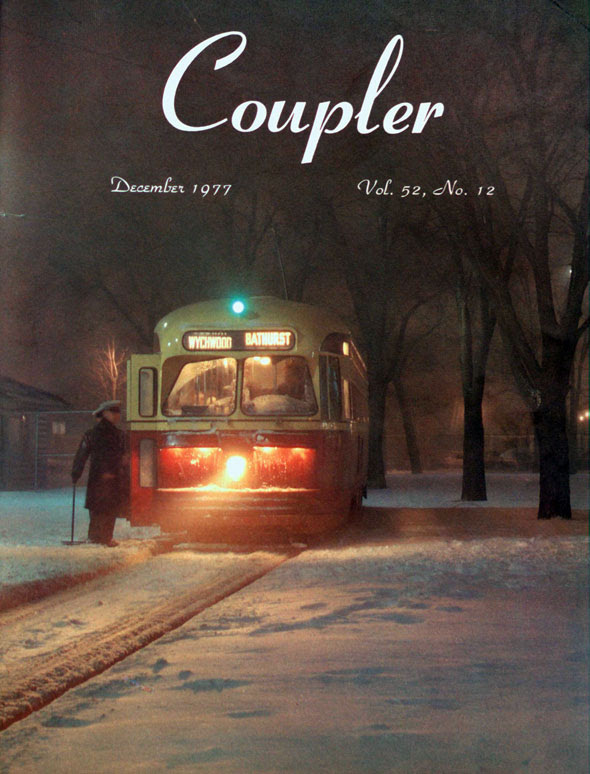 by Chris Bateman via blogTO
Posted by Arun Augustin at 9:33 PM