Arts and culture hub could be coming to Weston 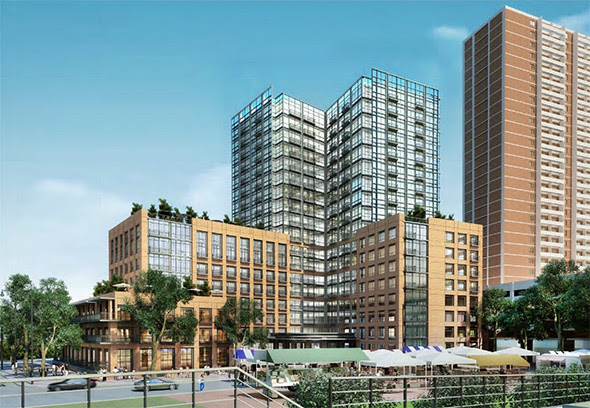 Signs that Weston is a neighbourhood on the rise received a major endorsement from city council today in the form of a new arts and culture hub planned for 33 King St. to be managed by Artscape. The new development will feature 8,500 square feet of what's being called "cultural space" and will include 24 live-work spaces along with a neighbouring tower that will house 350 rental housing units developed by Rockport Group.

The cultural hub portion of the development will be built in the podium section of an existing high rise apartment complex, part of which is currently a parking structure. The existing farmers' market at Weston will shift locations slightly and figure as a centrepiece in the summer months.

City council approved the project in principle today, though the final go-ahead ultimately depends on approvals of Rockport's planning documents and Artscape's business case. Let's hope these are but formalities. With the imminent arrival of the Union-Pearson Express and the Crosstown LRT to the south, both Mount Dennis and Weston appear poised to make major strides.

by Derek Flack via blogTO
Posted by Arun Augustin at 4:03 PM