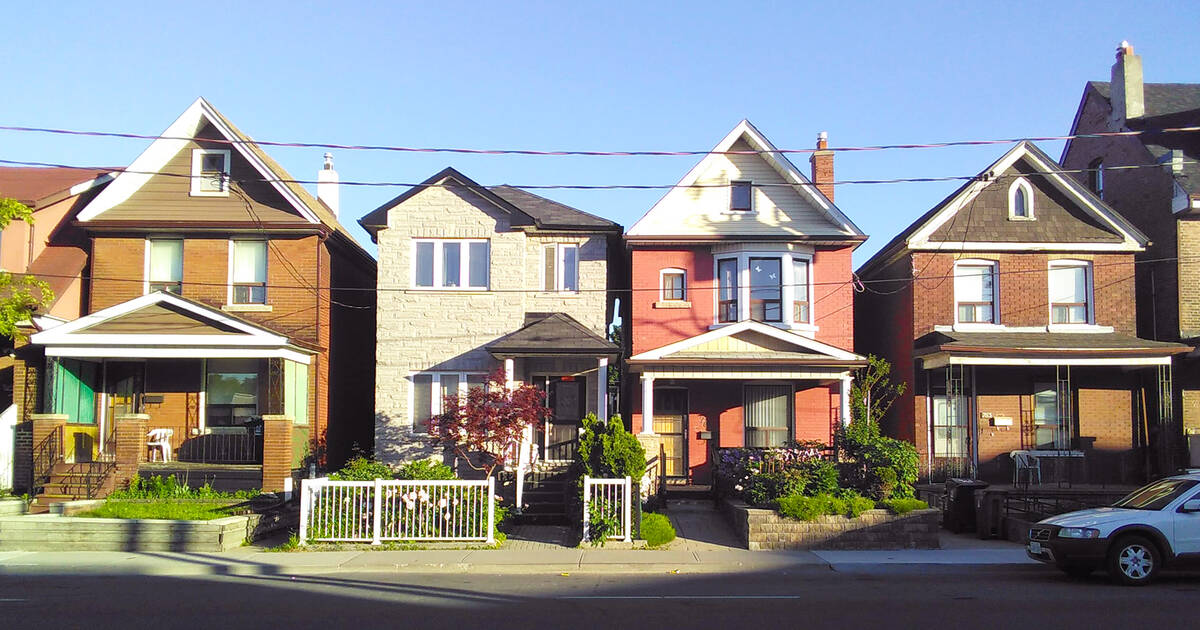 Experts had pretty conflicting forecasts about how the pandemic would impact the housing market in Toronto and Canada at large, but unfortunately for prospective homeowners, it turns out that home sales — and even worse, prices — are at record highs despite everything.

Some people make pretty good money (80-90k salary) and I am having trouble understanding how anyone can afford Toronto homes. Just a standard, attached, nice enough house costs at least $1 million, and anything truly desirable is more like $1.5 or $2M.

After a brief dip in the volume of houses sold during stricter lockdown back in the spring, real estate transactions have been way up compared to the same time last year.

According to the Building Industry and Land Development Association (BILD), last month was the biggest August for new home sales in the GTA since the organization started tracking such data 20 years ago.

With 4,539 new builds sold in the area, last month marked a shocking 217 per cent increase from August 2019, with numbers 119 per cent higher than the 10-year average.

Condo units comprised 5 per cent of purchases (2,609), but single-family detached and semi-detached house sales saw the biggest jump, up 355 per cent year-over-year even with the health crisis.

In Toronto specifically, where 32 per cent of the collective sales of five GTA regions took place, new condo sales made up the large bulk of all transactions: a whopping 1,423 of 1,448.

Prices for both types of housing were up significantly overall from the same time last year, with the average cost of a new condo in the Toronto area going up 16 per cent to $972,859, and the average price of a new single-family home rising 8 per cent to a steep $1,169,823.

The rich keep getting richer!

The team behind the report actually says that COVID-19 was a huge driver behind expedited development and buying habits after lockdown measures eased up in the summer and builders tried to make up for delays.

"With the record sales activity and unusual number of project launches we saw in August, it is becoming clear that the COVID-19 pandemic delayed consumers’ housing purchase decisions as well as builders’ project openings," a representative from Atlus Group, which provided the data, said in a release.

They also cited "much stronger activity than normal" in the GTA real estate market over the summer compared to previous years.

But, like everything, the short-term fate of the market remains uncertain as we progress into what may be the thick of the crisis with our second wave.

I wish I had a crystal ball. There are clearly a few reasons to expect a price drop, with less immigration, COVID-related job loss, lots of new supply. But the Toronto market appears to have nine lives, very hard to forecast.

But, it does seem that at least some people have been leaving the city proper to move to surrounding suburbs amid the chaos and the risks, financial and otherwise, that this year has presented.