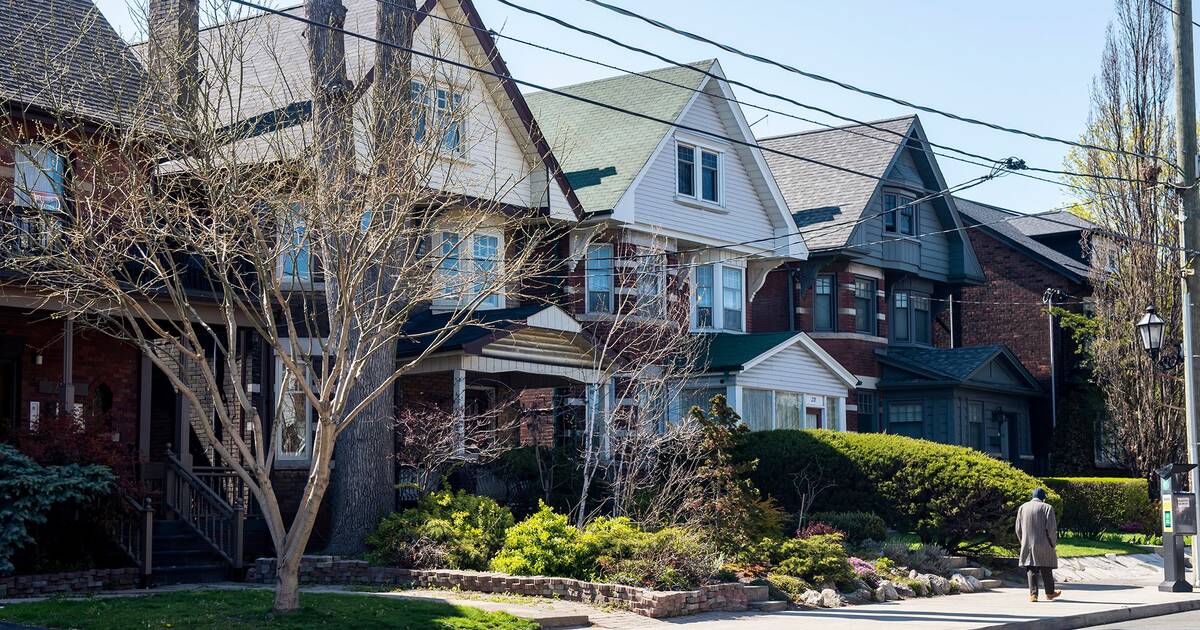 The pandemic has changed nearly everything about the way we live and work since it first arrived on our doorstep back in March, and local real estate agents say it's having a major effect on where and why Torontonians are deciding to purchase properties, too.

While living in the city has long been in high demand due to its proximity to workplaces, restaurants and other appealing cultural attractions, it seems many once die-hard Toronto residents are now picking up and moving to a different, more affordable and spacious market: Guelph.

"From my perspective, the Toronto to Guelph wave is real," Adam Stewart, a real estate sales representative with Chestnut Park West in Guelph, told blogTO.

"In any real estate market there is a natural flow of incoming buyers and outgoing sellers, but when it comes to the sheer volume of people in the GTA looking to now capitalize on the equity they've amassed in their homes in recent years with the newfound option for many to now work remotely, the time for many is now to find smaller, more affordable communities within arms reach of the city."

In the past 12 months, Stewart says about 50 per cent of his transactions have involved buying activity from former Toronto residents.

And with a recent listing he had in one of Guelph's most desirable neighbourhoods, called Old University, he says about 80 per cent of inquiries about the property were from interested Toronto buyers who were clearly motivated to make the jump out of the GTA market and into Guelph.

This trend, according to Stewart, is being caused by a number of factors. One such reason is undoubtedly that work has become remote for many as a result of the pandemic, meaning that concerns of living close to the office are no more.

"But the fundamental and underlying reason is that buyers looking at market like Guelph have reached a point where the city has served its purpose," Stewart said, adding that the pattern of Torontonians moving to Guelph and the Kitchener-Waterloo area is actually a long-term trend realtors have been seeing for a while.

"Once a decision is made to leave the city, buyers are either looking to establish new roots, or return home to their childhood community, or even many that have studied at the University of Guelph decide to return. I guess the analogy I try to explain is that the cup is overflowing in Toronto, and that the overflow of Torontonians will have a natural attrition that leads to communities like Guelph."

Over the past three to four weeks, Stewart said he's been having conversations with GTA buyers about why they're choosing to relocate to Guelph, and he is consistently hearing the same things.

"With COVID-19, we now find ourselves able to work from home, and we're ready for a change," he said his buyers have repeatedly told him.

"Certainly as companies continue to adhere to social distancing and keeping their employees and workforce healthy, employees are finding more autonomy particularly in professional services to establish new work-from-home routines…and in many cases that new home office, means a new home altogether."

The unaffordability of Toronto's housing market and the overall cost of living also evidently play a role in this phenomenon, according to Stewart, which is why it's something that began before the pandemic even arrived.

I 100% do not regret moving to Guelph 9 months ago. Our timing turned out to be really good, but even before **all this** we realized Toronto didn't suit us anymore. Highly recommend finding an alternative if Toronto isn't feeling good anymore.

A number of buyers that have owned real estate in Toronto for more than 20 years have also seen significant appreciation in the value of their homes, he said, allowing them to trade in their $1.1M, 1,300 sq.ft., semi-detached homes in communities like Riverdale for some of the best real estate on the market in Guelph.

Members of the baby boomer generation meanwhile often tend to be looking to downsize at this stage of life, which Stewart says sometimes attracts them to one of the 55+ purpose-built communities in the Guelph area, like the Village By The Arboretum.

Natalka Falcomer, a VP with Chestnut Park in Toronto, on the other hand, says the most common exodus phenomenon she's witnessed lately is the ultrawealthy buying waterfront properties to escape the city as it lost its cultural allure due to the lockdown.

Aside from this, she says those who have young children and are employed by companies that totally ascribe to remote working are also looking for a different option, but this was also true pre-pandemic.

Moving to Guelph! An hour away from Toronto 😂

"As a result of uncertainty with respect to how many of us will work in the future, we are not seeing the exodus from urban centres as widely as we originally anticipated," Falcomer said.

She noted that people moving out of smaller homes and away from the city was happening pre-COVID-19, though the pandemic did accelerate this change to at least some extent.

And while Falcomer says she does believe that more and more workplaces will transition to a remote style in the coming months and years, this certainly does mean that every single person will therefore choose to the leave the big city and all that it has to offer.

"The hustle and bustle of the city, the convenience of picking up fresh bread down the street, and walking your children to school has its draws," she said.

"What is more interesting is whether we will continue to favour detached homes with backyards post-pandemic or if buyers will be drawn back to the convenience of condominiums."

For right now, Stewart said the main things homebuyers seem to be looking for when purchasing a property are outdoor space, lots of light exposure, a den or office,  and large kitchen areas "to make sourdough bread."

But while these things may be easier to find in a smaller city like Guelph, Falcomer says the exodus trend isn't quite widespread enough to actually have a concrete effect on Toronto's hot housing market — because buyers than can afford it will likely choose to stay.

"This trend of moving outside of urban centres, while interesting, will not materially dent the Toronto market. Just flip through the sales stats. What draws people to Toronto extends beyond simply the office; it's the culture of the city, the convenience and, frankly, the fact that we are internationally known to be an appealing place to invest and to live," said Falcomer.

"The bigger threat to the Toronto market is turning the tap off on immigration and any further COVID-19 waves which spur lockdowns, job loss and fear," she continued.

"This is a bigger threat because, as NYC is currently experiencing, an unconscionable number of businesses rely upon people being in the city. These businesses pay taxes, which supports our infrastructure. If we abandon our city now, this could cause the crumbling of the services we need, such as the TTC, and spur a true exodus — and for good reason."