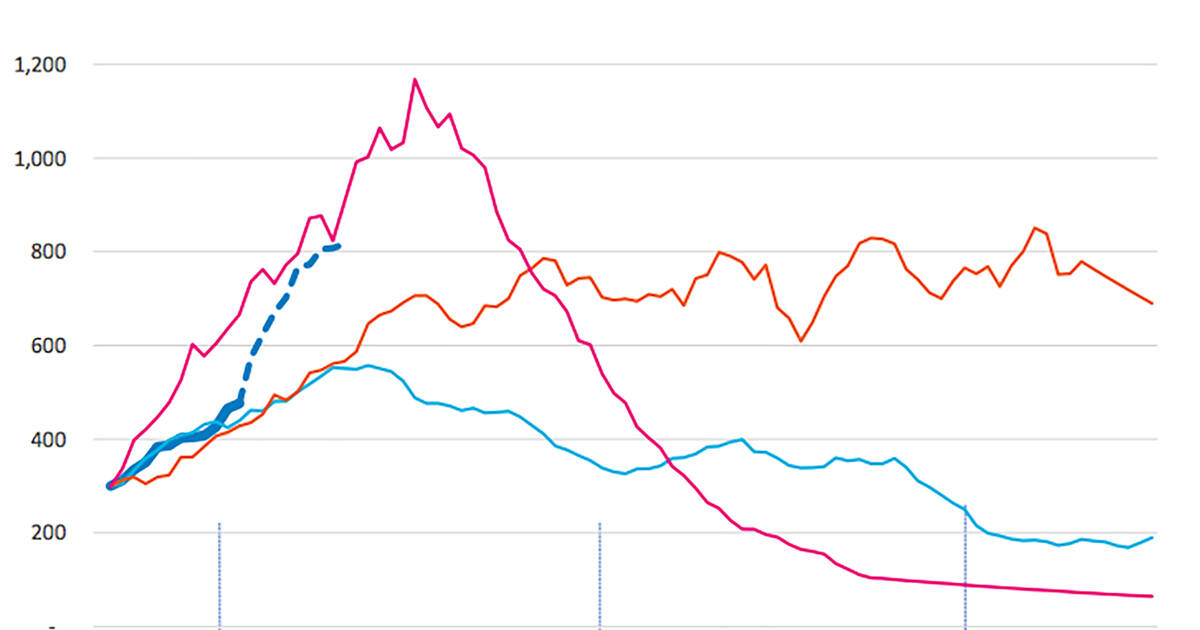 Ontario's second wave of COVID-19 will be fierce, deadly, and potentially last even longer than the first, according to new modelling data released by the province.

"We are starting to see a sharp upward curve," said Dr. Adalsteinn Brown, Dean of the Dalla Lana School of Public Health at the University of Toronto, when presenting the data Wednesday morning.

"If things grow as we're anticipating, we will see a dramatic increase in the number of cases, with cases now doubling every 10 to 12 days and likely over 1,000 cases within the first half of October per day." 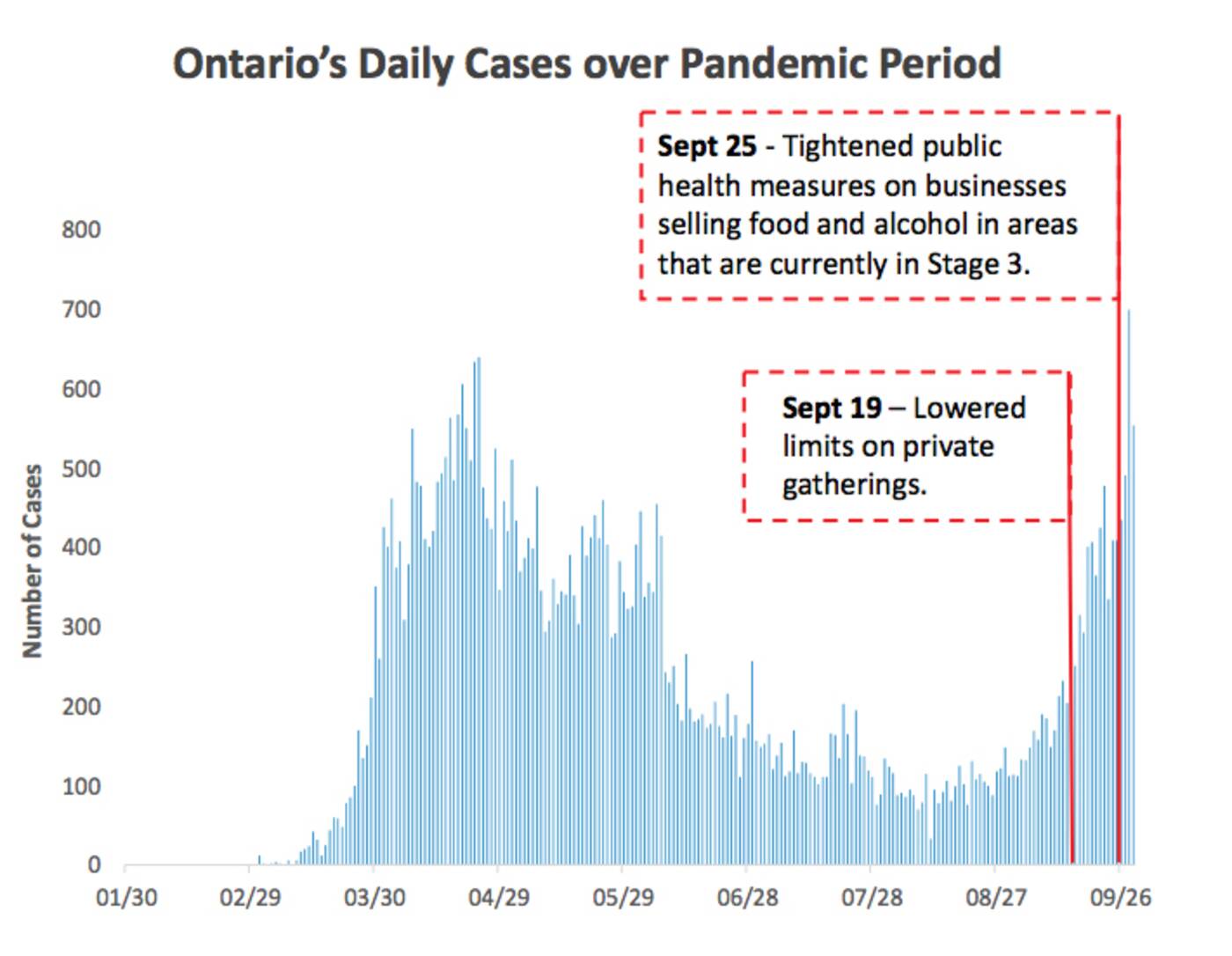 Here are a few key highlights from today's modelling update, per the provincial government:

Brown, who spoke alongside Dr. David Williams, Ontario's Chief Medical Officer of Health, and Matthew Anderson, President and CEO of Ontario Health, cautioned that even if measures changed right now, it would take time to see the impact on case growth.

"Anything we do now will start to have an effect days later," he said, noting that we "may have to take more stringent measures." 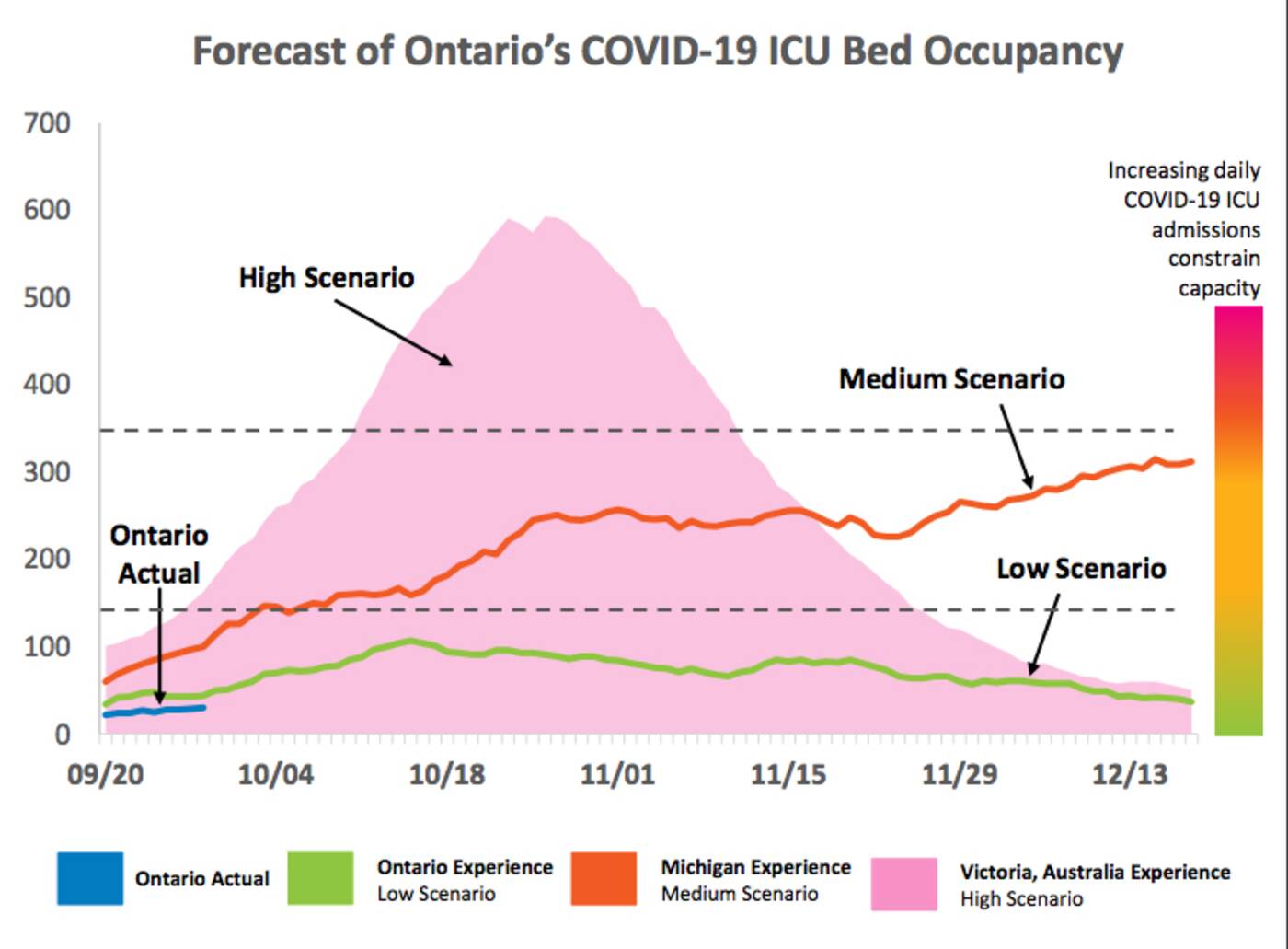 Williams, however, stressed that putting further Stage 2 restrictions back into place is not something the province will take lightly.

"We may have to do even more further, stringent actions take them closer back to a Stage 2," he said of hot spot regions like Toronto and Peel, where new cases of the coronavirus are rising rapidly.

"At the same time we're cognizant of closing down too many businesses without data to support that, as a draconian measure," he said.

Whether or not new orders are put into place, public health experts all seem to agree that something needs to change. 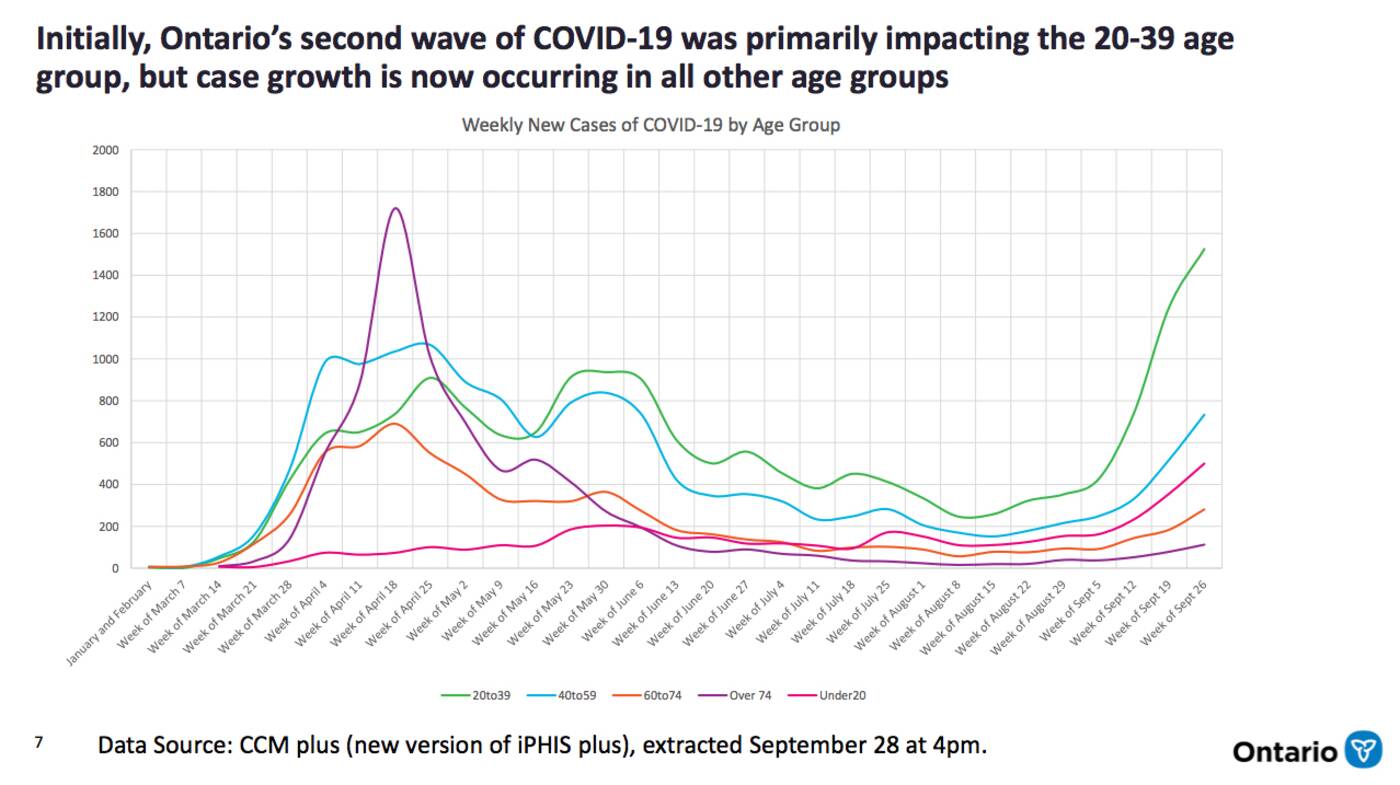 "We see a large amount of infection among younger people right now," said Brown. "This is likely starting to spill over into older age groups, which is where we see the most tragic and most challenging consequences for health and for the healthcare system."

Williams stressed the importance of continuing to follow public health recommendations, linking the uptick in cases to people growing complacent — something he and other leaders have done multiple times in recent days.

"People have to take these recommendations seriously... we can make them, but if you close down institutions, people just go around it," said Ontario's top doctor.

"Everybody has to do their part," he continued. "And not do workarounds and just say 'well, whatever' — we don't need that whatever attitude, we need to know what else can we do, not 'whatever.'"