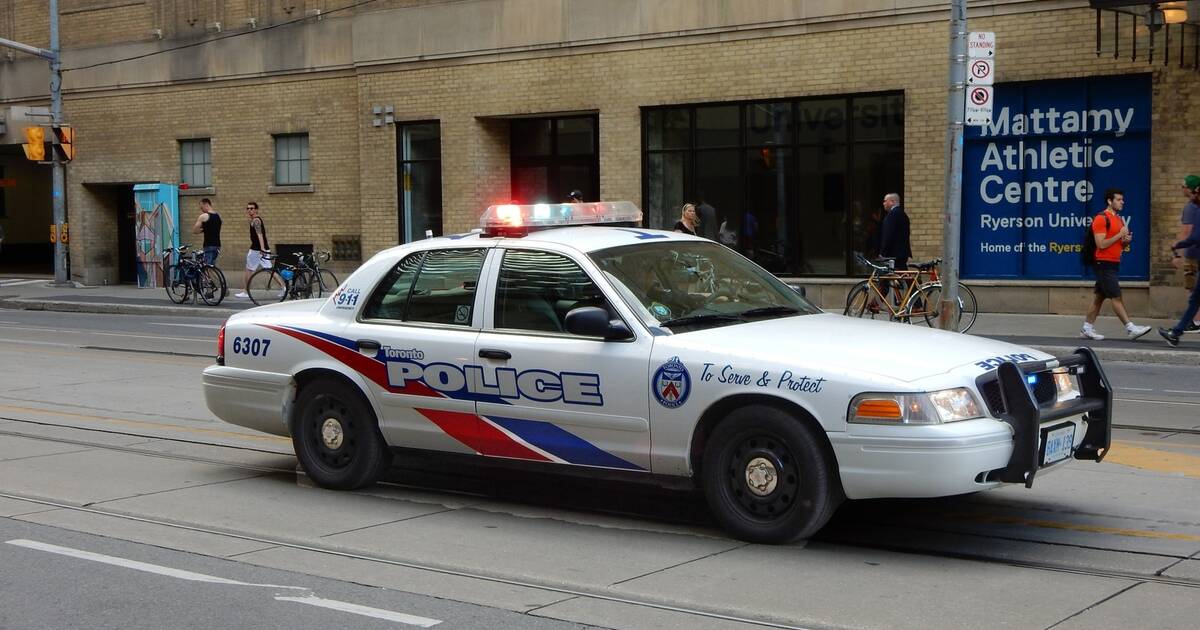 One person is dead following a violent Thursday night in Toronto, with at least five shootings reported in the span of just a few hours and almost all within one area.

Toronto police first responded to sounds of gunshots at around 6:25 p.m. outside a plaza near Driftwood Avenue and Jane Street, and officers located several shell casings in the plaza and on the roadway.

Then, at around 7:35 p.m., officers responded to many shots heard and reports of a man shot near Lawrence Avenue East and Galloway Road Police then found a victim with gunshot wounds and said the injuries were life-threatening.

So much gun violence in #Toronto and #Brampton lately

Later, at 8:33 p.m., police received reports of many shots heard and a man shot near Gosford Boulevard and Shoreham Drive. When they arrived on the scene, they located two victims, one of whom was in serious condition.

Medics arrived shortly after to try and save the person's life before transporting them both to the hospital, but one of the victims succumbed to his injuries and was pronounced dead on the scene.

Less than an hour later, police responded to reports of shots fired near a home and bullets fired through a window at Futura Drive and Driftwood Avenue. Officers then located one victim who had been struck by gunfire.

And if all that wasn't enough, Toronto police later responded to sounds of gunshots fired, possibly from a moving vehicle, near Grandravine Drive and St. Regis Crescent at 5:11 a.m. this morning.

Officers arrived on the scene and found casings but no injuries were reported.

Literally everyday theres a shooting in Toronto..😕tf is wrong with you people

Following Thursday evening's disturbing events, Toronto residents are taking to social media to express concerns over the increasing rates of gun violence in the city — many saying they don't feel nearly as safe in their own neighbourhoods as they once did.

This violence has to stop. I feel my beloved Toronto is slipping away.https://t.co/syPEtnxYiO

According to Toronto police data, there have been 363 shootings in Toronto so far this year as of Sunday, Sept. 20. Now, with Thursday's five additional shootings, that number stands at 368 — an increase of 37 shootings from the 331 incidents reported at this time last year.

Tragically, a total of 177 people have been injured or killed by gun violence in Toronto since the start of 2020.

Mayor John Tory also posted a statement on Twitter Friday morning condemning the violence reported overnight, and he also highlighted what Toronto police are doing to try and curb the issue and what more needs to be done.

Honourable John Tory: the problem isn’t just in Toronto, it’s all over GTA. And it hurts me to say that I’ve heard about more shooting this year than any other years.

"The gun violence we saw overnight in our city was completely unacceptable. I've talked to Chief Ramer. The @TorontoPolice is doing valuable work investigating gang connections which are a factor in these violence incidents," Tory wrote.

"I note some recent successes they have had making arrests and seizing firearms in connection with incidents of gun violence. I support their continuing efforts in this regard as it is completely unacceptable to have innocent people terrified in their own neighbourhoods," he continued.

"We will also continue to invest in kids and families to address the roots of violence. I urge the federal and provincial governments to join in those investments, to toughen gun and bail laws and crack down on cross border gun trafficking."