Jamie Kennedy to be executive chef at Duggan's Brewery 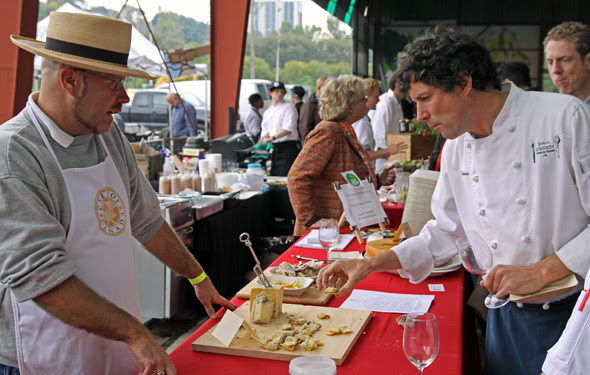 In an exciting turn of events for fans of craft beer and dining out, brewer Michael Duggan has announced that the executive chef for his soon-to-open Parkdale Brewpub will be none other than Governor General's Award-Winner, Jamie Kennedy.

The story first broke earlier today on Canadian Beer News, where that site's publisher, Greg Clow, revealed that the owner and operator of Gilead Café and Jamie Kennedy Kitchens will oversee menu development and staffing of the kitchen and that the menu will incorporate Kennedy's typical approach to "fresh and local" fare which, when paired with fresh and local craft beer, seems like an almost surefire win for fans of great brews and good food alike.

More details are set to be revealed shortly, but for Parkdale residents (Parkdalians?) who've long been teased about the notion of having their own local brewery, it seems the fiction is finally becoming a reality--and given the alignment of experienced local brewmaster, Duggan, and famed Toronto restaurauteur, Kennedy, it seems like it may truly have been worth the wait.

Ben Johnson also writes about beer over on Ben's Beer Blog. You really should vote for him as your favourite beer writer in The Golden Tap Awards.

by Ben Johnson via blogTO
Posted by Arun Augustin at 7:07 PM