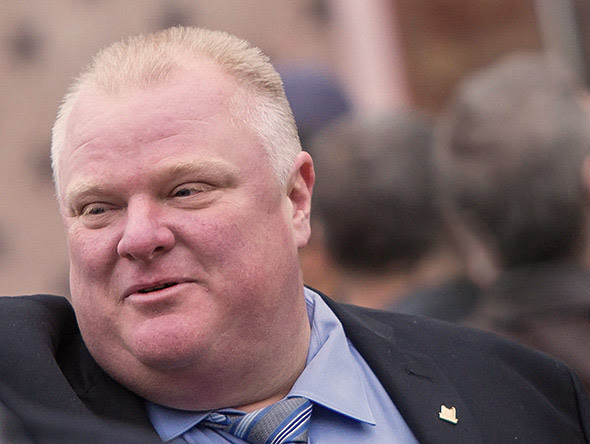 Rob Ford, the world's most notorious mayor, remains a stubborn presence in the Toronto election, according to the latest poll results. While Forum Research's claim that "Ford Is Back" might be a little much -- the incumbent has climbed exactly one percentage point since the last poll -- he nevertheless continues to be competitive coming into the final months of the campaign.

The latest numbers are as follows: John Tory leads with 36 per cent, Ford clocks in at 31 per cent, and Olivia Chow trails with 26 per cent of the prospective vote. The withdrawal of Karen Stintz doesn't appear to have radically altered these numbers, with no more than a two per cent change for any candidate compared to the last poll.

Still, there might be trends worthy of note. Ford isn't on the rise so much as stubbornly hanging around, while Olivia Chow appears to be struggling in you trust Forum. Tory is still comfortably in the lead, but his approval rating has slipped from 67 per cent to 63 per cent. Does any of this matter. Probably not. But, make no mistake, Rob Ford is a contender.

by Derek Flack via blogTO
Posted by Arun Augustin at 7:28 AM