The top 10 events in Toronto for September 2014 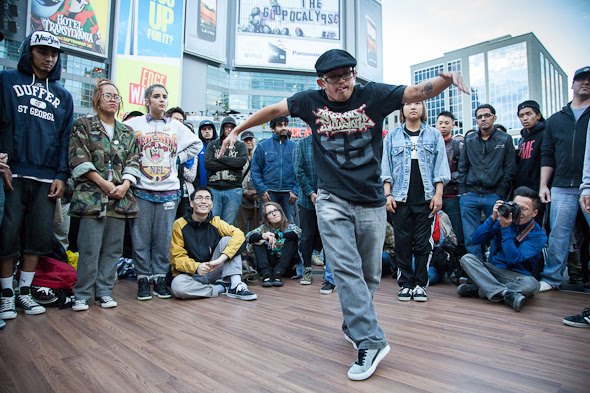 The top events in Toronto this September won't allow us much time to mourn the passing (or almost-passing, we hope) of summer. Lit fans will browse books at Word on the Street, runners will honour Terry Fox, foodies will gorge at AwesTRUCK and Dîner en Blanc, and Taste of the Kingsway and Roncy's Polish Fest will bring neighbours together, but then there's TIFF and Mike Tyson, standing over us with fist raised and saying "this is an event."

Here are our picks for can't-miss events in Toronto this September.

"I'm trying to show what it's like to be human and to be alive" Roy Andersson told The Guardian this week. The Toronto International Film Festival's 38th year will be the second festival to show Andersson's A Pigeon Sat on a Branch Reflecting on Existence , nearly a decade in the making. He claims this will not be his last film, and we expect this will not be our last TIFF whirlwind, but who can say? Life quivers before an uncertain future - even these lives. Our advice for this mortal plane: best-of-fest, hype, CanCon, docs, staff-picks, foreign.

How does a band come to define one's sense of self - is it because we form our identities during the moments of greatest turmoil - moments when we also relied on the emotional support of Robert Smith and Ben Gibbard? Pop music is perhaps our generation's most beloved crutch and illusionary cloak, yet it also acts as an adhesive between us wandering and lonesome generation-whatevers, a rare glue in a craft cabinet containing rows upon rows of decorative ornaments but very little instruments of support. The Cure, Metric, and The National headline.

My good Canadian mother scorned fashion - clothing was a practicality. To cover oneself from the biting elements as cheaply as possible: thrift shops, sale-watching, coupon-cutting, and bushels of hand-me-downs wrapped in black plastic. Please let there be something cute in there. "Do you dress yourself?" two girls ask with a snicker, and I knew the question was cruel. "Yes." Would my mother have taken me to a two-day shopping experience featuring 80 Canadian designers? If I asked her to, of course.

Any new project entails risk. A San Francisco barbecue among friends. A record label. A tour. Suddenly you're a chef on the road with DJs like Claude Von Stroke, Justin Martin, J. Phlip, and Christian Martin, and Canadians unknown to you are complaining that they have to pay $25 to enter a park you've never seen where you plan to cook them free BBQ all day until supplies run out. And supplies will run out, but you believe people will have a good time. A friend from SF will text "how's Canada?" and you'll reply, "Awesome."

What's more real than a live Mike Tyson one-man-show tell-all? The hair standing up on the back of your neck as you walk home on the evening you finally get over the first heartbreak of your teenage life. You weren't even aware you were healing until you realize you made it through the darkness. You can love again. Your heart will go on. Why are you wearing a Slipknot shirt? That moment can't be re-lived, but Mike Tyson's facial tattoo and your capacity for life are still kicking.

You were never into crafts. Yet these labels with their intricate artwork cleverly referencing endless idioms that subtly resonate with your diverse pop/cultural heritage are pleasing - you become something of a light fetishist. You enjoy letting your eyes run over the unique labels and you indulge in a craft cruise or two. Your Tinder bio includes a few descriptors but "beer snob" becomes a defining call. You love the taste but you also love the idea. Your strong hands caress a 50-venue map via smart phone.

My baba never taught me to make pysanky but her hospital bed was shrouded with bright and intricate hand embroidery and she would have taught me had she not been firmly housed in the dusk of her abilities. Dark hours have haunted Kiev throughout the ages and this year, yet in Toronto a vibrant community celebrates rather than despairs. To spend hours detailing one of nature's most delicate creations is to triumph over fear.

It's impossible to bullshit about a comedy festival. When you see a comedy show at JFL42, you can check in via smart phone for a credit to see another show for free. Headliners Seth Meyers, Lena Dunham, Amy Schumer, Wanda Sykes, Joe Rogan, and Nick Offerman sit at the top tier of 42 acts in venues around the city. The festival links this classic pug video from their website.

Sometimes a stacked program (music/art/dance/beer/food/all-the-things) reads as a gimmick. Mad respect for those whose multidisciplinary line-ups denote an obvious and refreshing enthusiasm. Here's the art show deets, and here's our photo roundup from last year. Manifesto's hip hop love-in is one of the year's best Yonge-Dundas Square take-overs.

I propose we end festivals of any kind in the Junction. While some of my compatriots enjoy riffling through the remains of these festivities, the influx of smells is more than mildly disruptive to my delicate senses. Added to that, meandering through even lightly intoxicated revellers means we'll likely never make it to the bus stop at Keele, and I will be unable to perform my marking upkeep. Please inform The Sadies, Kashka, and Teenage Kicks they are not welcome. Sincerely, Mr. Snugglesworth, Junction Community Pug Leader.

Photo of the Manifesto Festival

by Aubrey Jax via blogTO
Posted by Arun Augustin at 11:05 PM