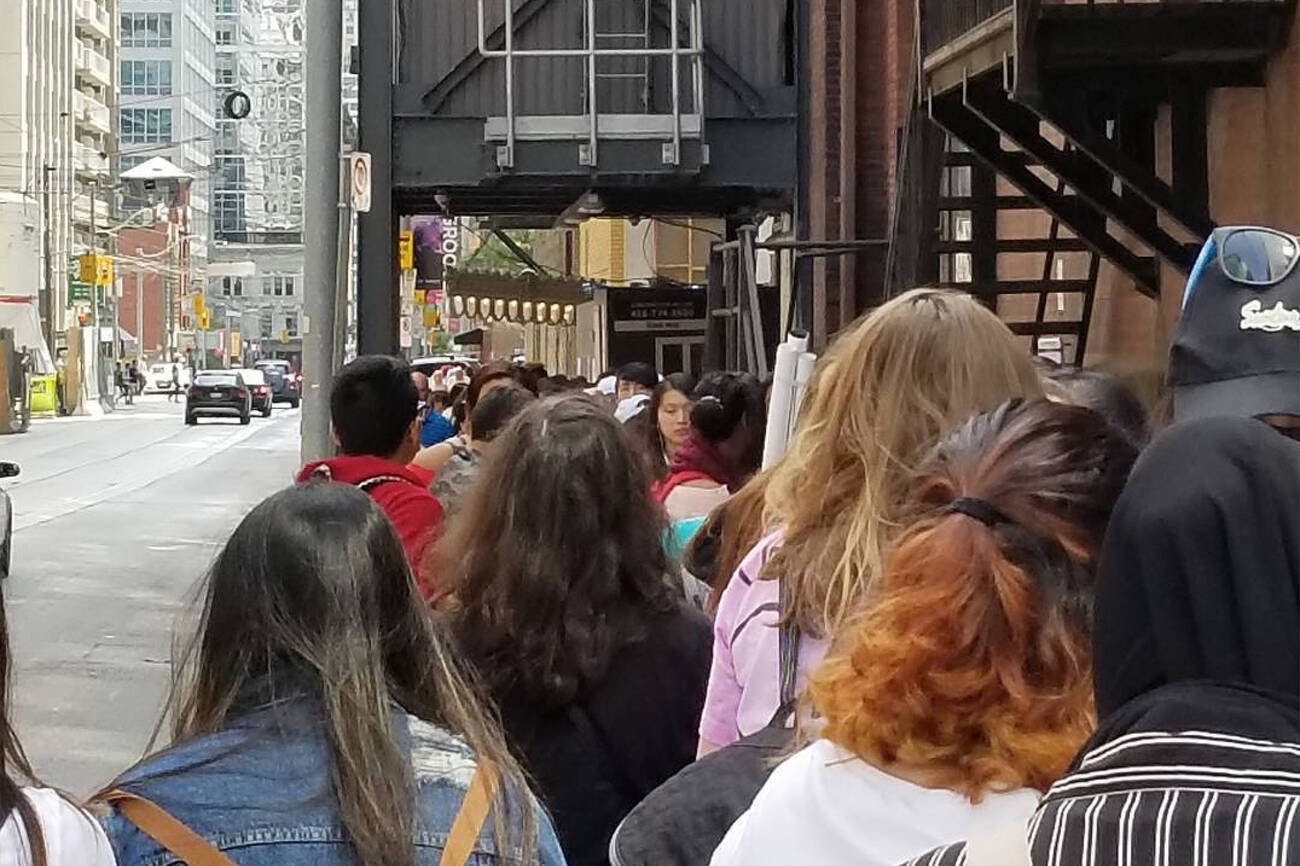 Seventeen, the 17-member boy band from South Korea have landed in Toronto and people are freaking out. Currently there's a lineup snaking around the block outside of Massey Hall, the site of tonight's concert.

They were also greeted by throngs of fans when they arrived at Pearson last night.

The K-pop group has become a world-wide sensation over the past two years as the wave of K-pop music has finally reached North America.

They were recently listed by Billboard as one of the Top 10 Most Popular K-pop Acts on Tumblr, and Rolling Stone included them as one of the best acts featured at KCON in LA this month.

Diamond Edge marks the groups first international tour, featuring a stop in Toronto tonight for a sold out concert at Massey Hall.

to everyone seeing seventeen in toronto today, im so happy for you!! have fun and be safe!! 💖💖

The group is part of the reimagining of the traditional boy band with their androgynous style, and a larger trend in K-pop that is challenging gender roles and male masculinity.

With the arrival of Seventeen, the K-pop invasion has only just begun.

by Lisa Power via blogTO
Posted by Arun Augustin at 12:34 PM