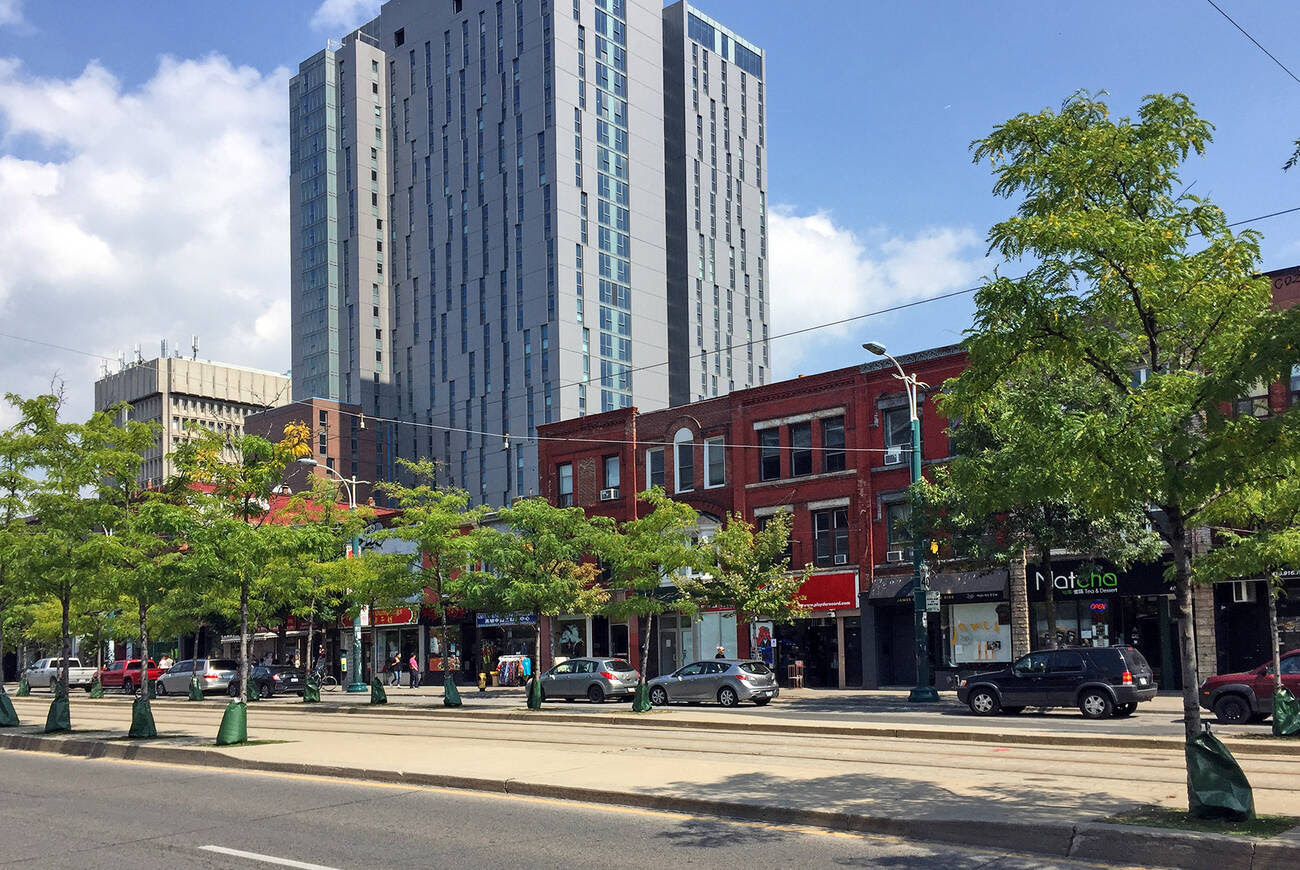 "There's never been a student residence like this," boasts a landing page for the newly-constructed Campus One building at College and Spadina.

Now open for just four days, most of the people who've seen or experienced this 25-storey residence agree. It's certainly one of a kind. But in a good way, or in an ugly way?

There's a bumping thread in the r/toronto subreddit right now about what this Diamond Schmitt Architects-designed, U of T-affiliated residence looks like and whether or not it's hideous. 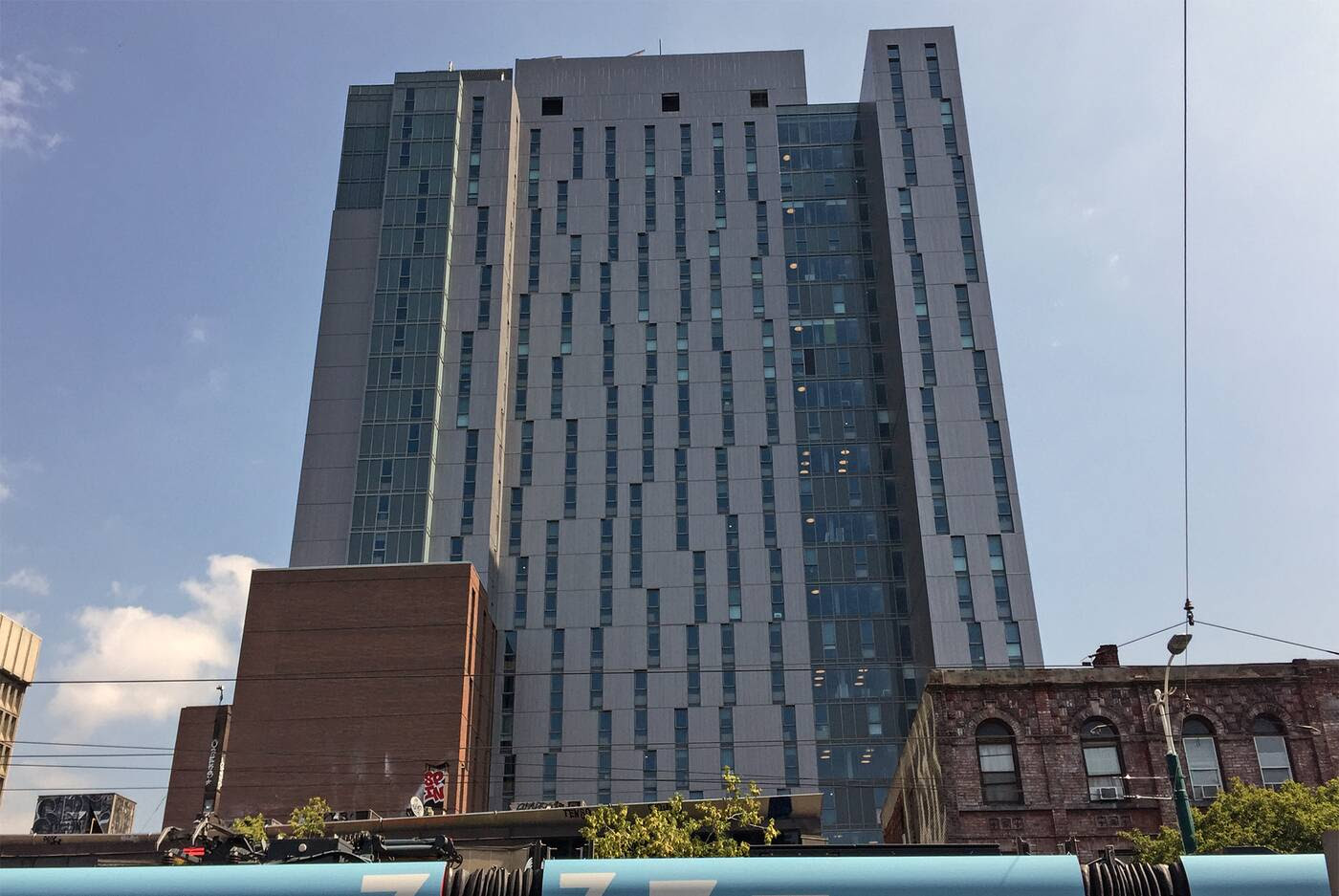 Looking up at Campus One from College and Spadina.

"Who designed this eyesore?" wrote the original poster mitchgib with a photo of the building's exterior. The most upvoted comment in the thread answers this question with "The Borg, clearly."

Others say it looks like a prison, garbage, a wobbly Jenga tower, a game of Tetris gone bad, and an "evil lair megatower in the middle of some random village."

The interior does look pretty swanky, based on what we know of its amenities and floor designs, but, as predicted in 2011 when the building was proposed, some people are questioning the appropriateness of such a tall building in a predominantly low-rise area.

"This is assertively, even aggressively ugly," writes one commenter on Reddit, to which another replies, "it looks like Menkes just paid an intern to design it."

The building's one redeeming quality seems to be that it doesn't look like every other new condo building in the GTA, though that's dubious praise to be sure.

by Lauren O'Neil via blogTO
Posted by Arun Augustin at 12:21 PM