10 ways to escape the city without leaving Toronto 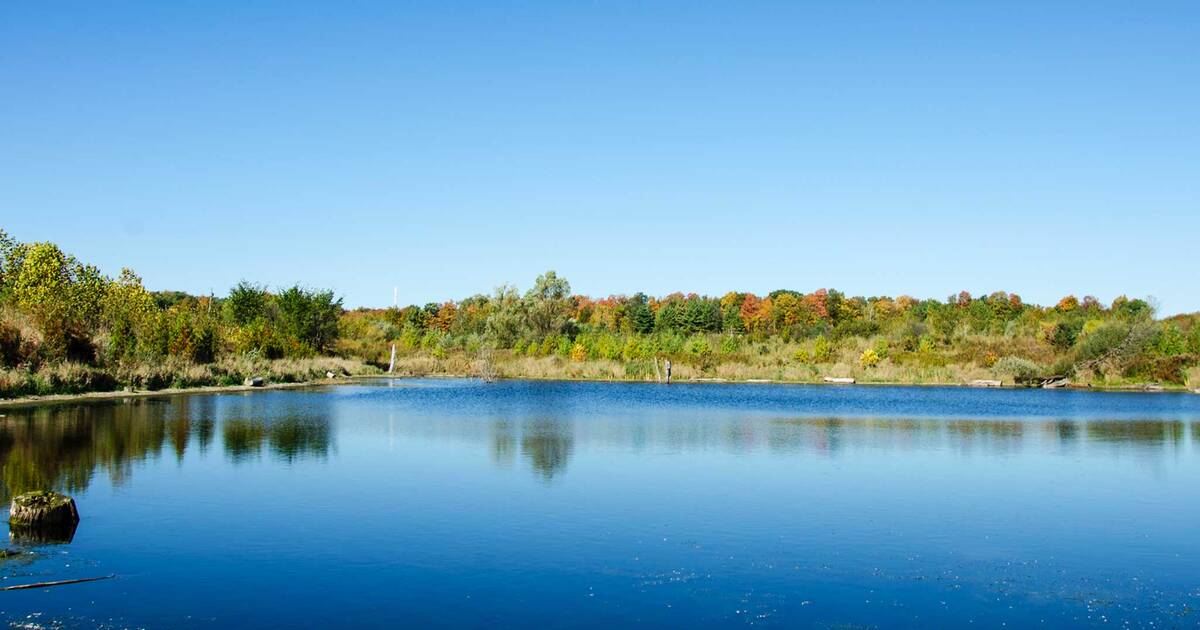 Ways to escape the city without leaving Toronto are much-needed reprieves from urban life — all just a subway, streetcar or bike ride away. Leave the confines of the concrete jungle and escape to some lush green spaces and waterfront views.

Here are my picks for the top ways to escape the city without leaving it.

If you're looking for more than just a walk in the park, this area in Leaside provides a lush hiking path that'll be sure to work out your quads. Escape to this Don River-side path for possible sightings of a white-tailed deer. It's surprisingly beautiful in the wintertime too.

Easily the most beautiful conservatory in the city, you can spend a whole day wandering around this glass-domed historical building at Sherbourne and Gerrard. It's flowers and greenery galore all year round here. Post up on one of their interior benches and soak in the sights.

Think about any naturesque fiction locale you've ever read about — like the Shire — and you'll feel you've entered it at the otherworldly Glen Stewart Ravine that runs along Glen Manor Drive between Kingston Road and Queen. Rolling green spaces line both sides of an elevated boardwalk that runs along a babbling creek.

Jutting out into lake, the Bluffs escarpment in Scarborough consists of nine parks and a beach: there's nothing like sunbathing surrounded by a wall of 25-storey-high rock. Walk the back paths for extra adventure: they'll lead you through reed brushes filled with red-winged blackbirds

Delve into a world of sprawling green lawns, swirling hedges and curated botany at this 34.4-acre land at Leslie and Lawrence. You'll be guaranteed to cross a few picturesque bridges and befriend a couple of chipmunks while you're here.

You'll get an incredible view of Lake Ontario at this park just off of Guildwood Beach. Get your heart racing at the cliff's edge or take a more relaxing walk around the old columns and amphitheatres that dot this park-turned-art hub.

The Toronto Islands most eastern section — Ward's — is the place where the grownups go (clothed, anyway). A mix of super soft sand and rocky earth make this beach an intimate getaway, with a private feel.

Hints of urbanism can still be found throughout this park by Yonge and St. Clair that's full of steep slopes, and the occasional shopping cart. If you're feeling poetic, you can also refer to it as the Vale of Avoca, the name of the ravine it runs through.

Despite the fact that its shoreline is made of bricks and concrete, this fascinating man-made peninsula, also known as Tommy Thompson Park, makes for an incredible nature getaway. Truly a park where nature and the city collide: you'll find it at the southernmost tip of Leslie Street.

This national urban park is Toronto's only campground. Slowly expanding, this park will soon be the largest urban protected area in North America. The area by the Toronto Zoo is the most popular for Toronto visitors heading to this massive nature getaway.