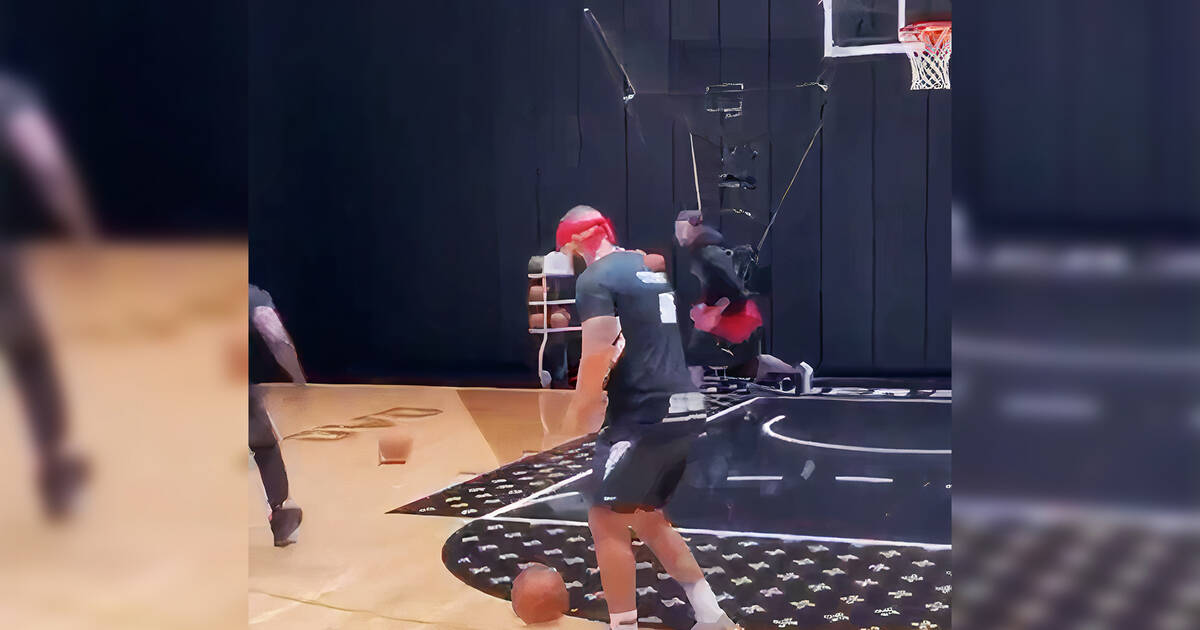 We all know how Drake has been spending the pandemic: jamming to some classics, filming music videos, watching re-runs of Raptors games and shooting some hoops himself at his opulent Toronto mansion.

And for the latter activity, it seems the rapper felt he needed a bit more competition than his usual Toronto crew and his OVO branded shooting machine this week, because he decided to invite Golden State Warriors all-star and out-of-town pal Stephen Curry to have some fun on his $100 million Bridle Path home's private indoor basketball court.

Steph Curry pulled up to Drake’s OVO court for a shoot around ⛹🏽‍♂️ pic.twitter.com/d29I3g7vhj

The duo was seen messing around and having a shootout alongside some friends at The Sanctuary, with Curry seeming to enjoy the offseason hangs.

Though Drake missed some shots in the first part of the footage posted to social media, he and Steph are later shown neck-and-neck, with the whole group cheering and laughing in the background as the two show off their skills.

Some fans even joked about the Warriors perhaps looking to acquire "free agent Drake" after his performance.

Regardless of who won, the get-together definitely looked like an all-around damn fun time for a grey, rainy day in the city.

Drizzy's court is, of course, no stranger to impromptu celeb parties and practices: Justin Bieber and Quavo were caught having a heated pickup game with him there a few months ago.