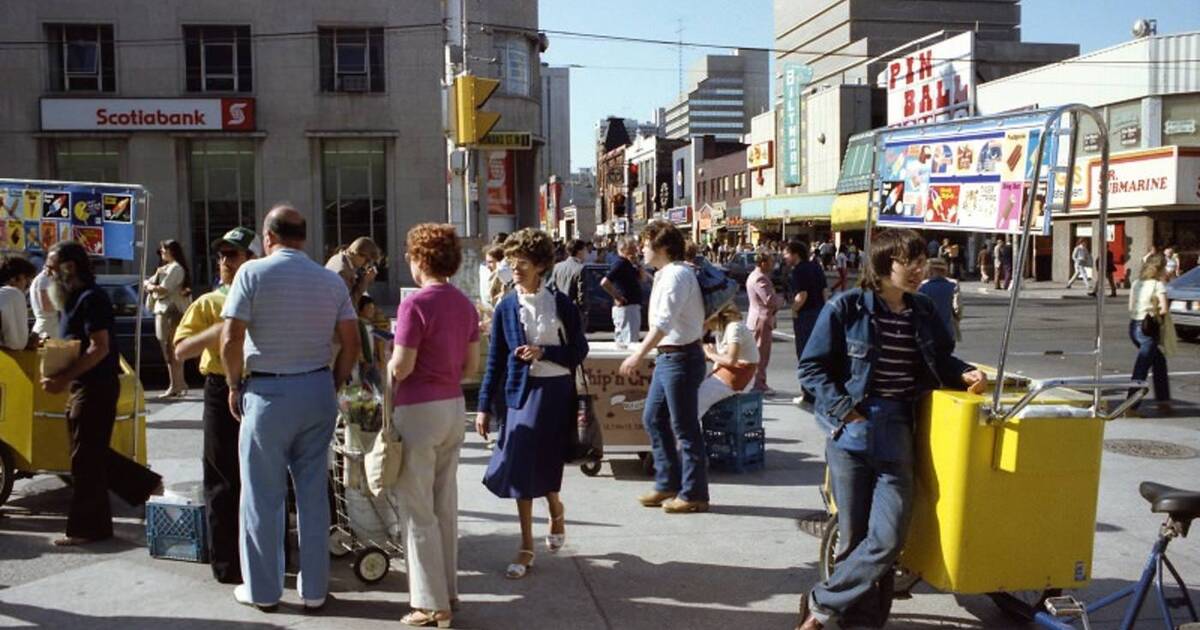 Toronto streets cleaned up a lot in the 1980s. At the outset of the decade, the seediness and soot that defined the 1960s and '70s was still readily apparent, but by its end the city seemed a whole lot more modern, thanks in no small part to the shiny new baseball stadium that appeared under the CN Tower.

In terms of visual icons, the 1980s marked the end of the line for the original red Gloucester subway cars (retired 1990) and the rise of the ALRV streetcars.

The majority of cars were still as big as boats, but diminutive models like the Chevy Citation and Toyota Tercel started to gain in popularity.

One thing you'll notice about photos of Toronto during this period is that there are still large areas of industrial buildings and surface parking lots in areas that have now become densely populated areas.

It's almost shocking to see King Street West bereft of traffic until you realize that Liberty Village had yet to be developed and Massey Ferguson's factories still lined the street on either side of Shaw.

When you add thousands upon thousands of people to these areas, it's not just the shape of the city that changes, but also the way it functions.

The Toronto of the 1980s was an orderly place. Despite an early recession, it was a town where people were confident that they could buy a home. This was "the city that works" — a slogan that had a lot of truth to it.

It's as though Toronto had found a sweetspot in the 1980s. While it was a big city, it didn't face many of the growing pains we deal with today. The optimism and contentedness of the decade peeks through these photos.

This is what Toronto streets looked like in the 1980s. 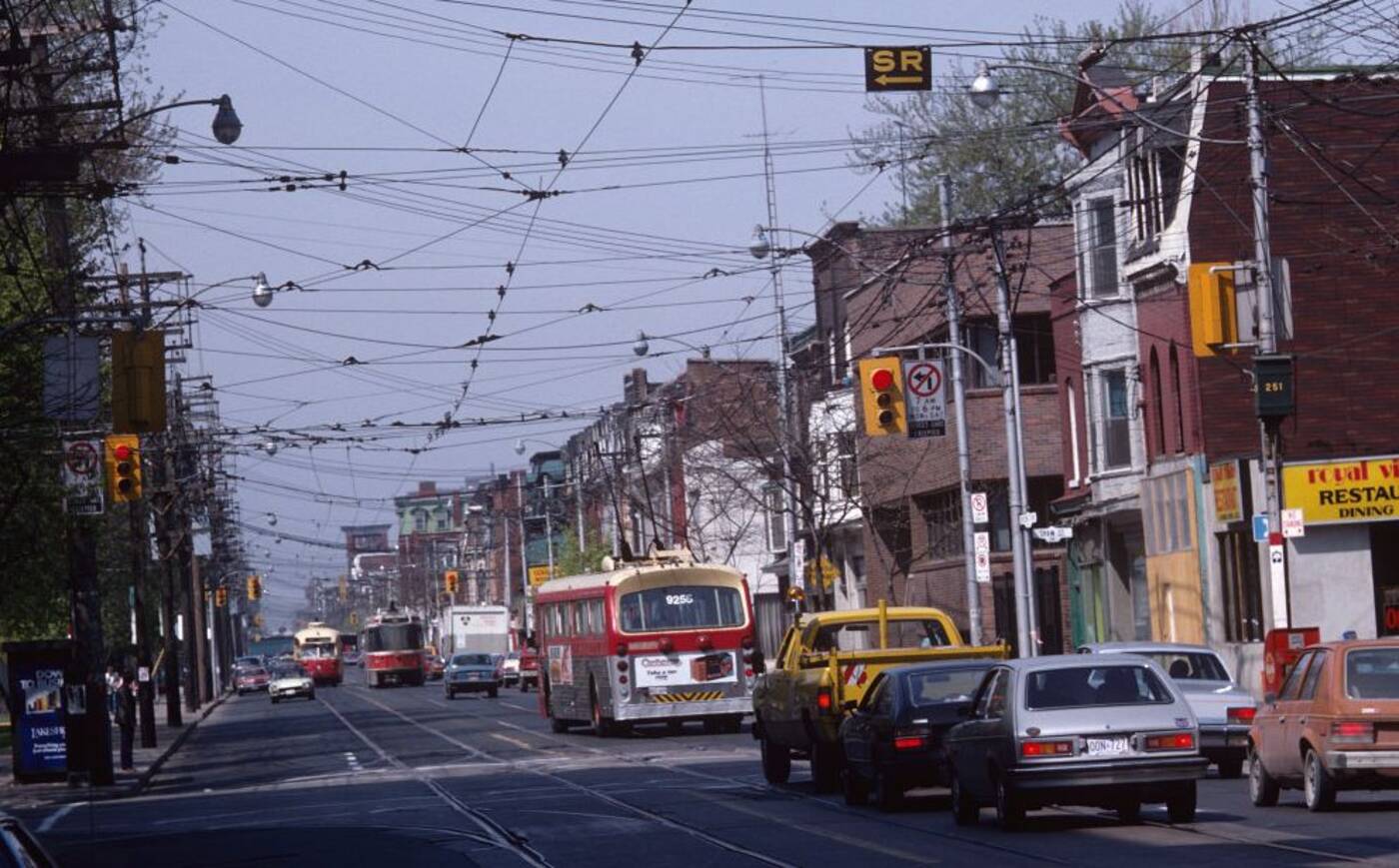 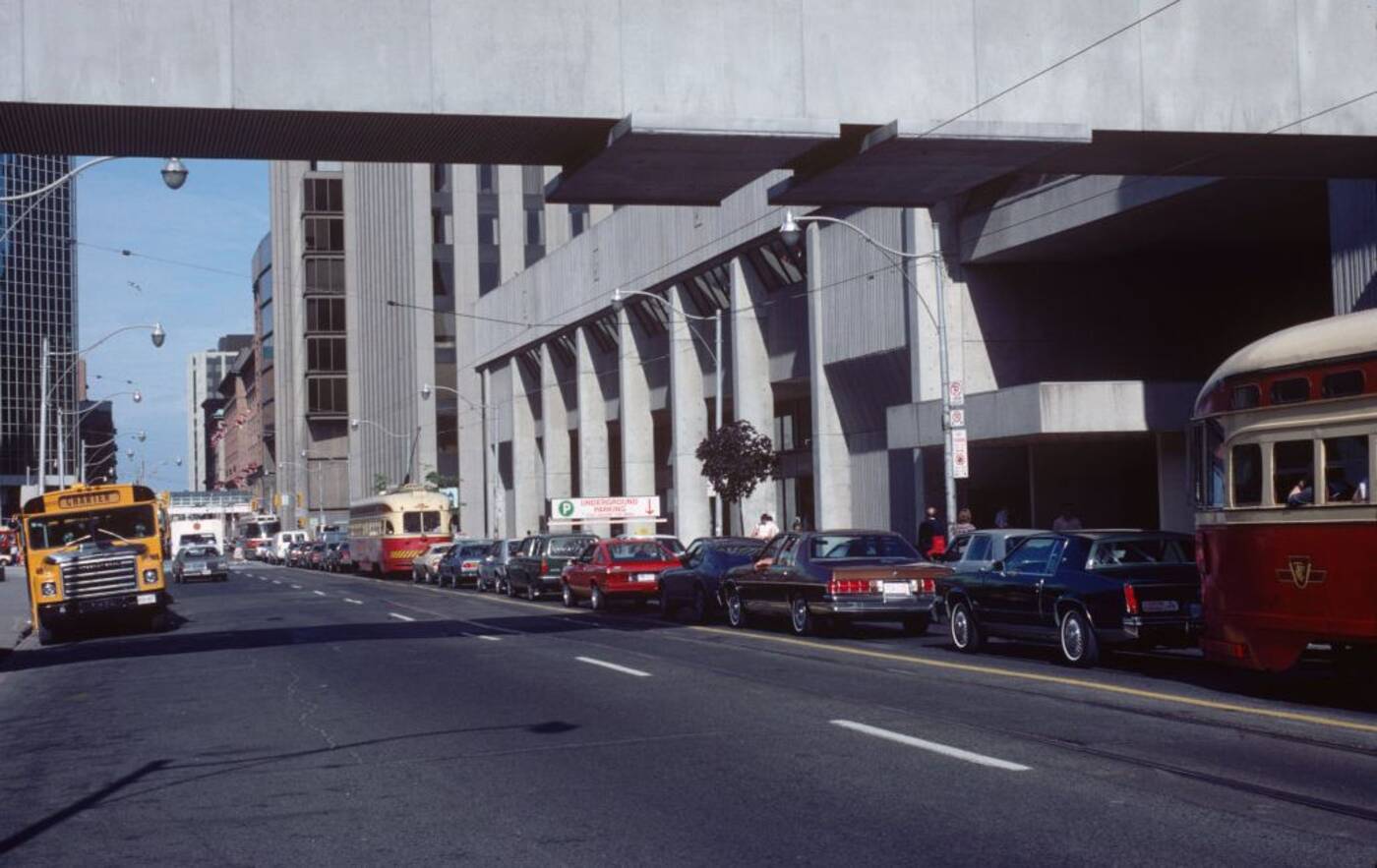 Looking toward Queen and Bay streets. 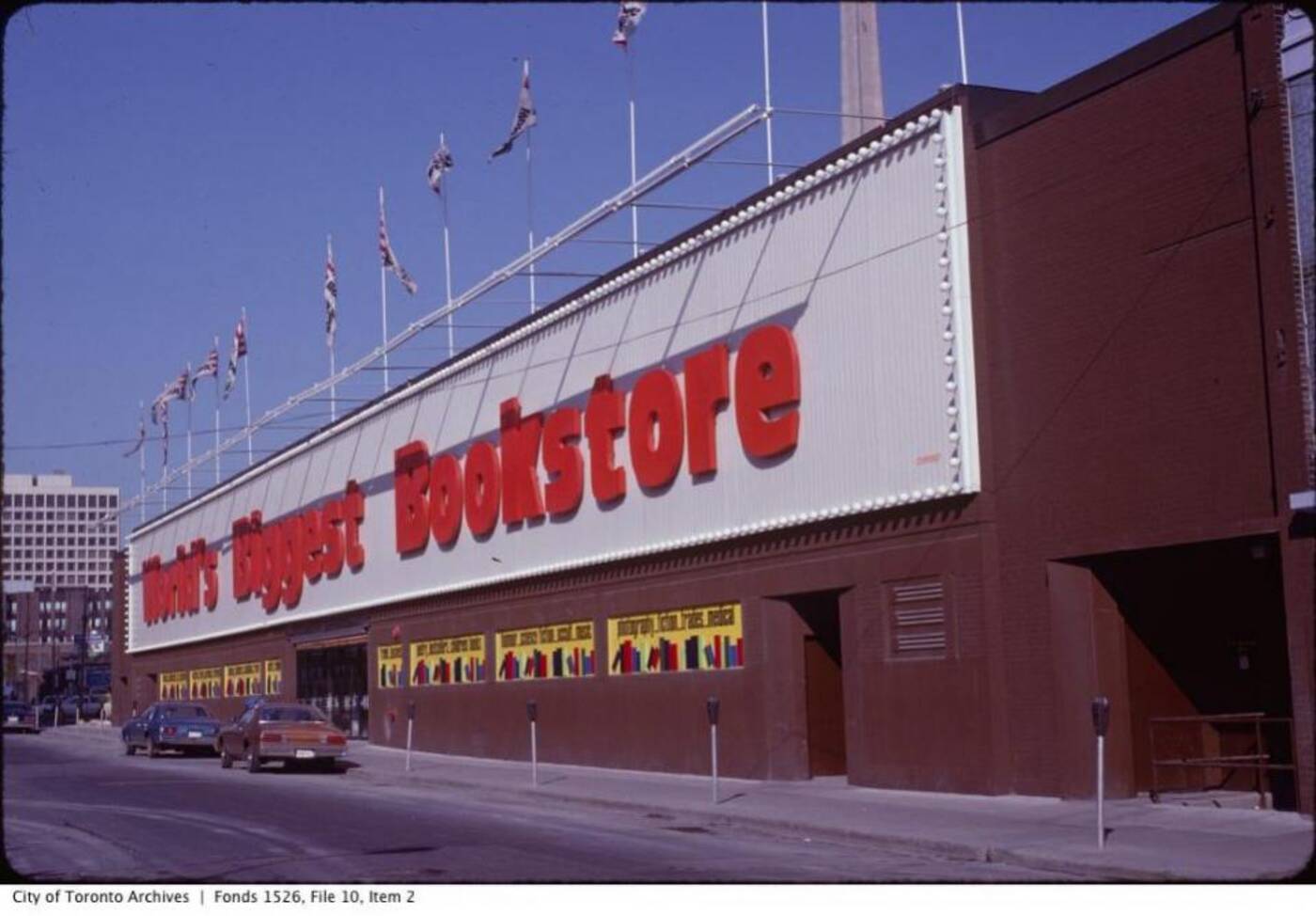 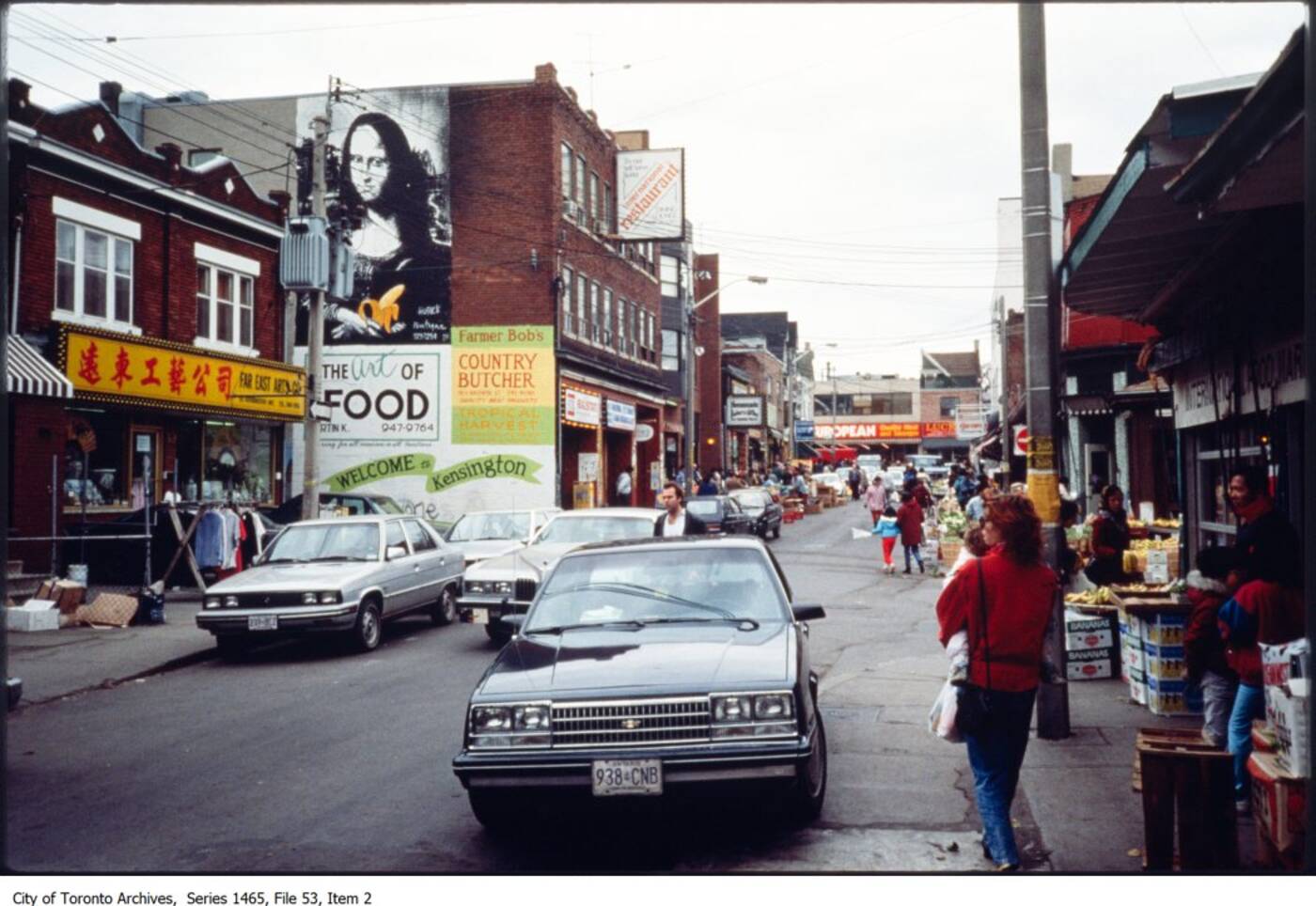 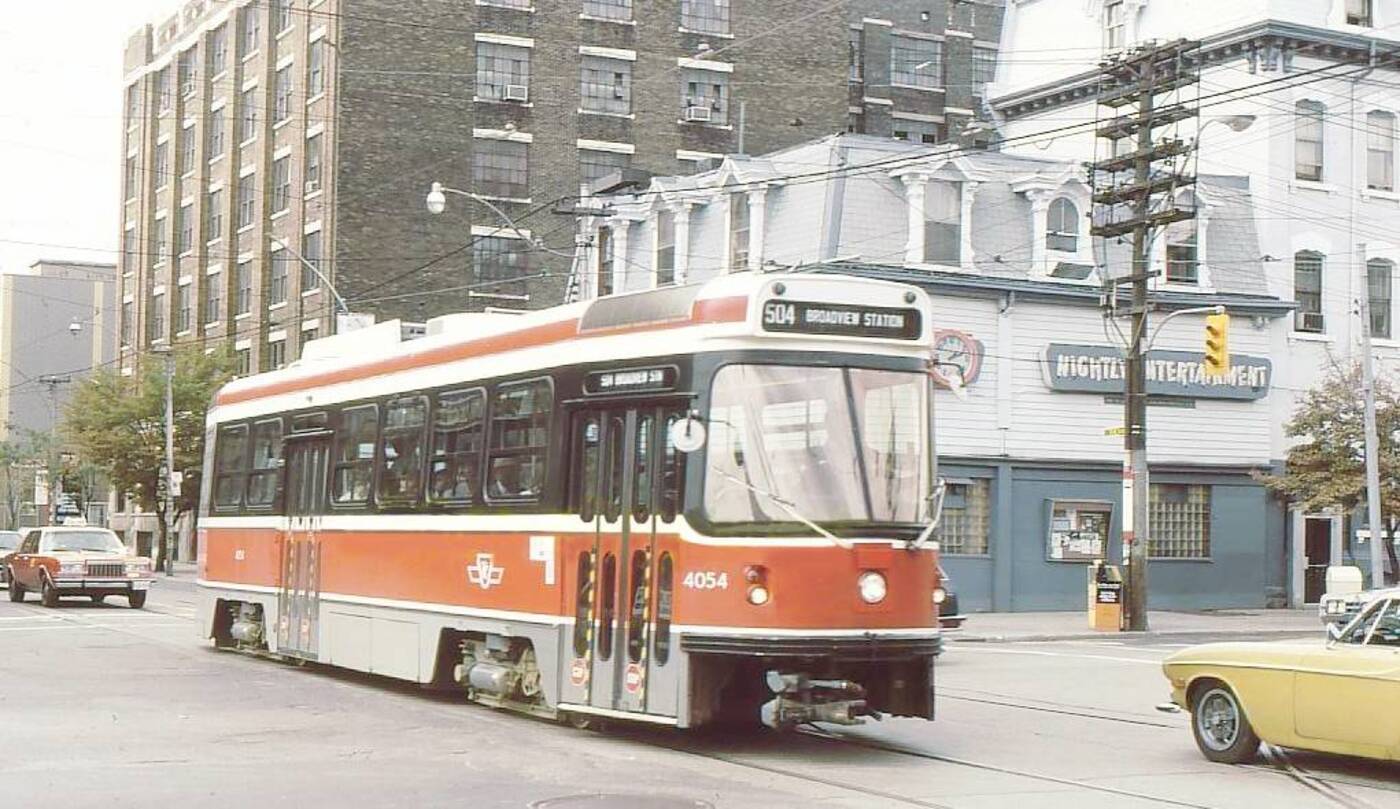 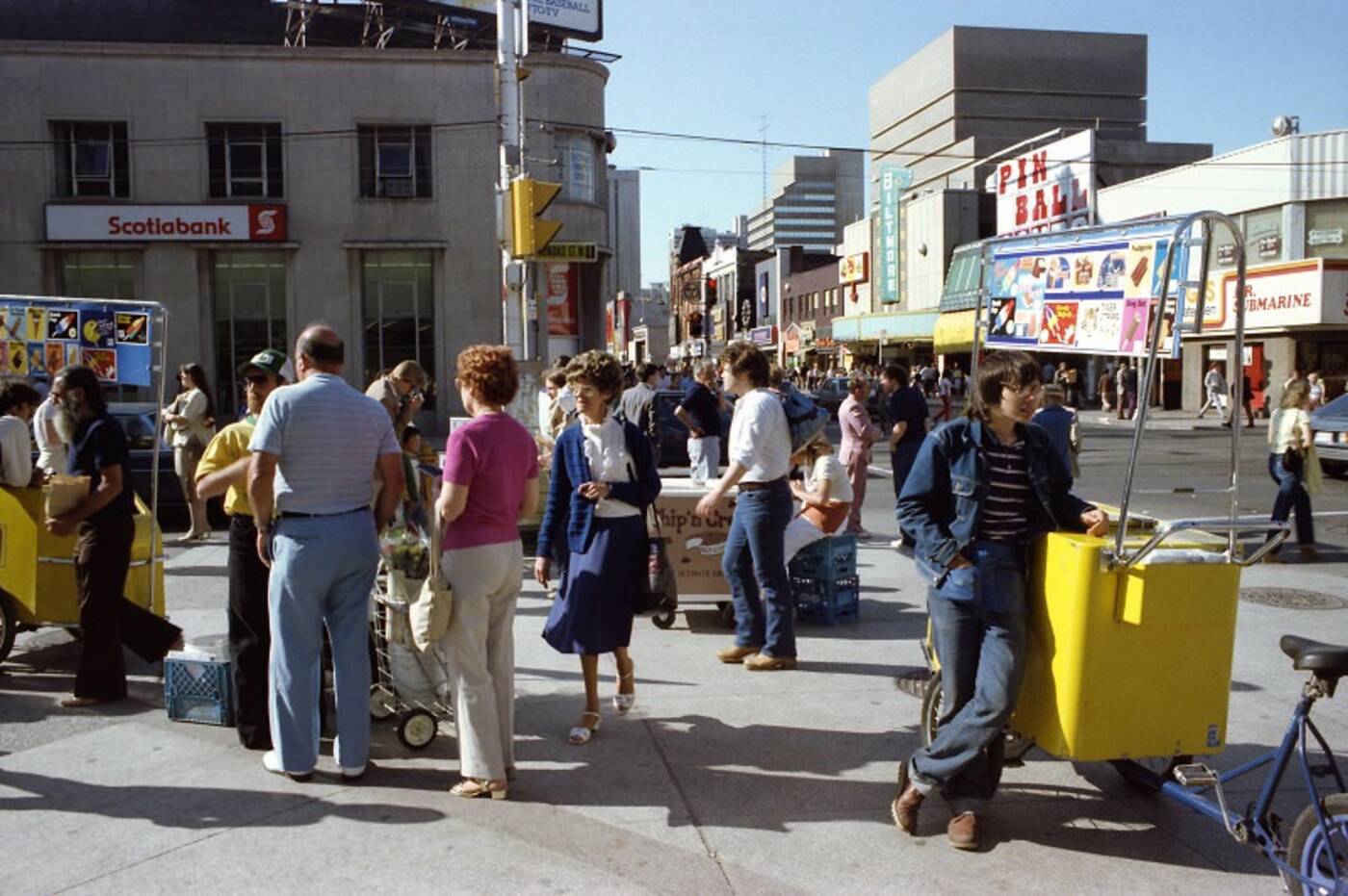 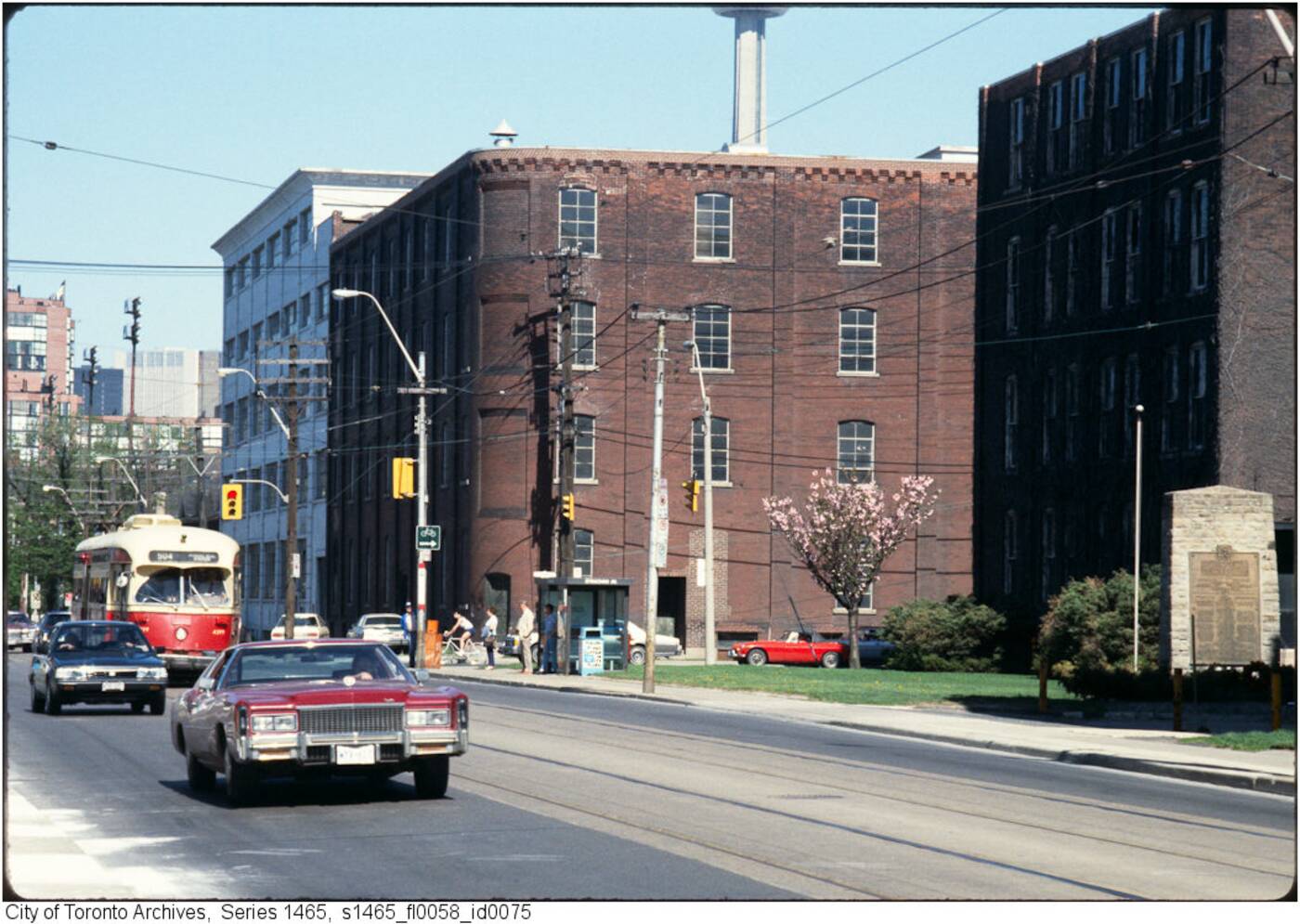 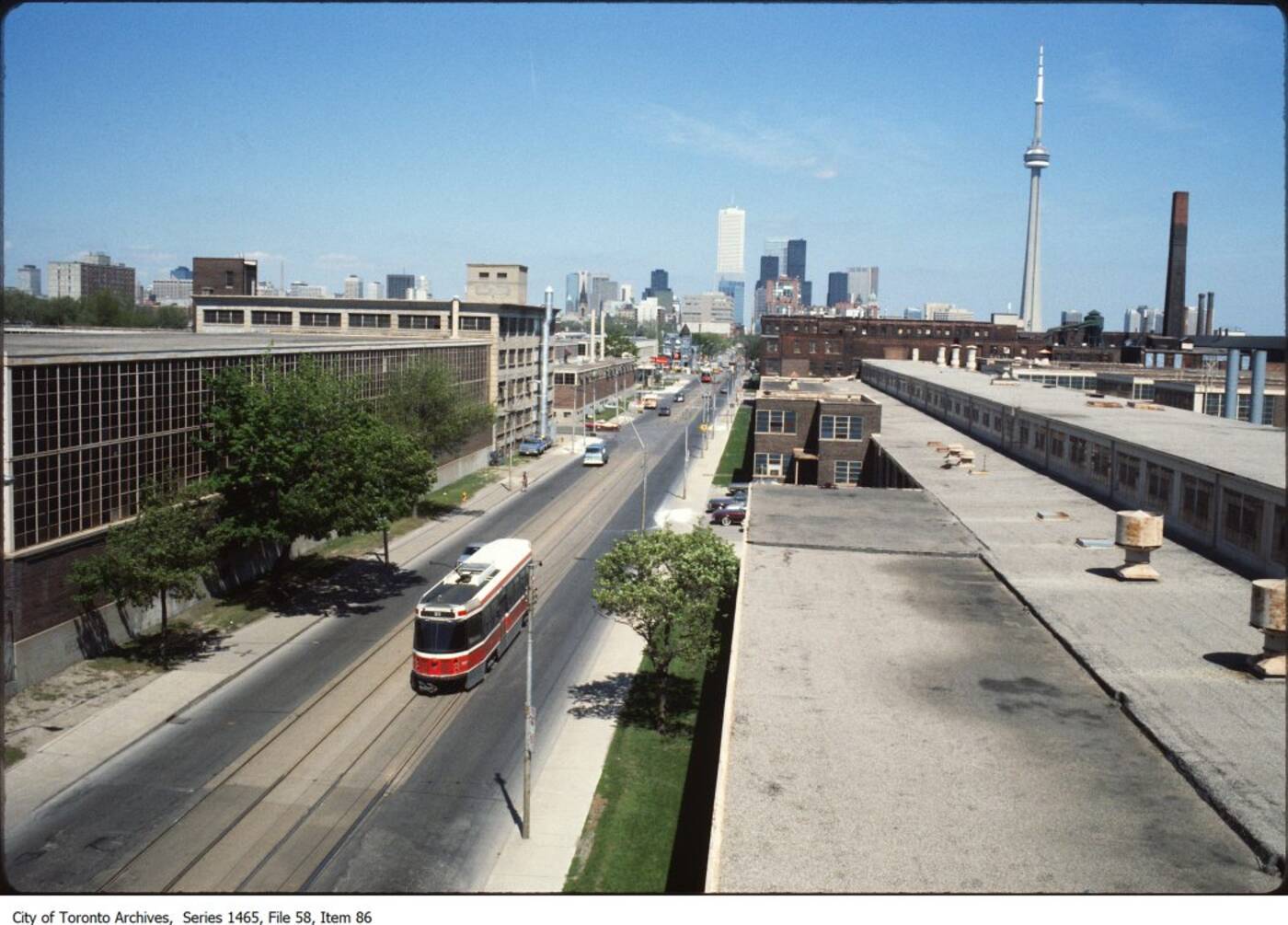 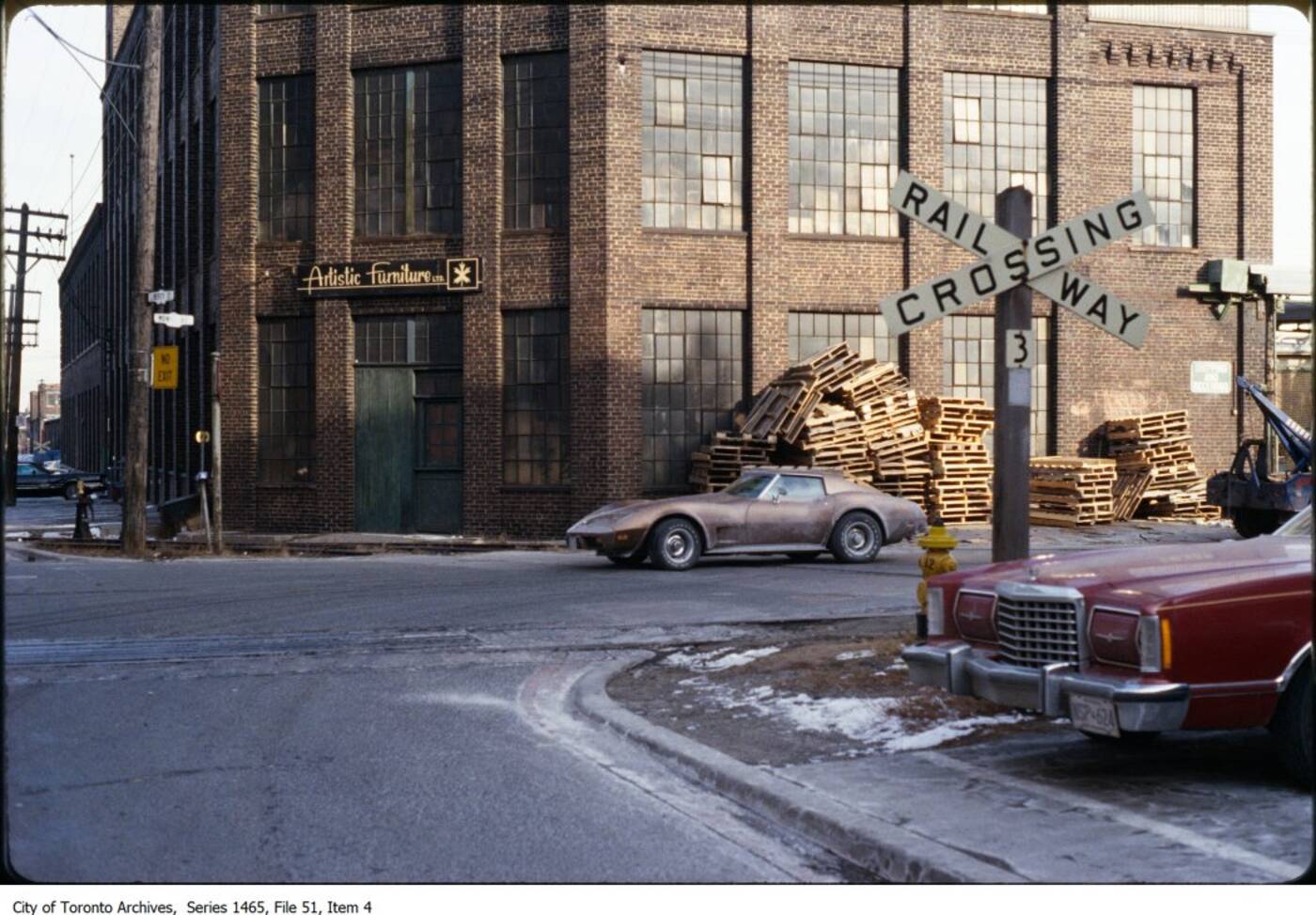 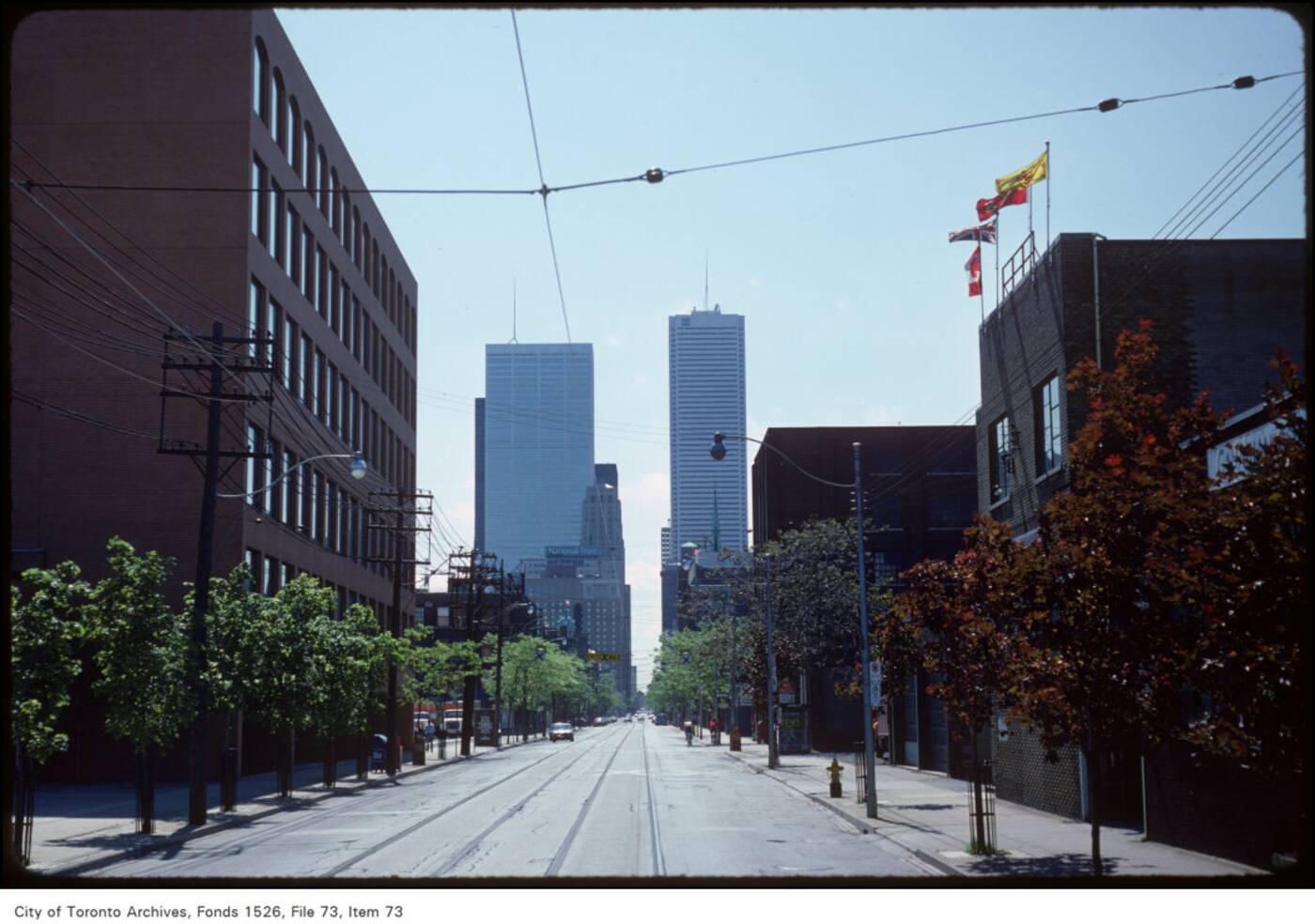 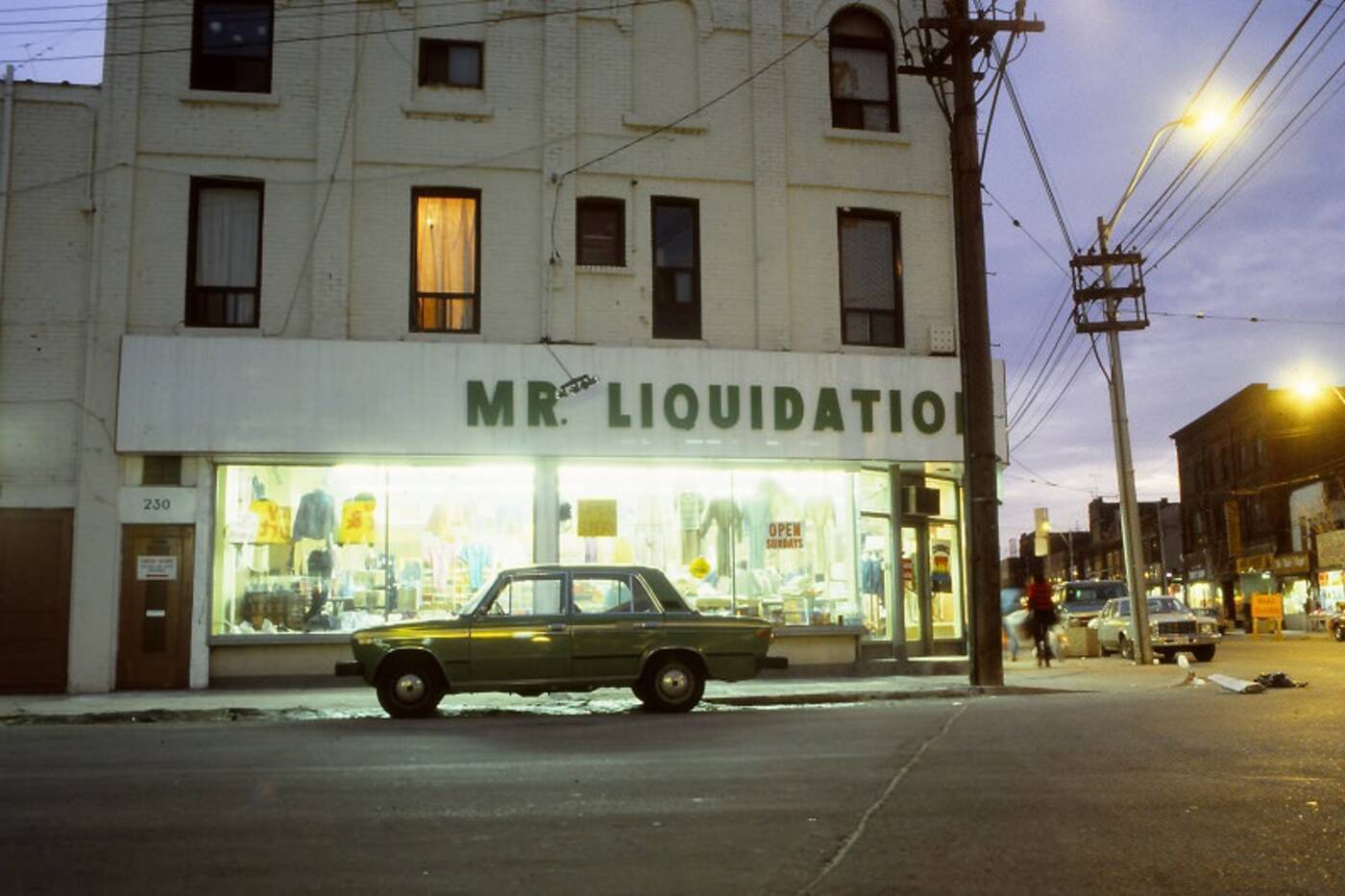 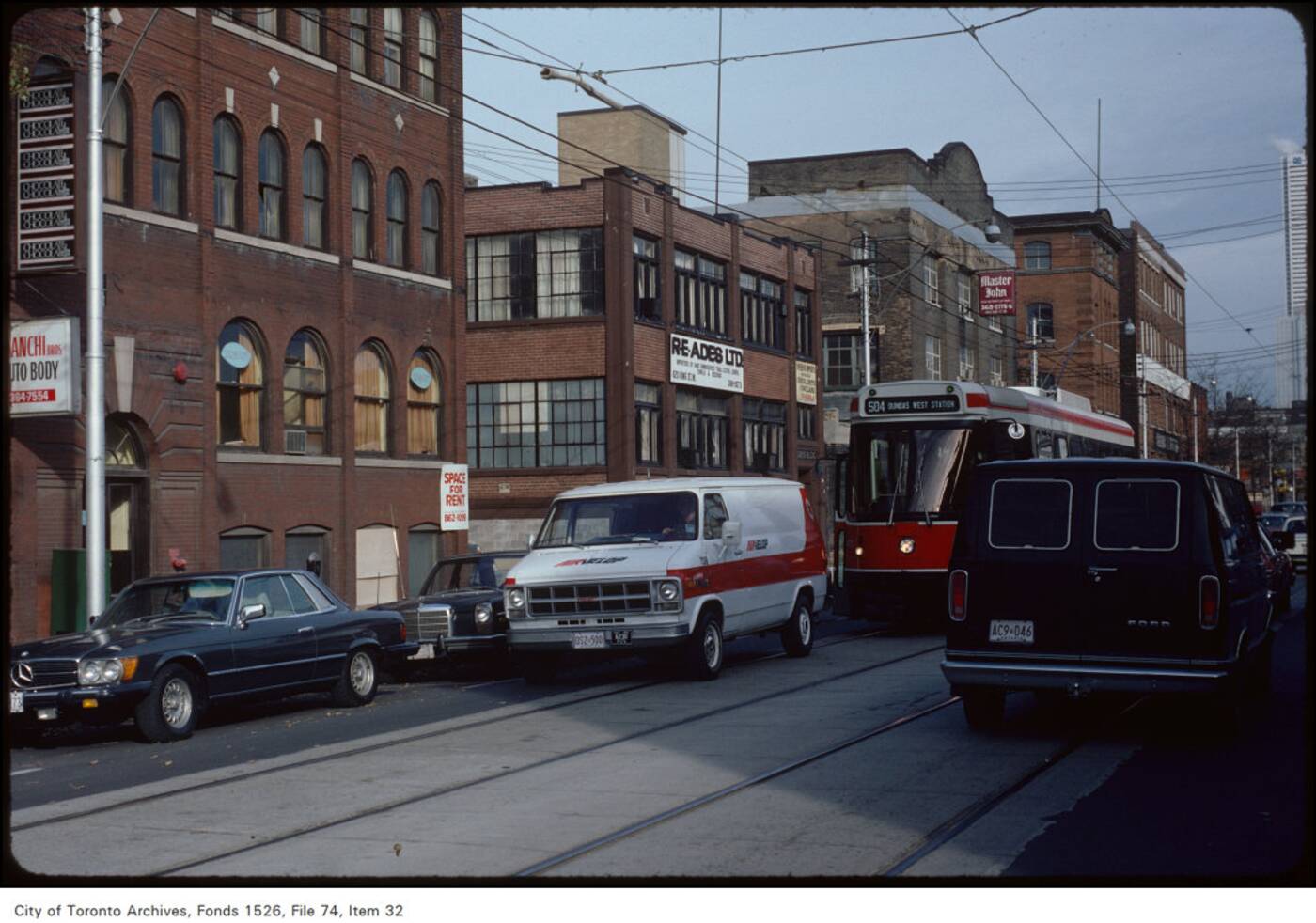 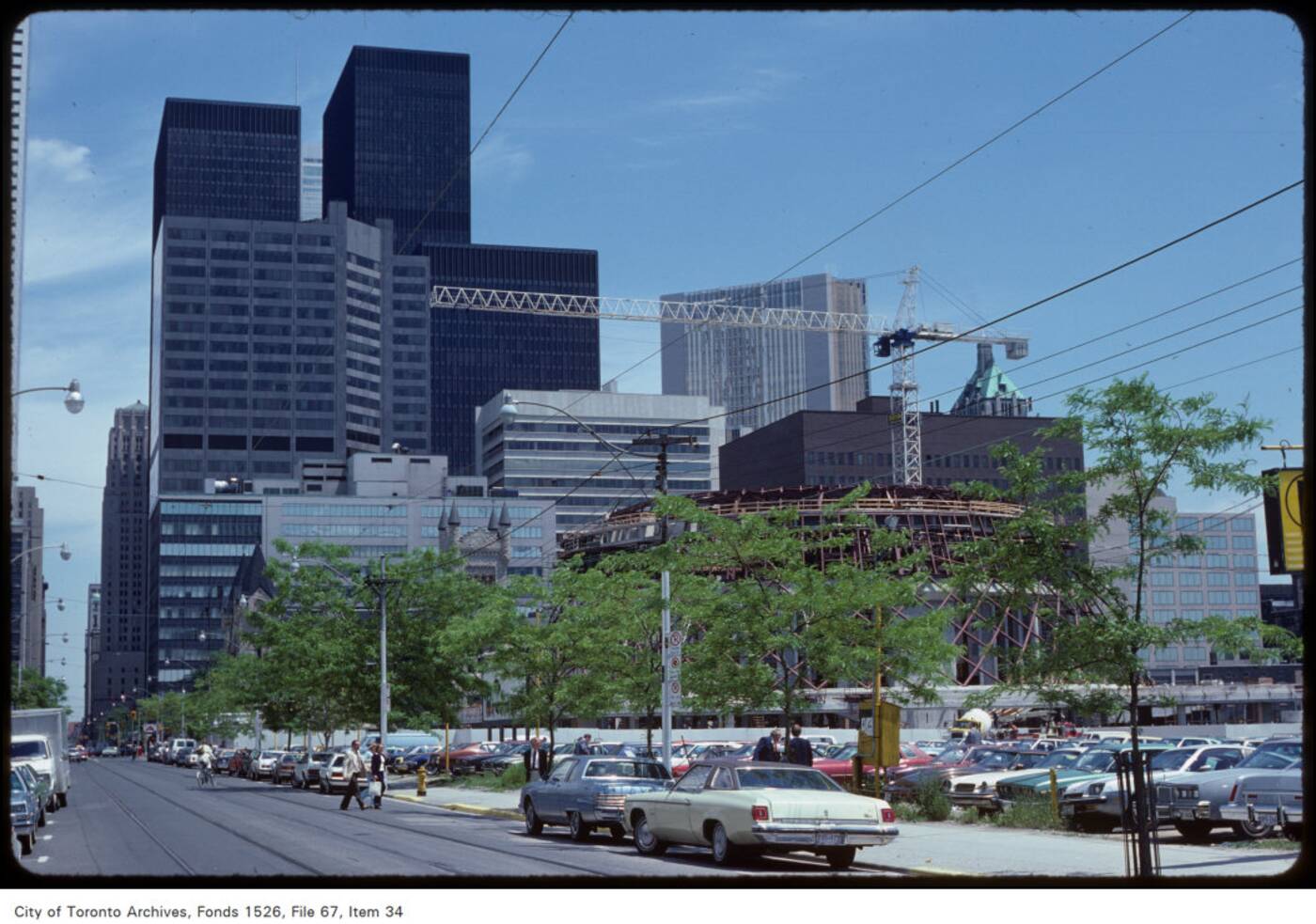 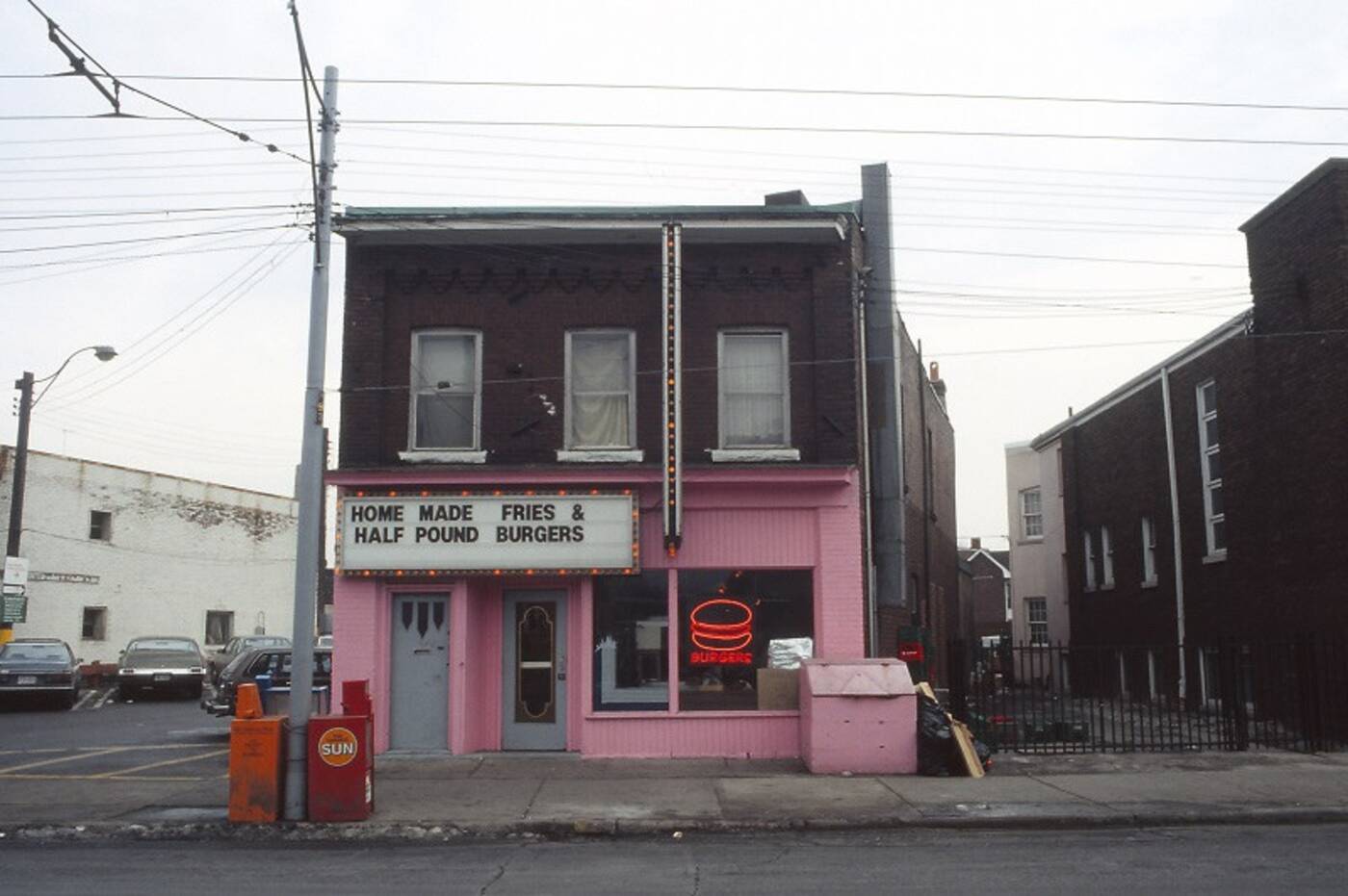 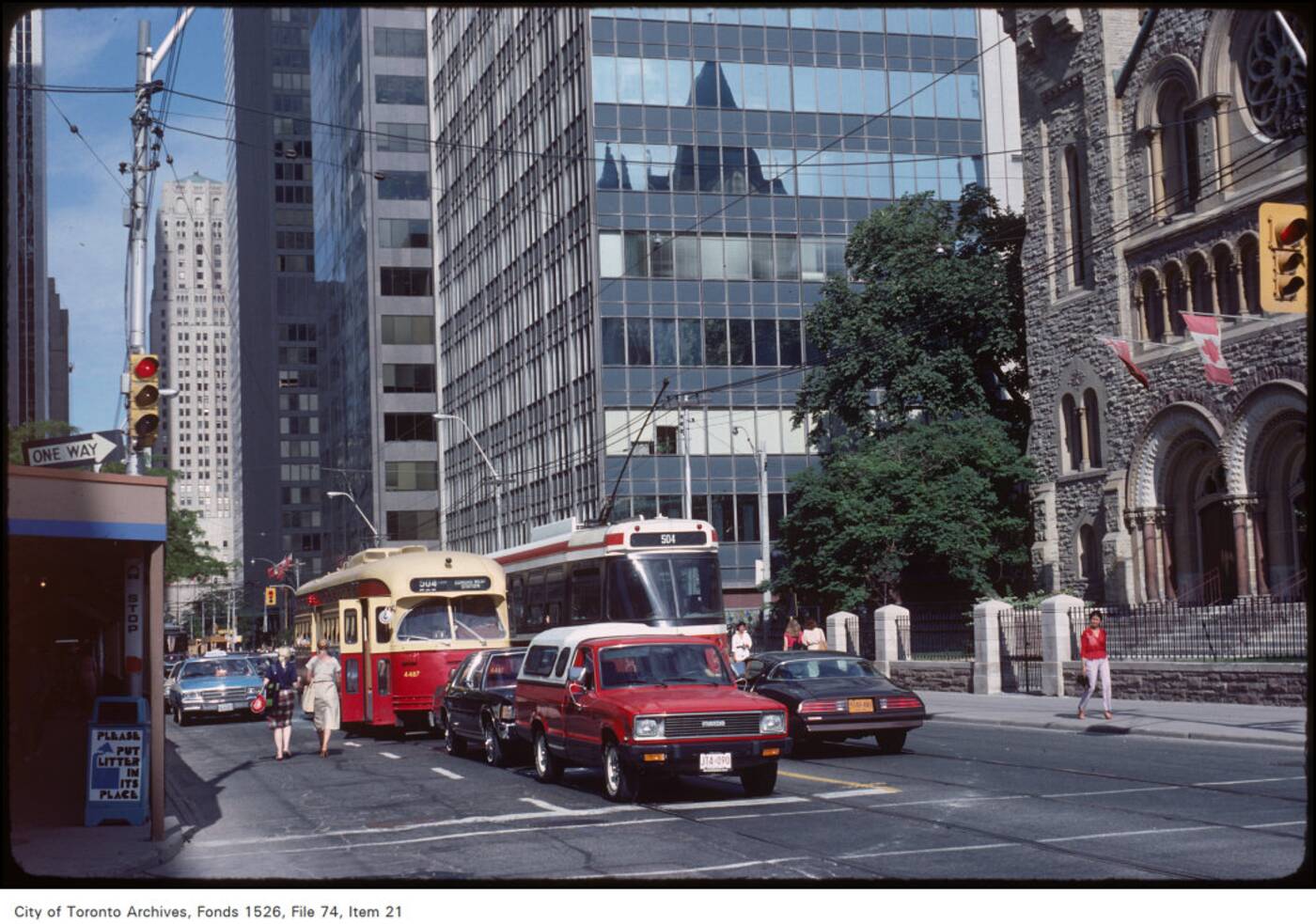 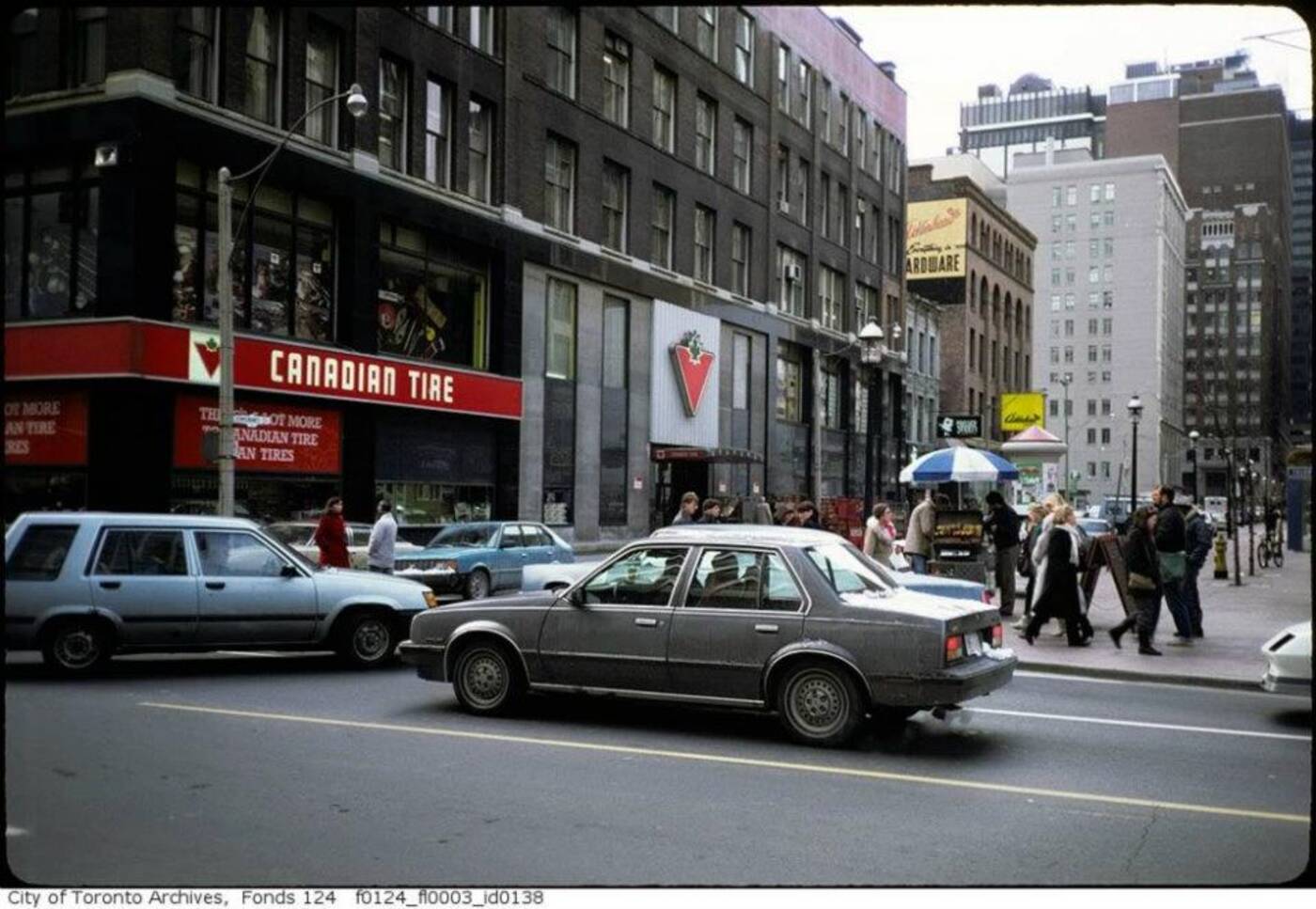