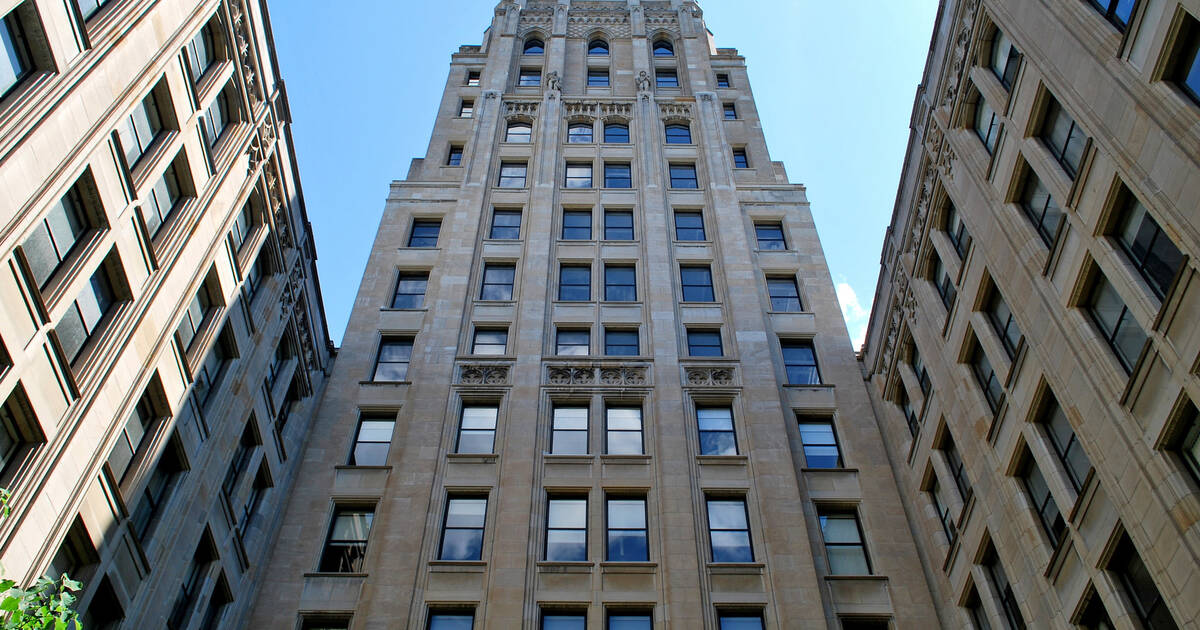 Toronto is home to a few Art Deco towers, including Commerce Court North and the Tower Automotive Building on Sterling Road. One of the city's most beautiful examples of this architectural style, however, is one of the least appreciated.

Completed in 1932, The Whitney Block Tower tends to lack due attention likely because it's been mostly abandoned since the 1960s.

Queen's Park and the Whitney Block when it was brand new. Photo via the Toronto Archives.

This remarkable bit of Gothic Art Deco architecture was designed by Francis Heakes and is 16 storeys. Despite its stature, it's completely empty.

For years, a select few were treated to tours of the now spooky looking interior, but it's become increasingly difficult to access the structure. It's also become increasing unlikely that the building will be re-occupied. 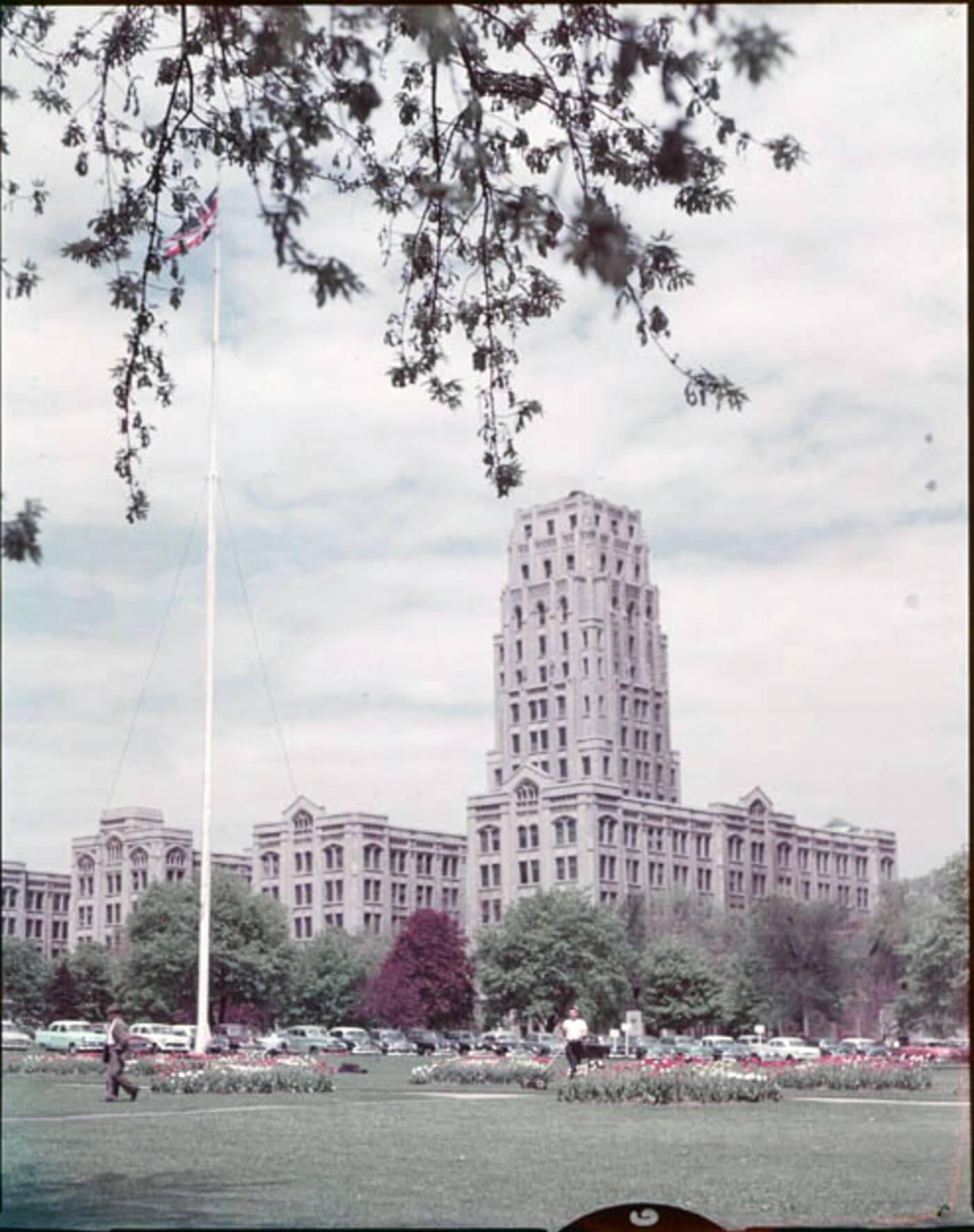 The Whitney Block as it looked in the 1950s. Photo via the Ontario Archives.

Various revitalization efforts of the Ontario government buildings around Queens Park never included the Whitney Block Tower for the same reason that it was abandoned in the first place: the building just doesn't meet fire code regulations.

With only one stairway, the building would be an absolute nightmare to navigate in the event of an evacuation. 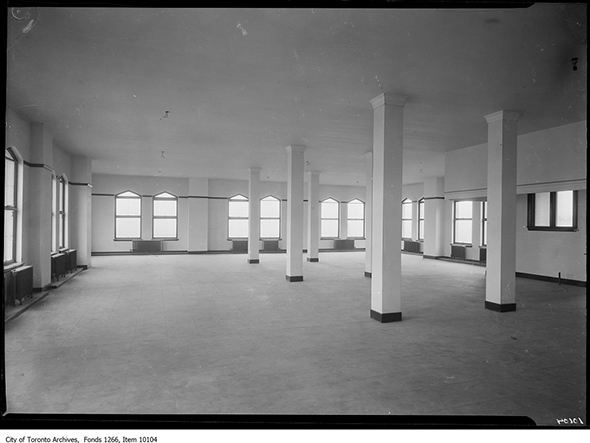 This space would ultimately become the cafeteria. Photo via the Toronto Archives, ca. 1927.

It was occupied by government staff and MPPs until 1968 when it was finally deemed a fire hazard. In the almost 35 years it was open, the tower was noteworthy for the presence of a basement bowling alley, hand-cranked elevator, and animal pens on the 6th floor, where provincial veterinary services were located. 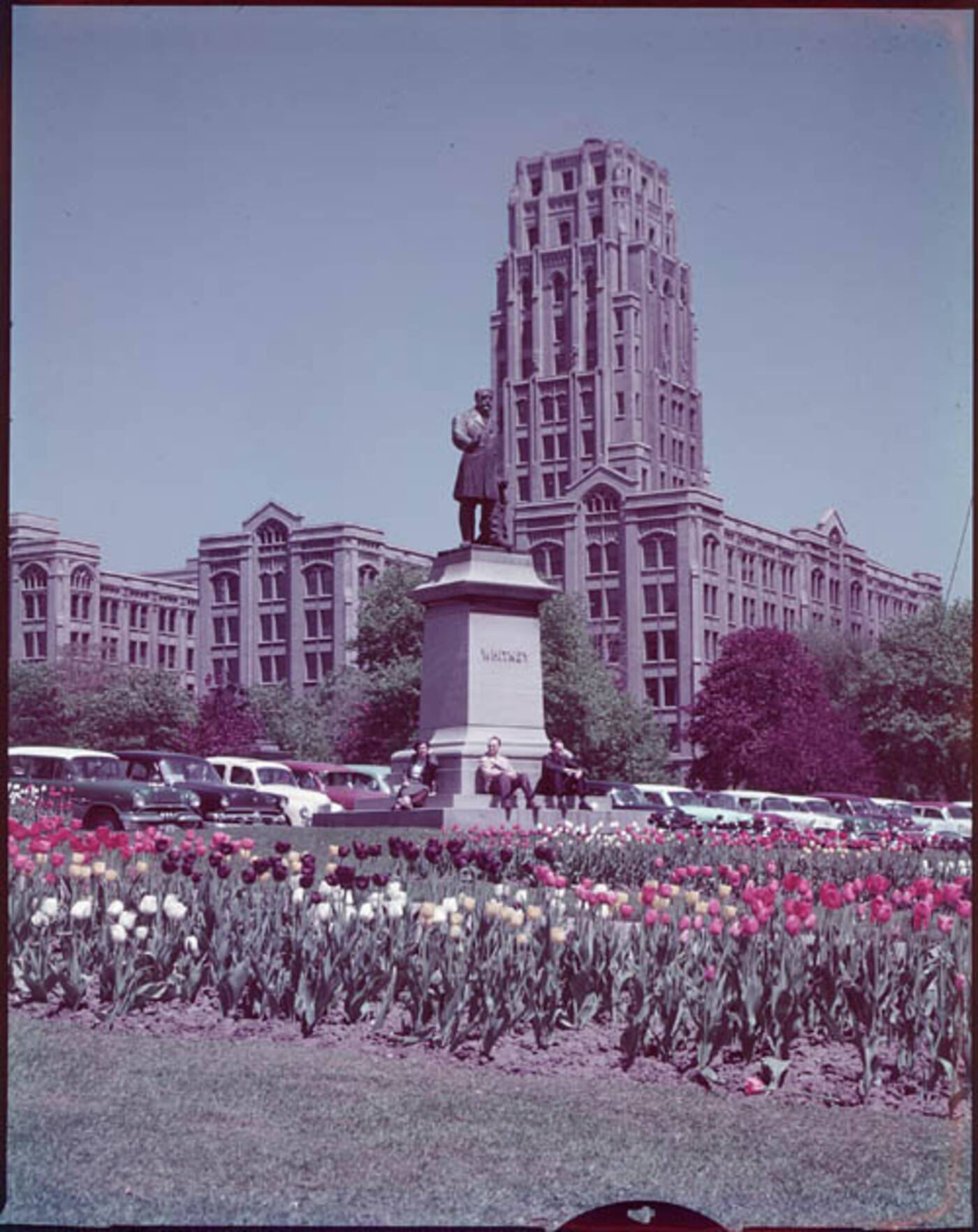 For all the intrigue and amenities, it was also notorious for being unbearably hot in the summer. Rumour has it that huge quantities of ice were brought to the top of the building in an effort to cool it down on the hottest of days, but the only way to achieve air flow was to open office windows. 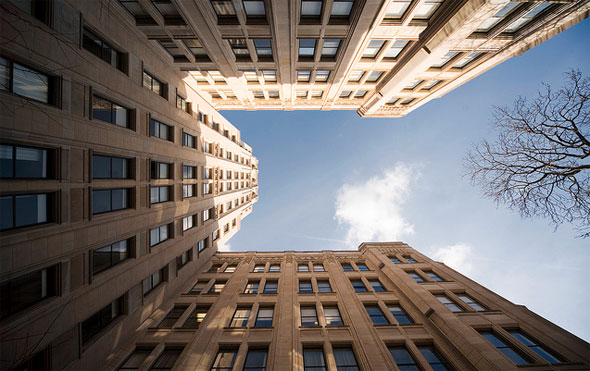 While buildings around the Whitney Tower have been revitalized, the tower remains empty. Photo by Peter Crock.

It's a minor architectural tragedy that the building has been shelled out, but unlike Tower Automotive, which was retrofitted for a new life as the home of MOCA, the work required to make the Whitney Block Tower a hospitable modern building was for a long time deemed too extensive to justify for the Ontario government.

Over the years, the government invested in keeping the exterior of the building in good shape including replacing windows and repairing the facade.

For now, the tower continues to hover over Queen's Park with a distant beauty. Perhaps one day, an ingenious architect will hatch a plan to bring it back to life. Until then, make sure to stop and take a look as you drive past.