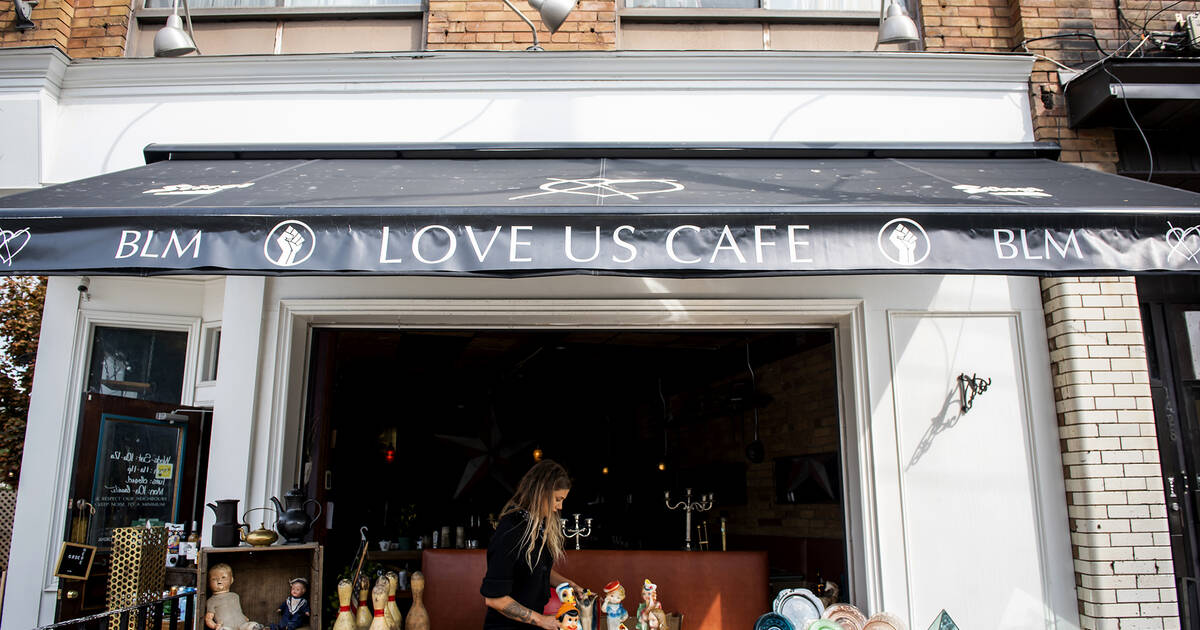 A Toronto cafe and bar took a definitive stance in solidarity with the Black Lives Matter movement by changing their sign last week.

Loveless Cafe's iconic awning now reads "LOVE US CAFE" with the acronym BLM and the movement's logo depicting a fist on either side.

If this sign makes you uncomfortable, do not worry, we will take it down when racism is over 🖤

"The long and short was I was having a hard time thinking of an original and organic way to show our support for BLM. It's close to our hearts and my staff and I have attended protests over the summer," says Loveless owner Jamal Severin-Watson.

"Basically I was watching basketball, and on the back of a jersey the writing was 'LOVE US' and it just clicked."

The Raptors have been visibly supporting the BLM movement this NBA season with messages on their buses and jerseys. All NBA players have been allowed to replace their names with slogans of social justice on their jerseys.

This is real. And it’s absolutely nonsense. Not the caption but the sign. It makes me so upset and mad but I’m sad. I’m actually sad.

Loveless had previously posted on their social media about an "all lives matter" sign at the Home Hardware on Roncesvalles just minutes away from their Dundas West location. "It makes me so upset and mad but I'm sad," reads the caption to the post.

The sign only took local company Adfactor a day to make, and Severin-Watson says the response to it has been entirely positive and that the only downside is that sometimes people think they're in the wrong place (rest assured, it's the same great bar as always).

"The sign will come down as soon as real change in Ottawa is made to combat the reality that so many are becoming aware of and we've known our whole lives. Or when we have to leave because we end up being in the 50 per cent of restaurants that won’t survive COVID," says Severin-Watson.

"So either it comes down next year or it may never, time will tell."