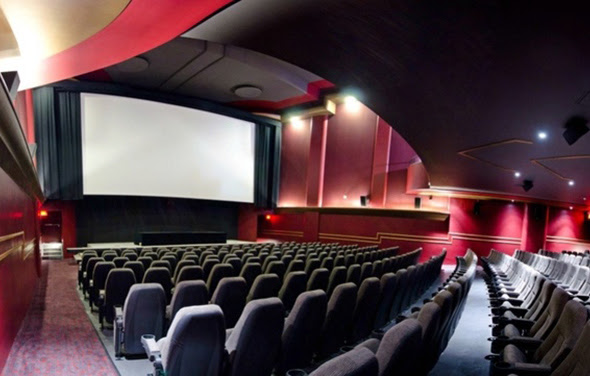 The Bloor Hot Docs Cinema is no more, but that's not bad news for documentary film fans in Toronto. Thanks to a $4 million gift from the Rogers family, Hot Docs has purchased the cinema from the Blue Ice Group and will rename the theatre as the Hot Docs Ted Rogers Cinema. The new ownership ensures that the movie house will continue as a hub for Hot Docs for the long haul.

The Blue Ice Group initially bought the struggling Bloor Cinema in 2010, which ultimately led to renovations and a partnership with Hot Docs in 2012. The theatre subsequently served as the home of Hot Docs in Toronto and as a the city's primary venue for documentary film.

In conjunction with the purchase of the cinema, a gift of $1 million has been used to establish the Hot Docs Ted Rogers Fund, which will provide financial support to Canadian documentary filmmakers. The fund will provide production grants of up to $35,000 to Canadian filmmakers making feature length documentaries over the next decade.

This is the first time since 1979 that "Bloor" will not be a part of the cinema's name, but given how perilous life can be for Toronto's old movie theatres, the money behind this new name will surely com as welcome news.

by Derek Flack via blogTO
Posted by Arun Augustin at 10:34 AM